Well, that lap around the sun went by quickly. Welcome to my 13th annual summary of the post offices and places I've visited. This was another comparatively light year: 424 new post offices spanning eight states, for a total of 10,983 post offices. This year I also revisited several dozen post offices for updated postmarks and photographs.

Two sizable trips accounted for all the new territory explored this year: one in March lasting 14 days in Texas, flying into and out of San Antonio, whereupon I put 4,140 miles on a rental car while visiting 250 post offices; and a week-and-a-half-long July jaunt through eastern Appalachia and the Carolinas, which yielded 174 new post offices. I had been hoping to break the 11,000-post office barrier during that trip, though I caught Covid for the first time and had to cut the trip short.

As always, my use of the term post offices for these purposes should be taken broadly: it includes carrier-only facilities, freestanding mail processing facilities, and Contract Postal Units (CPUs).

With the explorations in Texas I have now visited every post office between San Antonio and El Paso, thus completing the western panhandle. I used this paper map for trip-planning, with highlights to show the area I've now covered. 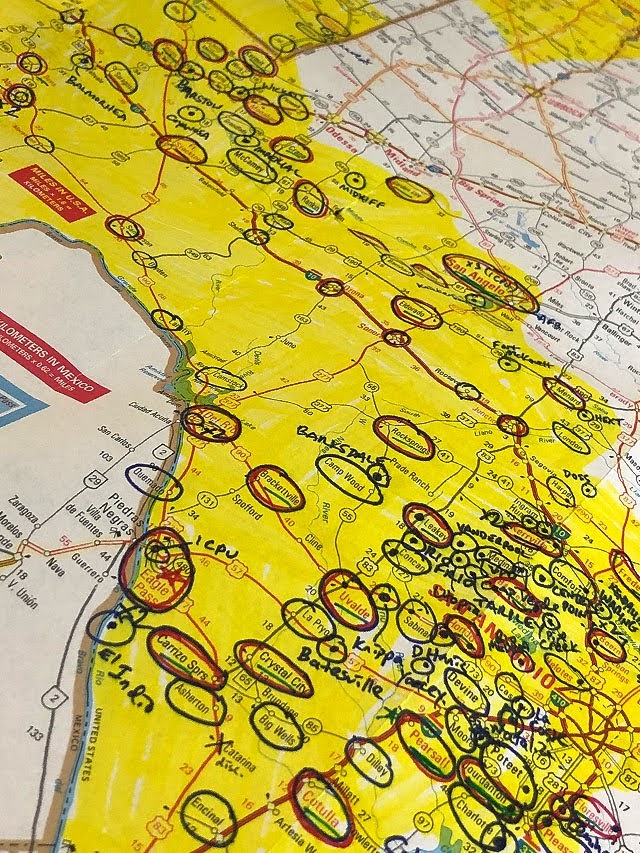 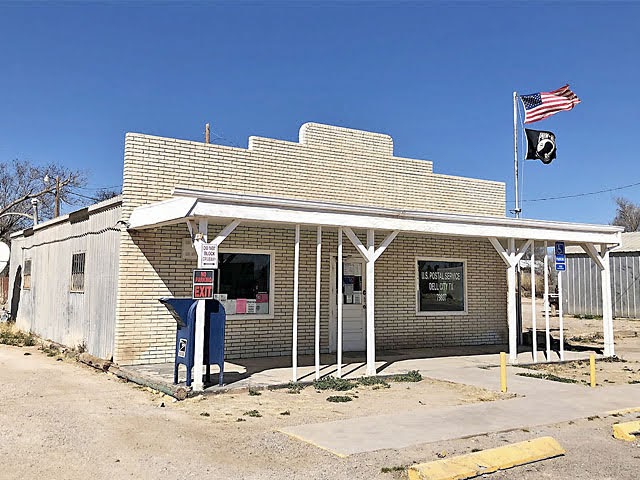 Columbia, South Carolina's Crossroads Center CPU, with operator Hugh; my second visit to an amazing operation that deserves its own write-up: 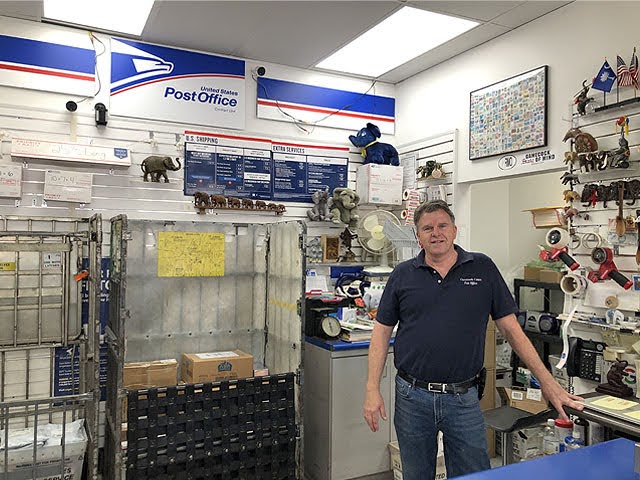 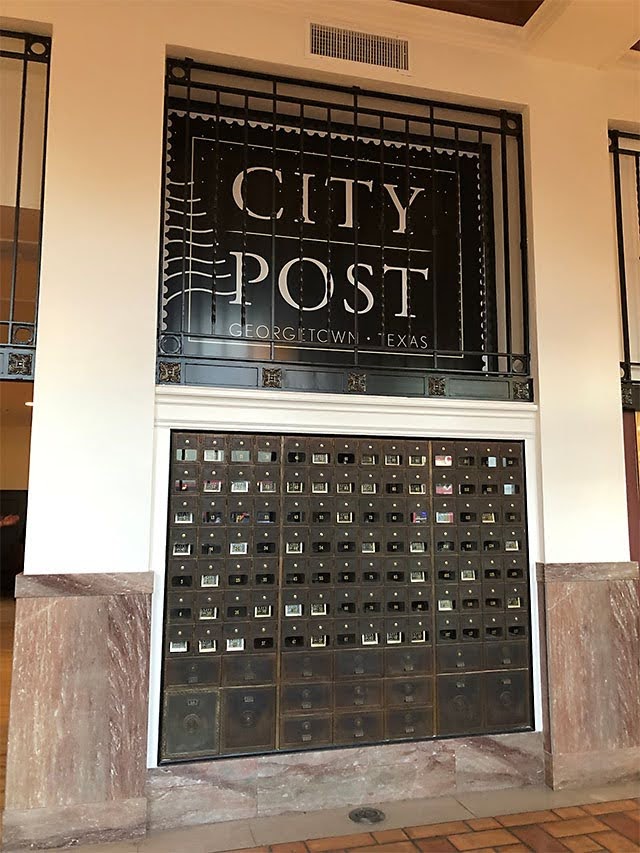 Fort Lee, NJ's New Deal post office—in the process of being unceremoniously dismantled thanks to the Borough's mayor—in front of its replacement, which officially opened on September 16 after more than a year of delays; taken December 29: 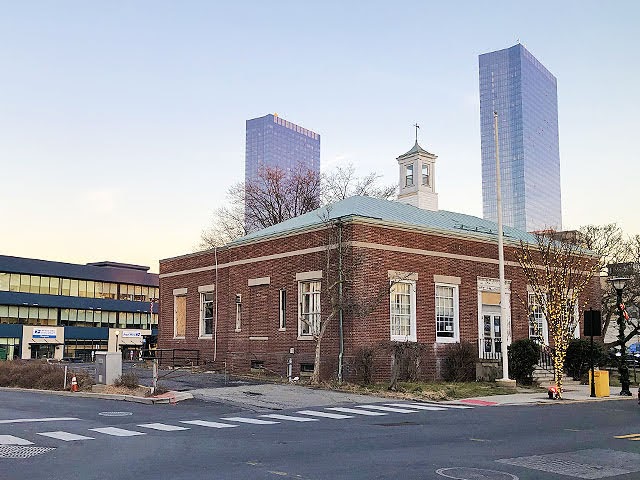 I visited as many as 34 post offices in one day this year, in Texas. State by state—and territory by territory:

Texas: 235 post offices
Focus/Foci: All of San Antonio metro area, and toward the west, including Hill Country and all post offices toward and along the Rio Grande, north of Laredo, and to the southeastern corner of New Mexico; Belton to Houston and back to San Antonio.

Virginia: 75 post offices
Western Virginia, along and west of I-81 into the mountains; Blacksburg and Christiansburg area.

North Carolina: 46 post offices
Boone and southwest, in the mountains

Pennsylvania: 12 post offices
Southeast of I-81, near Maryland border 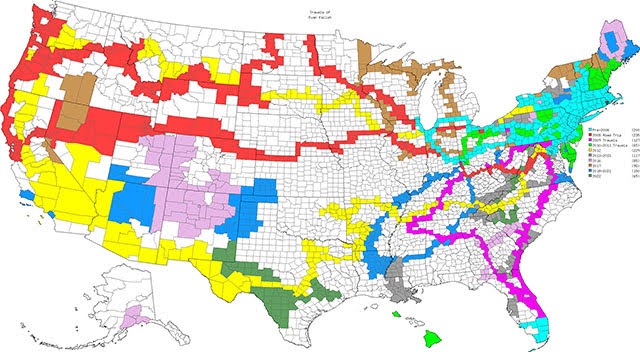 Thanks for reading. I have so many stories, and I always mean to sit down and write. Life just gets busy though, don't it?
Evan
Posted by Evan K. at 7:15 PM 1 comment:

Hello, everybody! Despite my lack of posting it has been a decent year for post office visits thus far, with a couple of sizable trips and some great stories. And, more importantly, the seventh annual Postlandia calendar is charging full steam ahead, with 12 all-new photogenic and interesting post offices and stories from all over the map.

The direct link to order online is here. 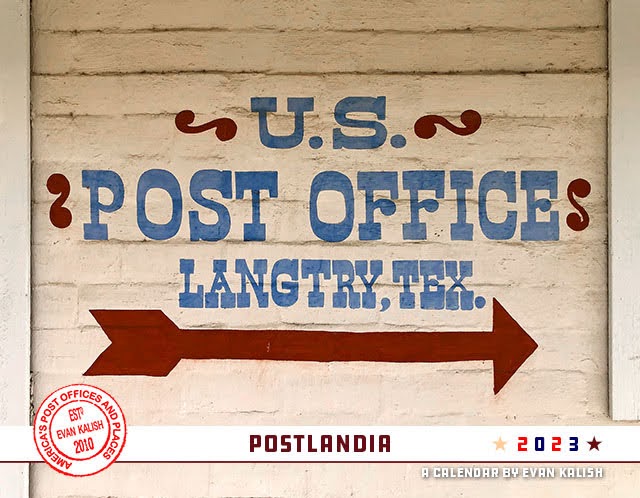 (There's another image of this post office, and information about it, inside.)

As always, the calendar's selection of post offices is broad and varied in multiple respects: geographically, by size, by age—you name it! Which big-city post office was built off the preserved front of an old dairy? Where can you find the "Mail Bear," who guards your postcards as you deposit them into a tree stump? What does the second oldest [continuously active] post office building in America look like today? Which 1930s post office was robbed by thieves who broke into its safe using an acetylene torch? All this, and more, in the 2023 Postlandia Calendar of Post Offices and Places.

All calendars are printed on demand using the website Lulu. I've been using them for years and they've never disappointed. The images are full-size and they look amazing. The paper is super high quality; you can write whatever you want using a Sharpie and nothing will bleed through. You get all sorts of postal trivia tidbits to accompany all the usual holidays you'll find on a normal calendar. Basically, you will love it. Here are a handful of (small, compressed) sneak-preview images to whet your appetite if you're not already convinced:

Head for the Hills (of North Carolina): 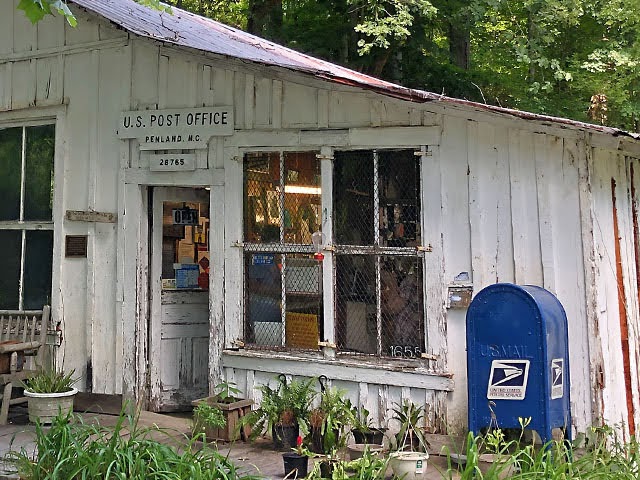 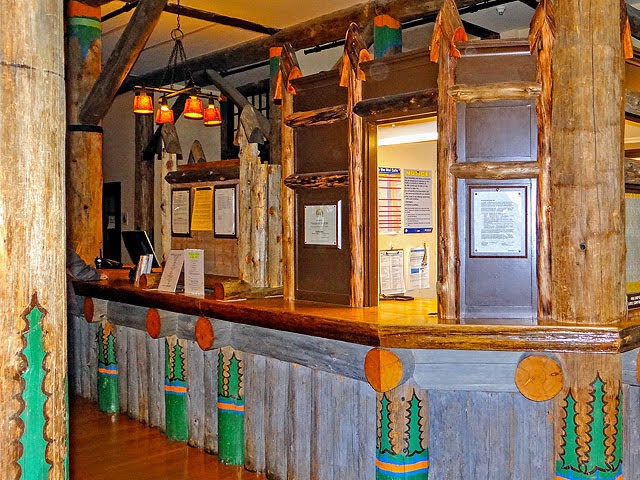 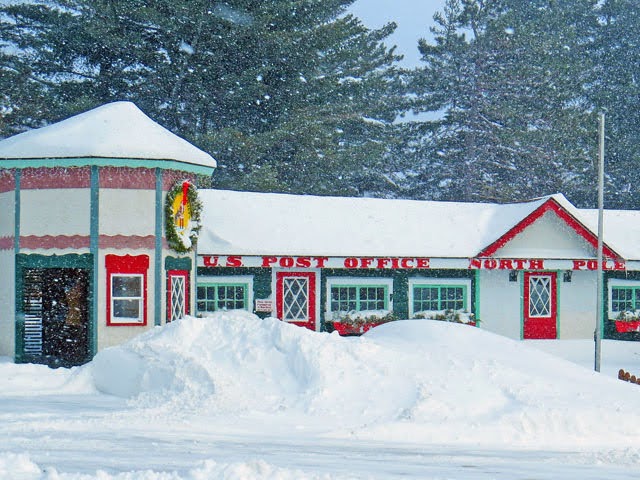 Proceeds from the calendar go to supporting more trips, hundreds more post office visits, hundreds more images to post in the Post Mark Collectors Club (PMCC)'s Online Post Office Photo Archive, and more stories (which I always hope to eventually get back to posting here). Driving 4,150 miles to visit 250 post offices in Texas and New Mexico takes quite a bit in gas money! (Especially this year. Oy.) For the first time in years the price of the calendar has increased, but I guarantee it's still worth every penny. Don't forget to use your discounts, and thank you all for your support.

Again, the link to order the 2023 Postlandia calendar directly from our publisher, Lulu, is here. Sincerely,
Evan (Postlandia)
Posted by Evan K. at 5:43 PM 2 comments: