While the Postal Service faces brushes with Congress and some other close shaves, I thought I'd note that there are at least two places where you can get a haircut and conduct your postal business -- each instance within the same building, and once without having to leave your chair! (Well, just about.) The two locations are very different, but I found both staffed by friendly folks with impressive philatelic selections. So let's have a look:

Guild, New Hampshire post office
First thing's first: the town name is actually pronounced "Guile". You'd never know how to pronounce the name of this town right unless someone told you. I definitely didn't know it wasn't pronounced "Gild" until, shall we say, the Postmaster in an adjacent town was able to figure I wasn't from around there and helped me out a bit.

Nestled between the two larger towns of Sunapee and Newport, I was able to learn about this mill town's heyday from knowledgeable Postmaster Michael Mosher, who's served the community since 2003. I really enjoyed getting to see a century-old photo of construction in the town featuring -- clearly visible -- the exact building in which I was standing. I can't recall if the P.O. was in the building at that time, though it could well have been given as the Guild post office was established in 1882. Around the front of the building is the local salon. The post office is being considered for closure under the Expanded Decimated Access program. 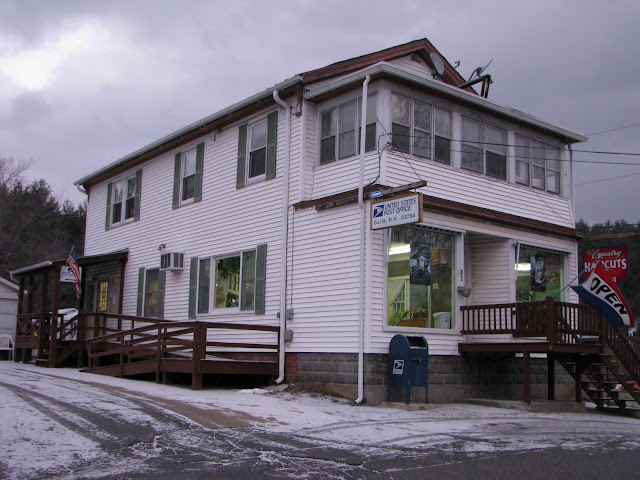 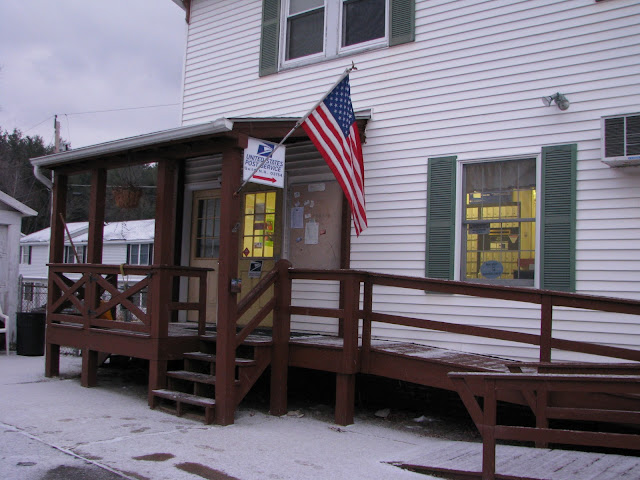 If walking around the corner of a building places too large a gap between your package shipping and your shampooing needs, you could move to Hagerstown, MD, whereupon the southwest part of the city is served by a CPU that has shifted locations frequently of late, but which appears to have settled down. Here's a map of the current placement.

Okay. At first glance I was seriously convinced that the sign read Shippin' and Clippin'. I thought that was the store's name, but the CPU wasn't a part of the salon's business model until late 2009. 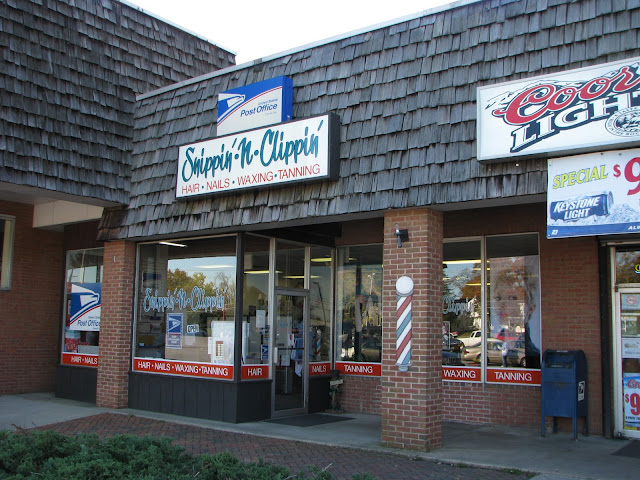 (The Census-Designated Place of Halfway is so named due to its equidistance from both Hagerstown and the neighboring town of Williamsport) I chatted with a bunch of ladies by the postal counter, a couple of whom work at the salon, along with some customers. Everyone was really friendly, including the contractor, and I bought two sheets of the Civil War commemorative stamps from her. Many CPUs just carry the least-common-denominator Bell stamps. (Heck, VPOs are forced to sell those and nothing more.) This was an impressive showing.

This part of Hagerstown was served by a location known as the Virginia Avenue CPO for quite some time until the mid-'00s. At that point a CPU was opened at E. L. Jones & Sons, a model train / hobby shop, from Oct. 2006 to early 2007. The CPU ultimately re-set up shop at S&C in Oct. 2009. (This information comes courtesy the impeccable PMCC Post Office Directory, for the record!)

Relics of the former site can still be found...: 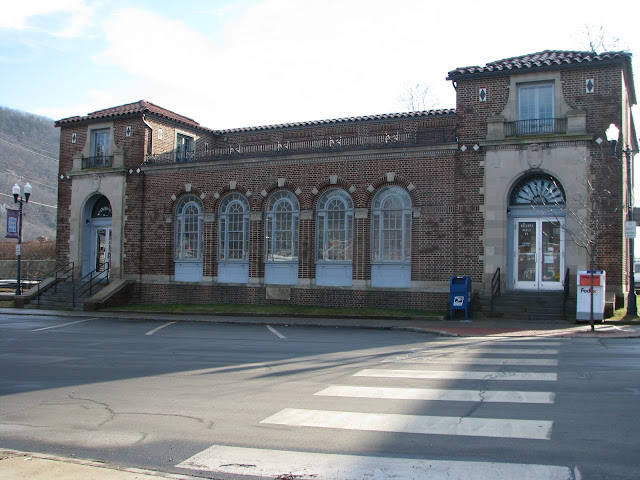 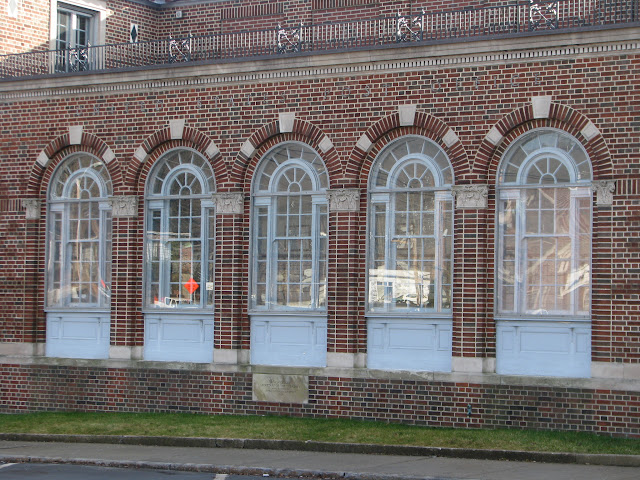 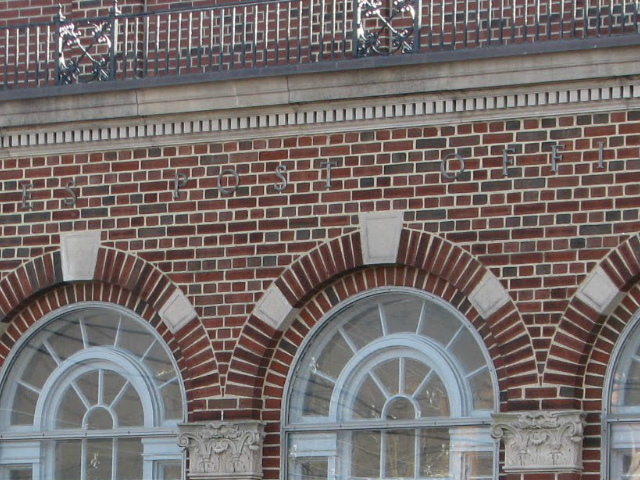 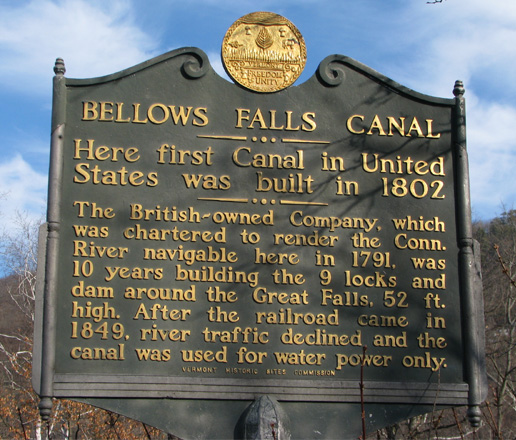 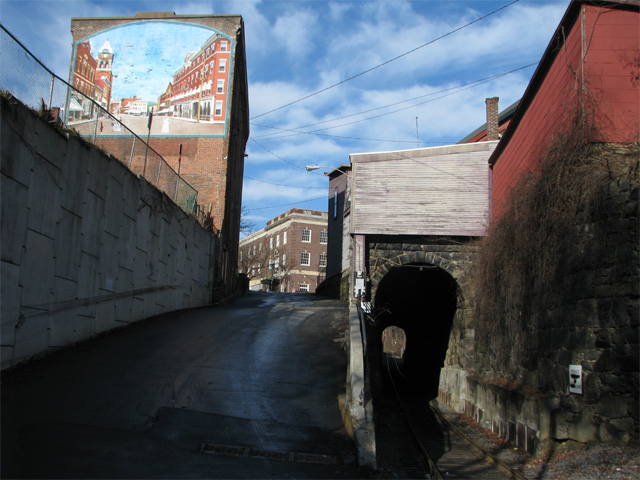 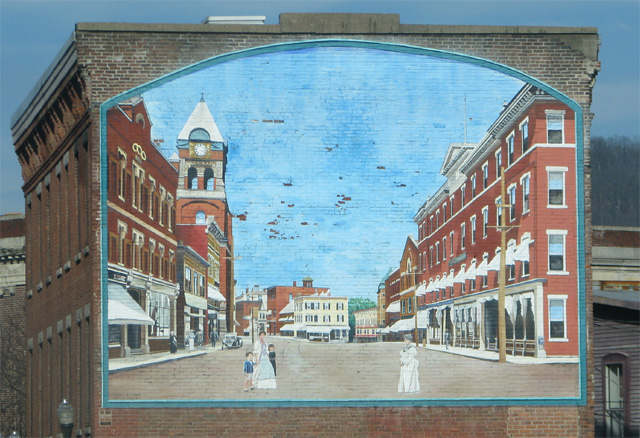 LinkVermont.com has more information about some of the other unique aspects of this authentic New England town.
Posted by Evan K. at 11:57 PM 3 comments:

And, it's been a while. That's what the final semester at grad school will do to you. I suppose there's time for a brief post, and I've long thought it might be fun to show y'all a few state capitals... or are they?

There are dozens of examples of this, to be sure (most notably the case of Springfield); here are just a few that I've visited. 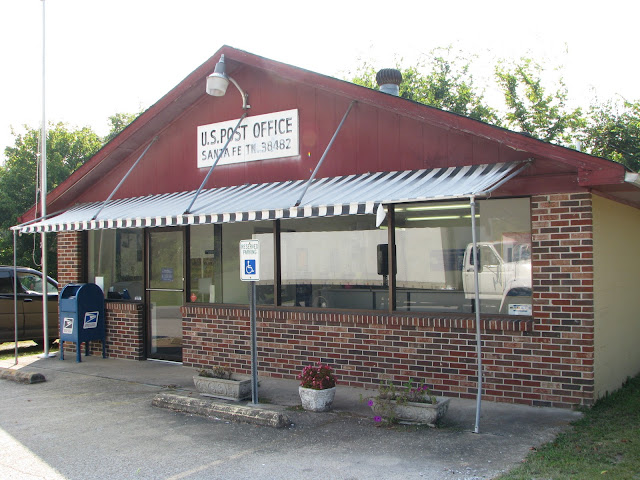 About an hour southwest of Nashville, Santa Fe is near the Natchez Trace Parkway, one of several quaint isolated post offices I visited in central Tennessee back in '09. Got to Santa Fe just as they were picking up the daily mail; you can see the truck reflected in the front window. 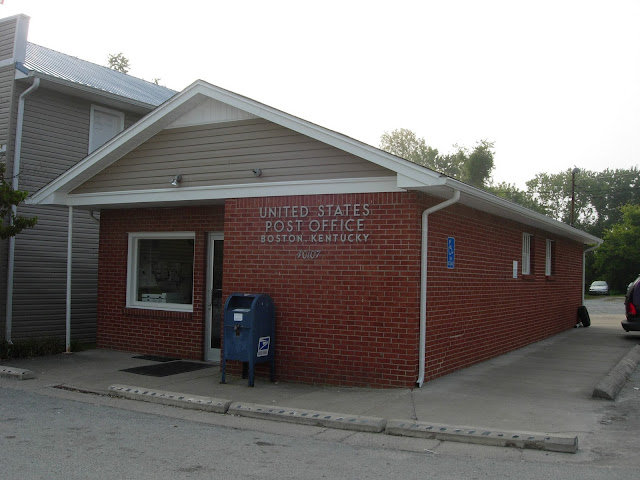 Just southeast of the massive Fort Knox, and 40 minutes south of Louisville. It had been a beautifully misty morning in rural Kentucky, though it had become sunny by the time I arrived in this quaint little town, which featured a gas station and general store. The post office is on its own little side road, Post Office Court. 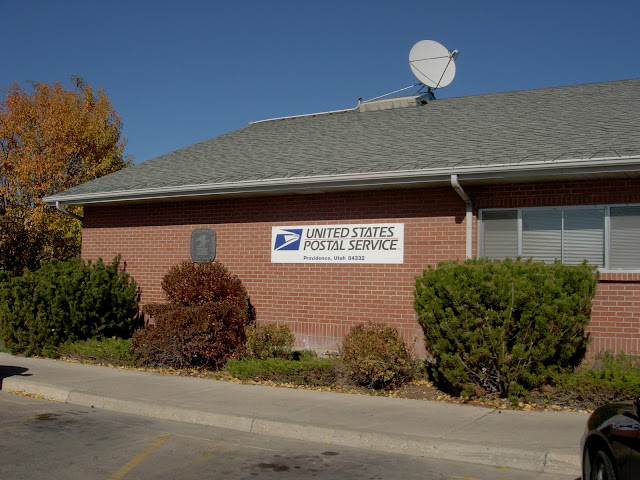 Back in 2008, after meeting some wonderful folks in Oregon, I was invited to stay with them in northern Utah. Of course I took them up on it. As part of their tour of the area they took me to a handful of local post offices, including that of Providence. Other great sites included the rich autumn foliage in Cache Valley. 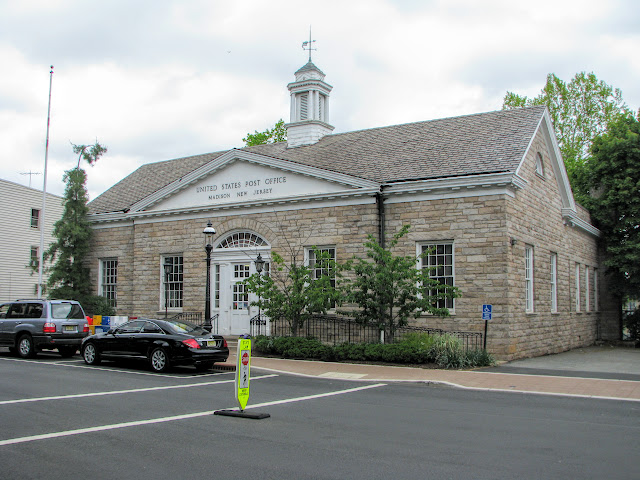 As part of my spring 2011 New Jersey Saturday Postal Run series, I visited Madison, a grand building along a main street across from an equally grand train station. Their carrier annex, a few blocks away, was much more reserved. 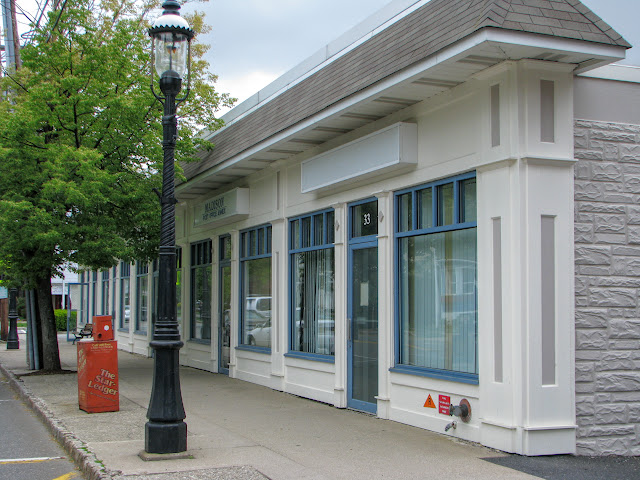 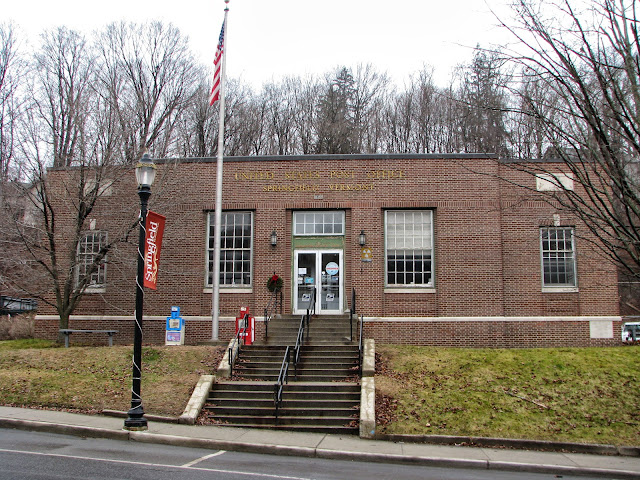 My very first post office of 2012 was in Springfield, a gorgeous New England mill town in a valley along a river. The building was constructed in 1935: 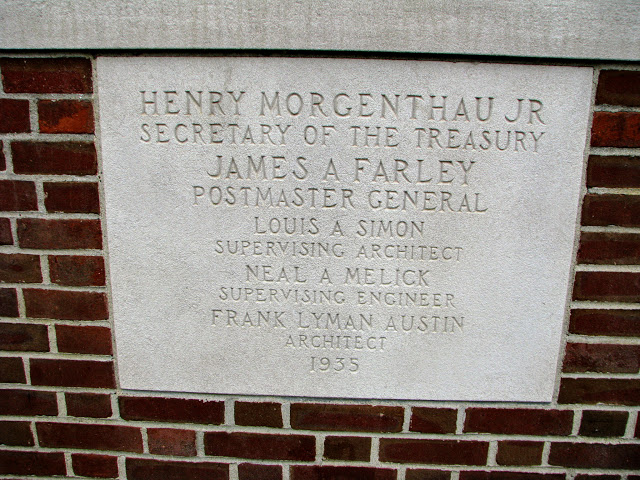 Springfield, Vermont's claim to fame was winning a nationwide contest that won it the premiere of The Simpsons Movie back in 2007. Their mayor rolled a giant doughnut down Main Street! A souvenir of that is in the Chamber of Commerce, down the road from the P.O.
Posted by Evan K. at 10:42 AM No comments: