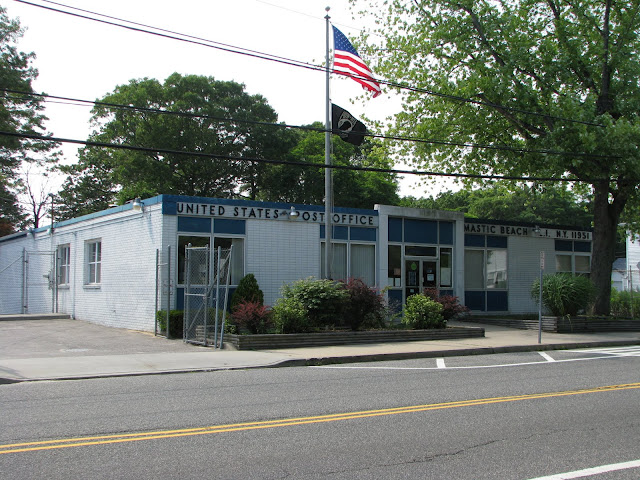 The postal service appears to have given the general public a full four days' notice in publicizing the decision to shutter two stations in northern Kentucky. The town of Newport is just across the Ohio River from Cincinnati.

USPS's Cincinnati District is highly aggressive in closing its offices, and has been running roughshod over its stations in Cincinnati, Dayton, and northern Kentucky. Of all cities in America, Cincinnati has seen the largest number of post office closures. More about that in this GP entry.

Newport's Spence Station, featured in this GP post, was open from 8 A.M. to noon on weekdays and, being in such close proximity to the Newport Main Post Office, its closure was rather inevitable.

The clerk in Newport's Dayton Branch was proud of her post office: it was colored red, white, and blue. She made a special effort to assist this postmark collector, which was very much appreciated. 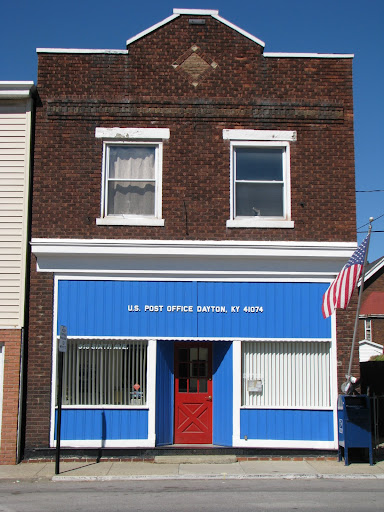 Furthermore, the author discovered the closure of Newport's contract branch at Northern Kentucky University (NKU) the hard way: while it was listed online, the office had already been closed for more than a month. Its date of discontinuance was August 27, 2010.

The branch was located in the basement of NKU's University Center: 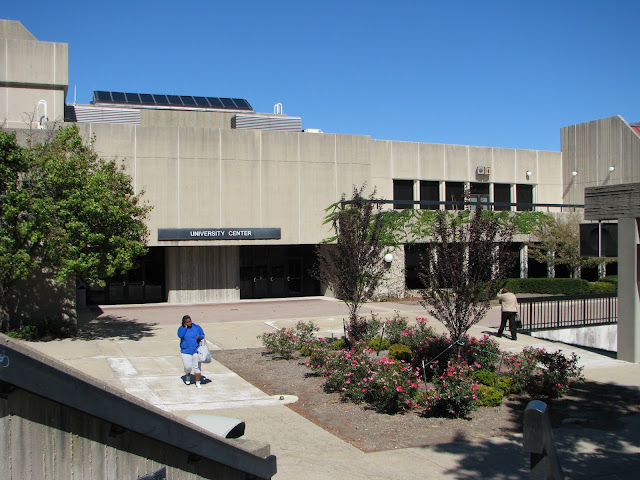 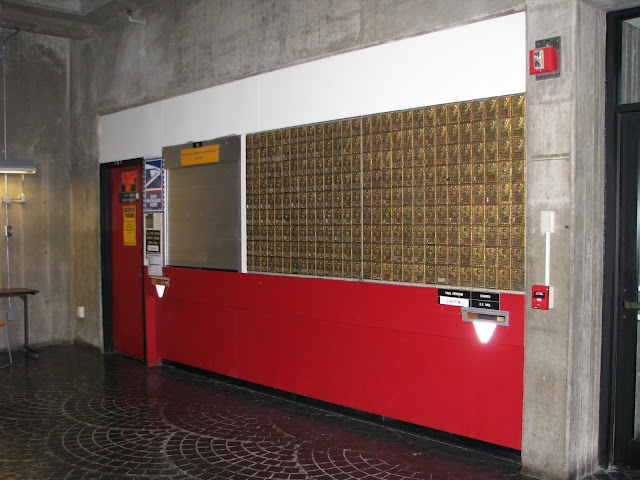 The orange sign above the window reads: "Northern Kentucky University // 41099". The yellow sign on the door states: "NOTICE OF CLOSURE // This Post Office station will close PERMANENTLY Friday, August 27, 2010 // 2 pm // We regret any inconvenience."
Posted by Evan K. at 9:58 PM No comments:

I suppose it's best to start with what once WAS the Bay Shore Main Post Office, now known as Bay Shore's Penataquit Station. Built by the Treasury Department during the '30s, it's a WPA post office, complete with a piece of commissioned relief sculpture and a beautiful wooden counter area with a great sign above that says "Bay Shore". (The font is quite unique and lovely.) 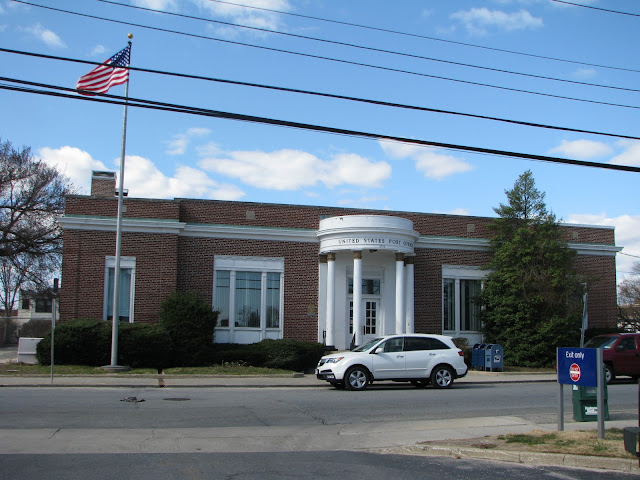 Believe it or not there's a Wikipedia page devoted to the Bay Shore Post Office, though it's a mistake to still call it that. As the page will attest, the post office was one of many WPA facilities to be added to the National Register of Historic Places, in 1988.

As the town expanded, the post office needed more room to operate, and primary operations were moved to the outskirts of the town in the '60s (or, what appears to be the '60s based on the architecture of the building, shown below). It's quite a nice building: white brick with light blue accents. 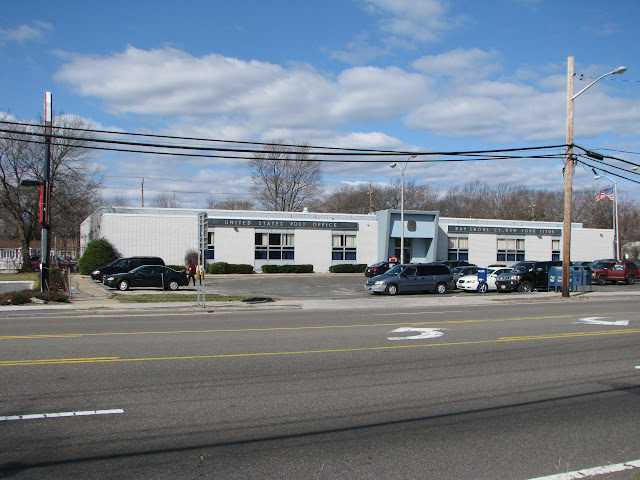 The best part of the new office, in the author's opinion, is this wonderful mosaic featuring the Post Office Department logo:

Well, almost. It WAS a beautiful mosaic with the old logo; however it now features a bolted Sonic Eagle [new USPS logo] on top of it. Some people have no sense of posterity: 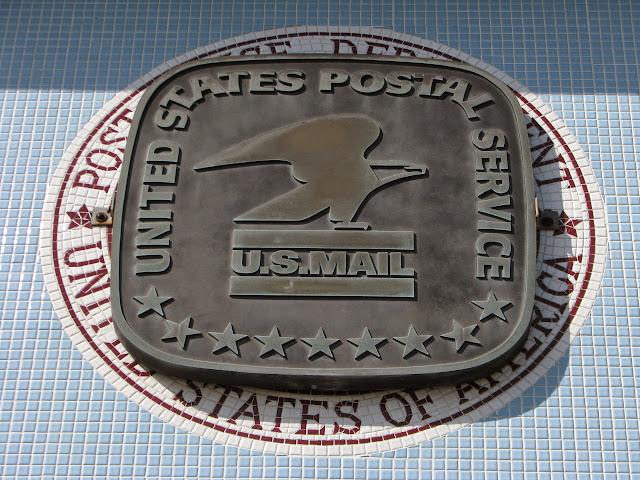 At the corner of Broad St. and Homestead Ave. lies a construction site: 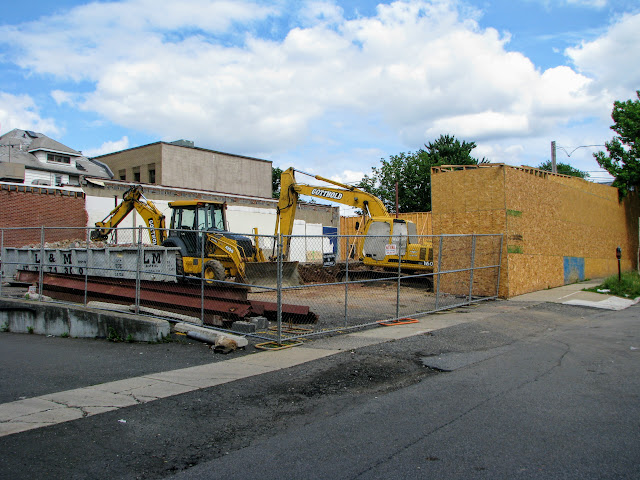 The landlord of 201 Broad St. in Palisades Park, NJ evicted the post office last September, and in the building's stead is a giant hole in the ground. According to a sign on that particle board fence, a two-story ["reinvention of downtown Palisades Park"] office building is coming.

Here is the Google Maps Street View of the former post office site at 201 Broad:

The office has since moved four and a half blocks to the first floor of this building. It has hardwood floors, P.O. Boxes, and two friendly clerks. At 117 W. Central St. Suite A, the entrance is at the left of the building, not under the main awning. 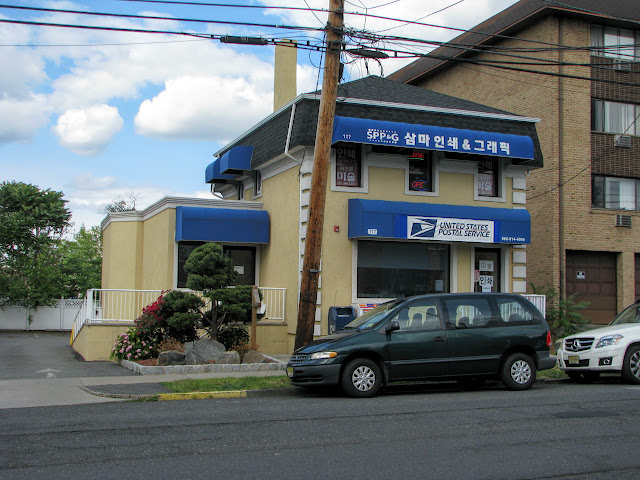 Back in February, after I visited the Broad Channel CPU featured in this popular post, I was surprised to find that the Fort Tilden post office was not open. It was a Friday during normal business hours, after all.. and lunch only lasted from 12 and 1!

The sign on the door effectively stated "Closed: no heat."

In fact, that was the only sign on the door: aside from some mailboxes and a blue box out front, there was virtually no way to know this building housed a post office. Well, close -- after you look for a little bit you see a paper-sized sign in the window with USPS's Sonic Eagle logo and the office's hours on it.

Here are two views of the office: 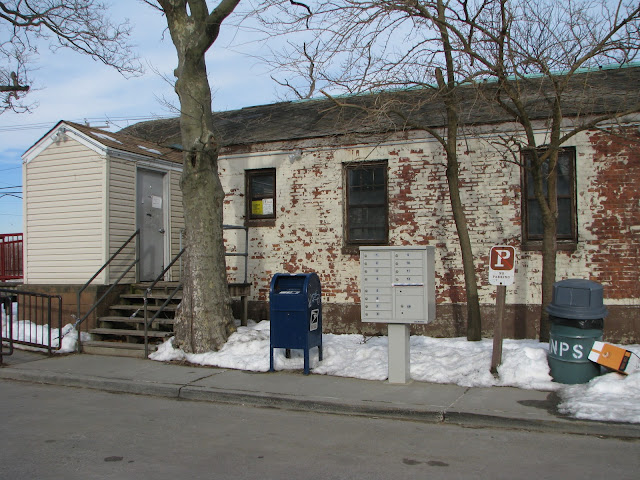 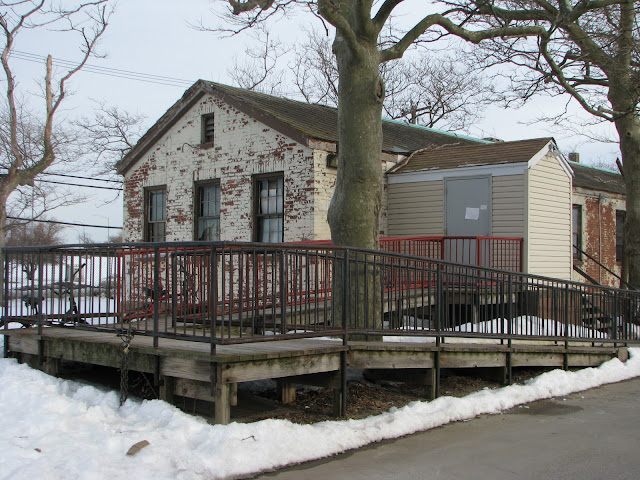 I was told the post office (technically a CPU) was likely to be closed soon, due to the building's utter decrepit condition; but I had no idea it was like this. I learned later that the post office was known to close one day a week during the winter, due to lack of heat. In New York City!

The post office served the small community of Breezy Point at the western end of Far Rockaway, and was located at the exact location signified on this map:

Fort Tilden was an actual, well, fort. Established in 1917 and decommissioned in 1974, it how houses to two arts organizations and is part of the National Parks Service: Gateway Recreation Area. You can find more about Fort Tilden here.

Given the largely residential nature of the Breezy Point community, it seems unlikely that the post office will be able to find a new commercial establishment to call home within the limited area.

The nearest post office is Far Rockaway's Rockaway Park Station, 2.6 miles away. A photogenic post office in its own right, it's now the destination for Breezy Point residents' P.O. Box and retail needs.

Here's a map showing the trek from one location to the other: 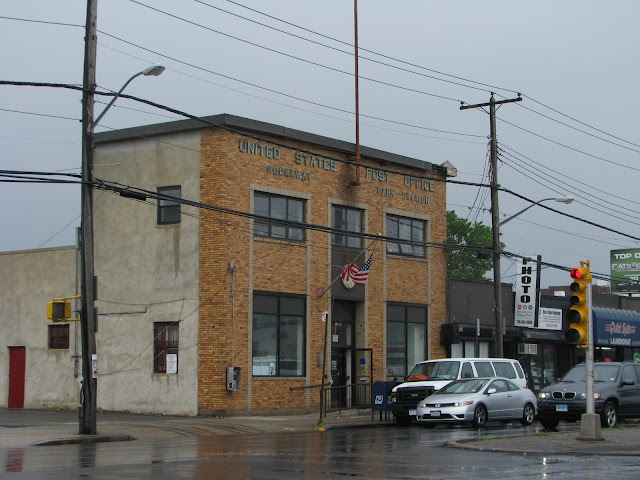 Now the Fort Tilden post office, I was told, was going to be saved by the office of now-disgraced Congressman Anthony Weiner, who serves the District that includes south Queens and parts of Brooklyn. Apparently that plan fell through: While the office lasted through February, when it was originally scheduled to close, it was finally shuttered on April 30.

A treat for those of you who have read all this post: Here is the Facebook page for the Fort Tilden post office, made by the contractor. You can follow more of the story there.

On a side note: The contractor misspelled Tilden on the Facebook page ("Fort Tillden"); and the postmark actually read "Fort Tildeo". Fascinating, no?
Posted by Evan K. at 8:15 PM No comments:

The author's reason for the general lack of updates is the same as last week's. This will be another simple post.

Here are four post offices, of varying styles, from southern Brooklyn, NY. These were all visited by the author twice: first in 2009 to collect the respective stations' postmarks, and last year to photograph the offices for the PMCC Museum Photograph collection. Driving is the way to go. 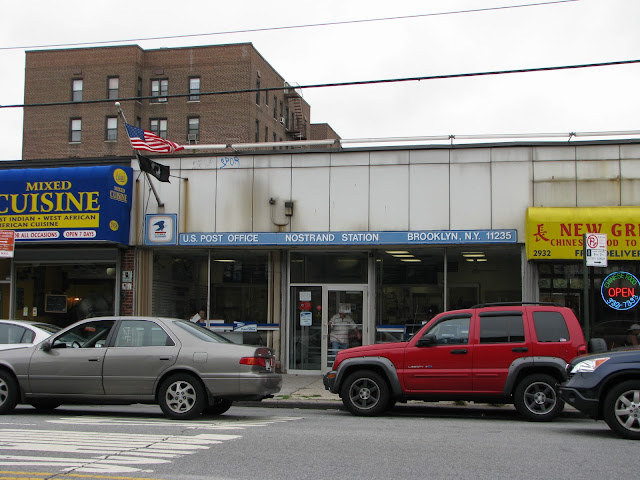 There have been no posts for a few days, partly because the author has been hard at work renovating the website for the Post Mark Collectors Club [PMCC]. See all the group has to offer at postmarks.org!

I visited Boston a lot last summer, and here are some photos I took during a day of exploring and walking to 13 post offices in the downtown area. 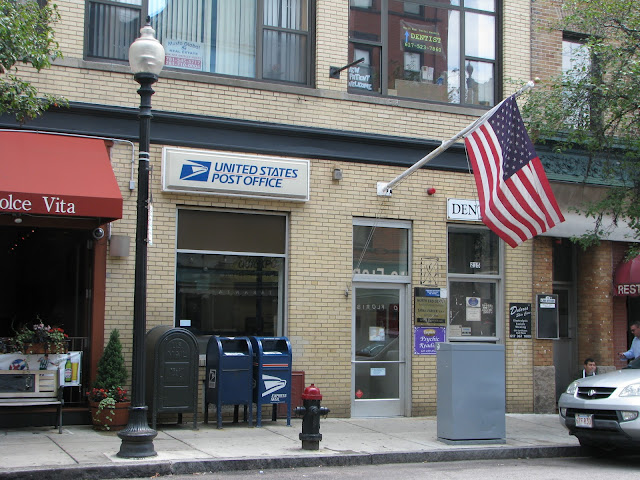