You might know the name Walla Walla from the onions in your produce aisle, but I hope this blog entry gives you a better feel for the place behind the name. So, welcome to Walla Walla, Washington! The town lies in an agricultural region of southeast Washington that features rolling hills and close proximity to the Columbia River. Walla Walla's motto is The City So Nice, They Named It Twice! (Not to be confused with Texarkana: Twice as nice.)

You might also know the town from the heyday of The Simpsons. Remember when Homer went to Clown College? "Memorize these funny place names: Walla Walla, Keokuk, Cucamonga, Seattle." (If you have the DVDs, Season 6, Episode 15 is worth watching again.)

Here's a map highlighting the town: 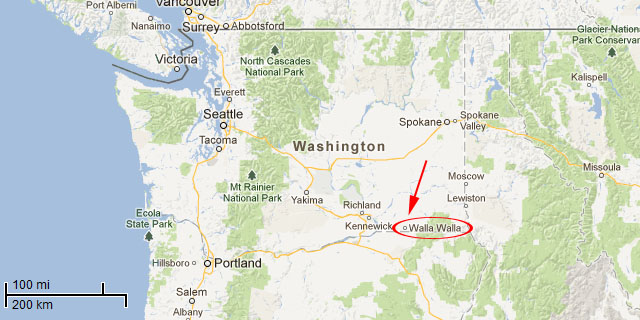 With 32,000 residents, Walla Walla is the seat of the county of the same name. While not huge by our standards, but it was big enough to earn a fantastic 1910s post office, which is still in use today. The cornerstone reads MCMXII (1912), and according to a description by courthouselover over on Flickr, the building "completed in 1914 using the designs of supervising architects James Knox Taylor and Oscar Wenderoth. It is still in use by the U.S. District Court for the Eastern District of Washington."

Here are a couple of photos: 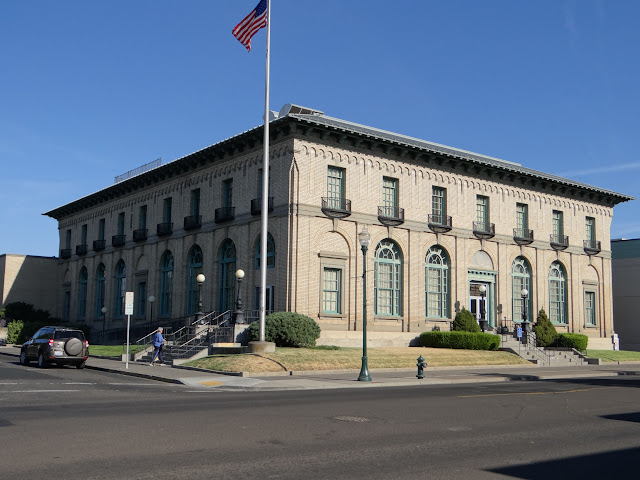 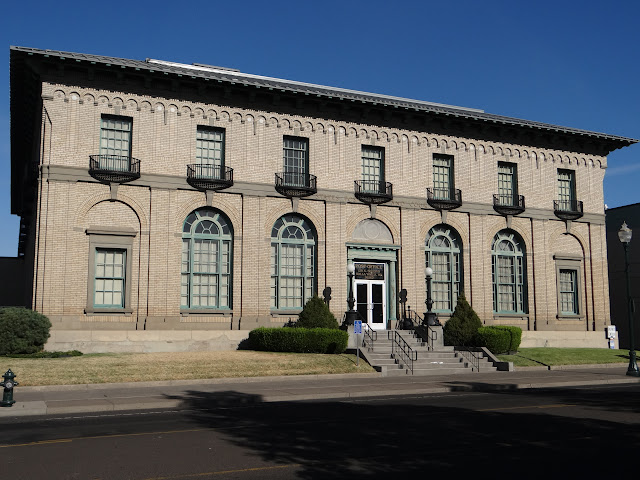 A rear extension to the building was added in the same style as the original. Sadly, the interior has since been renovate in a way that greatly diminishes its character, though you the old-style P.O. Boxes are still available.

The Walla Walla area is home to three local colleges: Whitman College, Walla Walla Community College (WWCC), and Walla Walla University (WWU) -- or, as I like to call it, "Quintuple-U". The latter is located in the adjacent town of College Place. 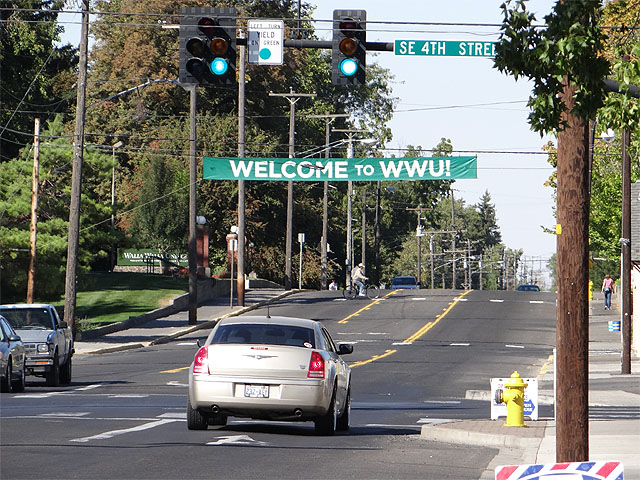 Walla Walla Community College houses a Contract Postal Unit (CPU), also known as Walla Walla Sta. #227 or "Postal Substation 4". It is located with the bookstore in the college's Main Building: 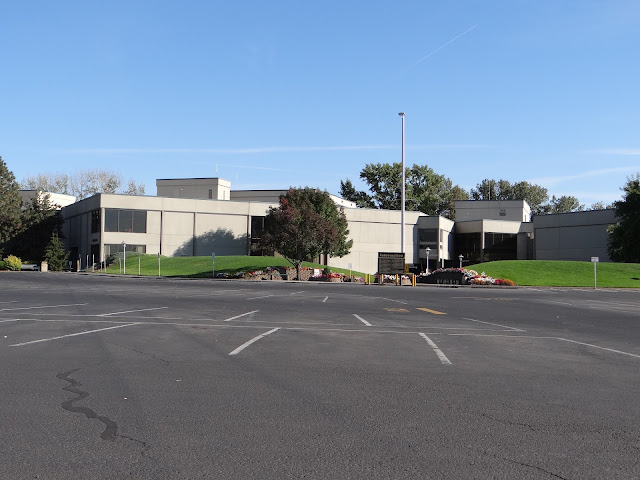 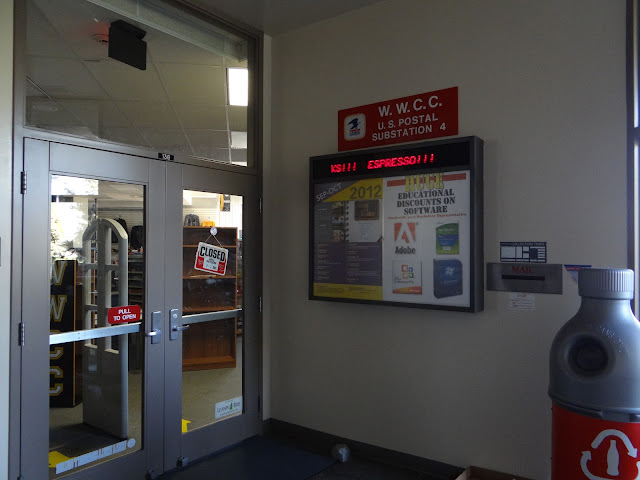 Other nearby sites include the National Park Service's Whitman Mission National Historic Site.

I'll leave you with a scene from the road east of Walla Walla. 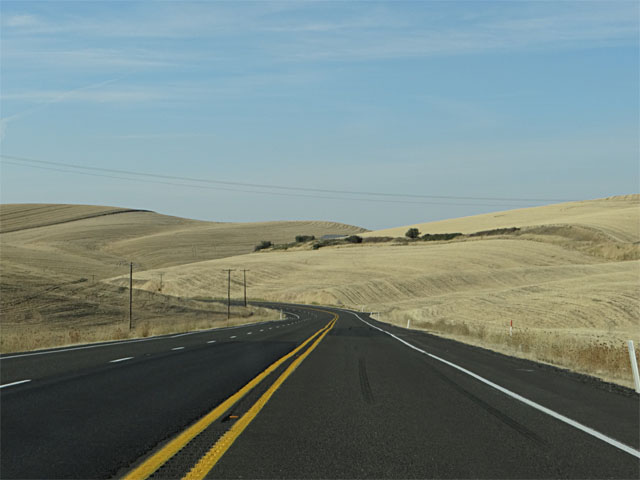