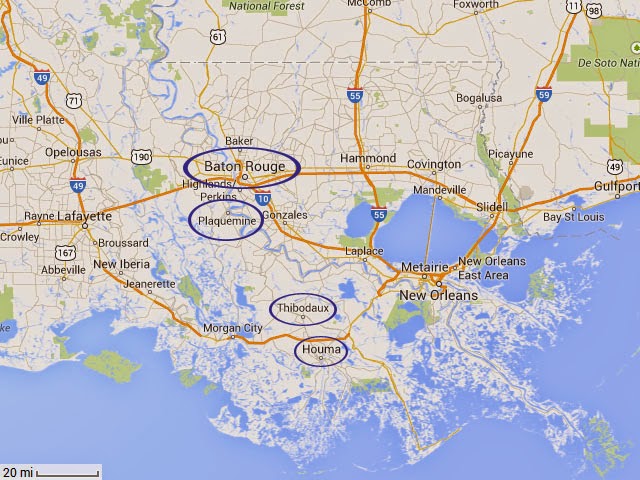 Thibodaux, population 14-15,000, is the seat of Lafourche Parish and its post office was established in 1840.

The old federal post office building in Thibodaux looks a bit different from most that you've seen before. It was constructed in 1925-6, before the massive New Deal post office construction push—the building is asymmetrical, it has small ventilation windows above the actual windows and its cornerstone is marble. In earlier photos the building is more striking; you'll notice the Spanish tile roof and (presumably) white stucco exterior.

The historic post office building is located at the south side of West 5th Street between St. Louis St. and Green St. However, it no longer serves as such; postal operations were relocated when a new federal building was constructed a bit less than half a mile south along Canal Boulevard, the city's primary north-south thoroughfare. The '20s post office building now serves as an annex facility for the offices of Lafourche County. 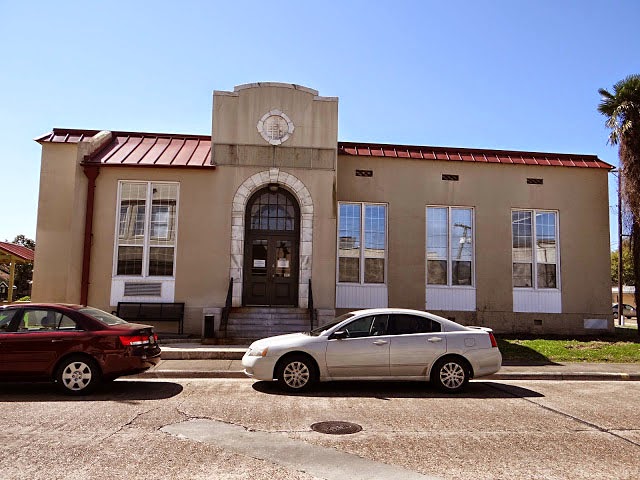 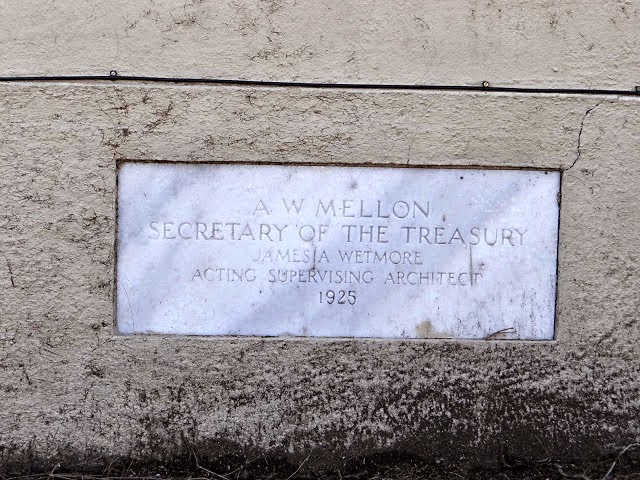 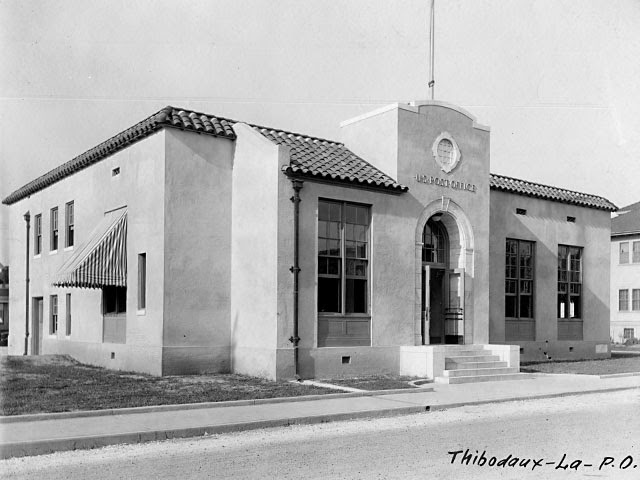 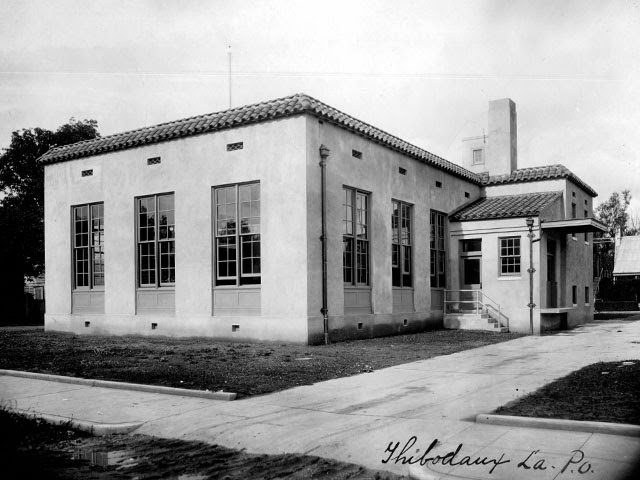 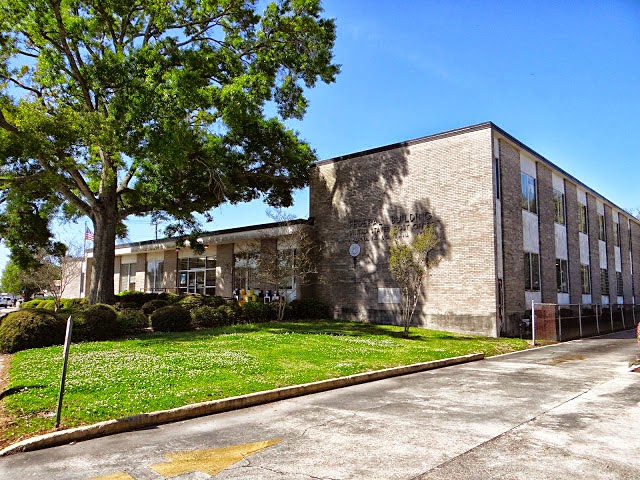 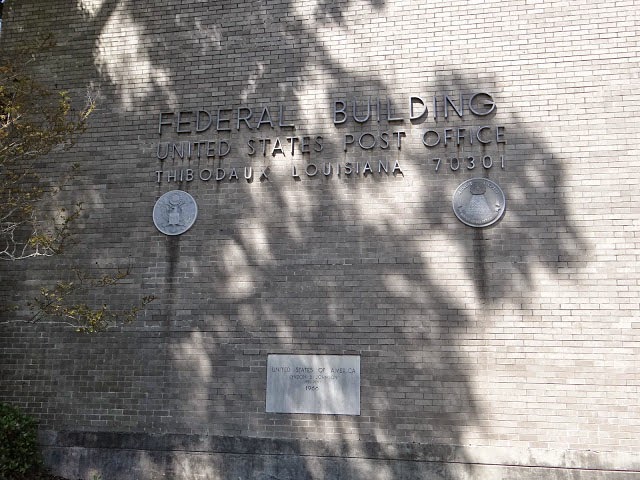 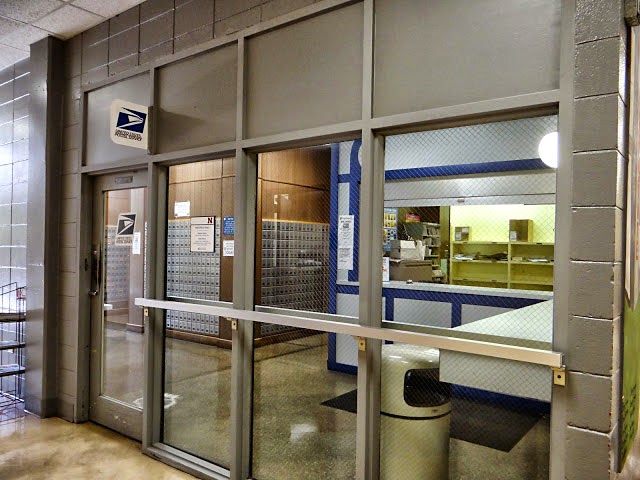 The county parish seat of Terrebonne Parish in the Bayou received two gorgeous buildings around the city's central square as a result of the New Deal (the south side of Main Street, between Church and Goode): (1) the 1934-5 former post office building and (2) the stately 1937-begun Parish Courthouse.

The old post office building at 7861 Main Street in Houma, LA was constructed in 1934-5 and served until the completion of the Allen J. Ellender Federal Building—a rather standard ugly mid-to-late century building, located a few blocks away, that will disappoint your retinas later in this post.

Here are two photos of the then-recently completed post office building taken May 17, 1935: 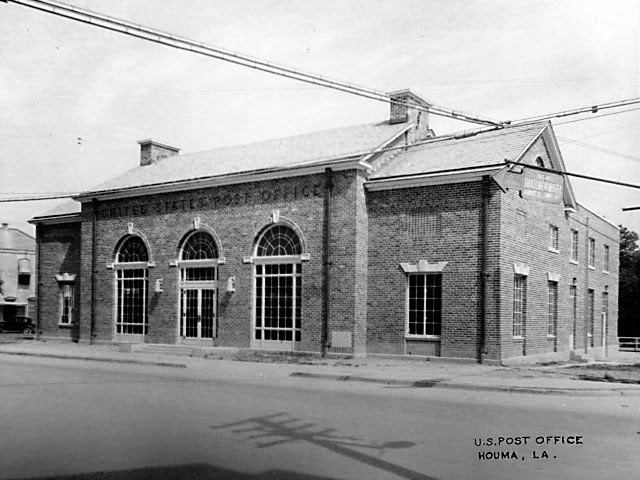 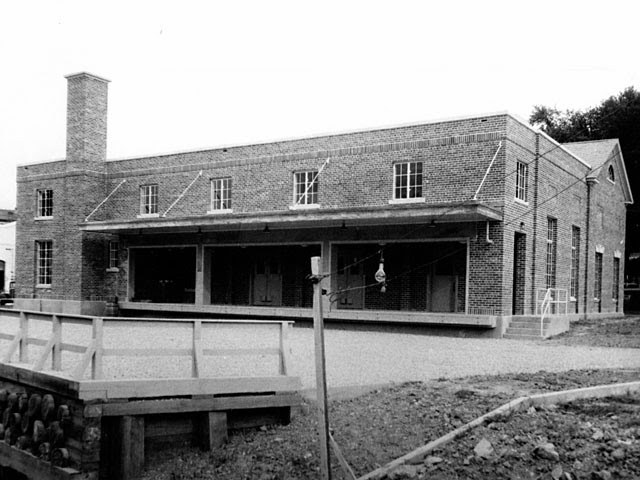 The old post office is privately owned, and for some time served as a nightclub that was appropriately called "The Old Post Office Club." However, when I visited this spring it appeared that the building served no discernible public purpose. That said, the building appeared to be in good shape. Below, photos of the old Houma post office from this year, including photos of the cornerstone and an honorary (nonfunctional) postbox affixed to the right of the building's main entrance. 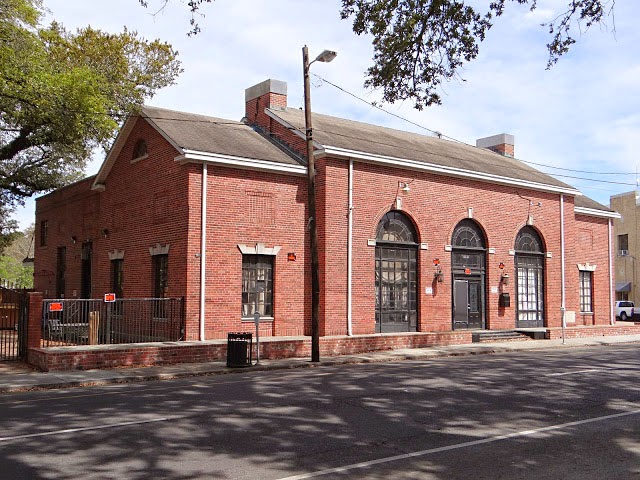 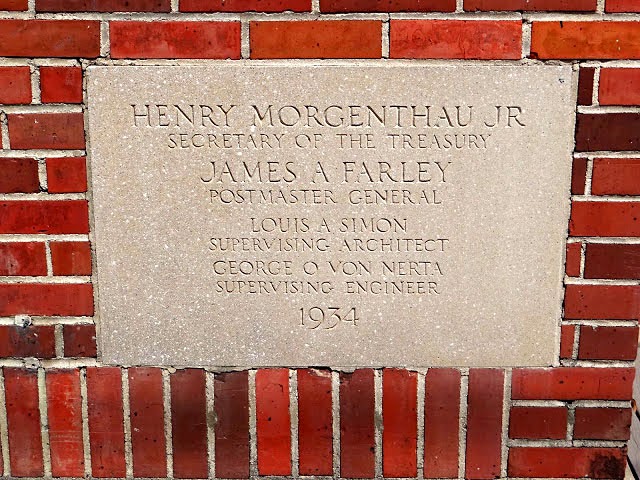 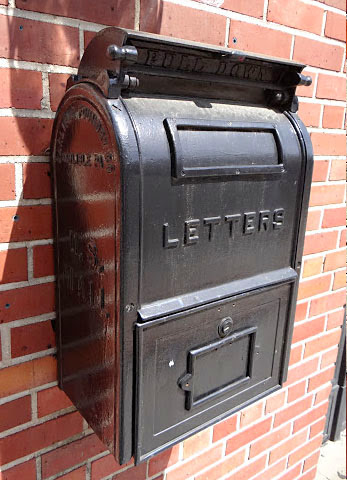 Here is the site of the current post office in Houma. The building at left houses various federal offices, while the post office is at the right. 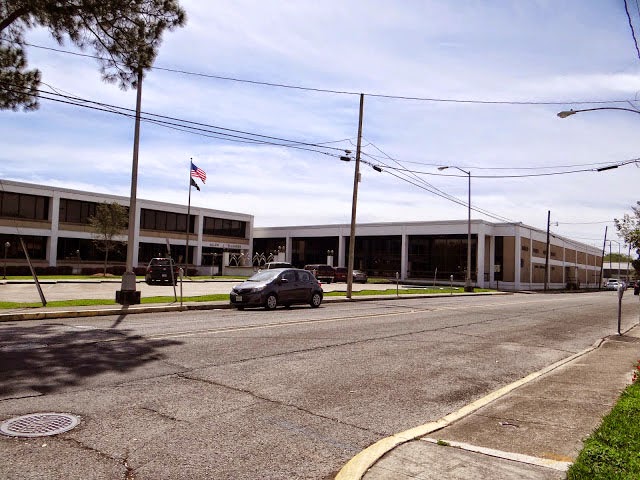 There are three Contract Postal Units (CPUs) in Houma, but that's the subject for perhaps another post.
Posted by Evan K. at 12:32 PM