We haven't headed outside the States in a while. So when a friend showed me photos of the various iterations of the post office in Thunder Bay, Ontario, I couldn't resist a quick detour. There are many changes in the Canadian postal service (Canada Post / Poste Canada) these days; the price of a stamp has skyrocketed, a greater proportion of postal retail counters are being operated by private stores, and Canada Post is eliminating all home delivery—snowed-in "Community Mailboxes," anyone? (In the U.S. the term is "cluster box," though I could think of another apt word to follow "cluster" if USPS tries to put those everywhere in big cities as Canada is doing right now.)


As you can see on the map, the closest metropolitan area to the population-100,000 Thunder Bay is Duluth, Minnesota. The closest cities in Canada (Winnipeg, Manitoba and Sault Saint Marie) are each an eight-hour drive. It's a 15-hour drive from Thunder Bay to Toronto. This means that Thunder Bay must have a federal building or two as well as a mail processing facility.

In the United States mail processing facilities go by a few names: "Processing and Distribution Center (P&DC)," "Processing and Distribution Facility (P&DF)," to name a couple. Canada's facilities go by the term "Mail Processing Plant" — MPP for short. Like some mail processing facilities in the U.S., there is retail service at the Thunder Bay MPP, which also serves as the community's main post office. This is located in the north side of the city along Harbour Expressway. Here's a photo from 2014. 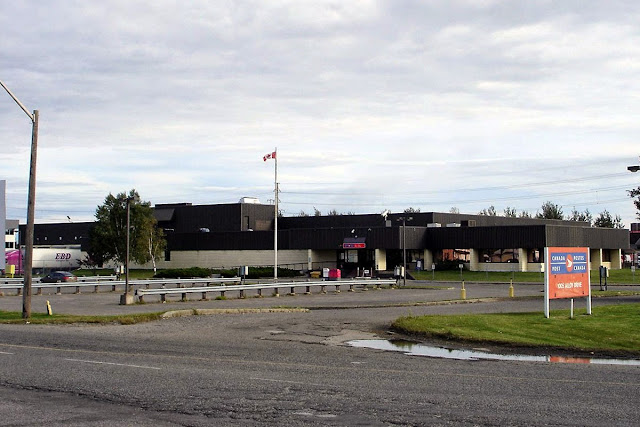 The rest of the post offices in Thunder Bay are essentially what we'd call Contract Postal Units (CPUs) in the U.S.; they're retail counters located in stores, in this case branches of Shoppers Drug Mart, a large Canadian chain that you could think of as Canada's CVS. Here's a map from the Canada Post site showing its locations in Thunder Bay.

The Thunder Bay MPP didn't always house retail operations. For a long time after it was built in the 1970s, the facility was processing-only. Retail has only been added in very recent years. And this brings us to what makes Thunder Bay's postal history interesting: Thunder Bay was only established on Jan. 1, 1970, a merger between two other fledgling communities: Port Arthur and Fort William. The name Thunder Bay was chosen by a vote of its citizens; its name could just as easily have been Lakehead. (The Lakehead was also an option.)

Which brings us to the post offices. Both Port Arthur (north side of now-Thunder Bay) and Fort William (south side) had their own grand federal building / post offices. Postal retail operations were phased out as the counters in drug stores opened. 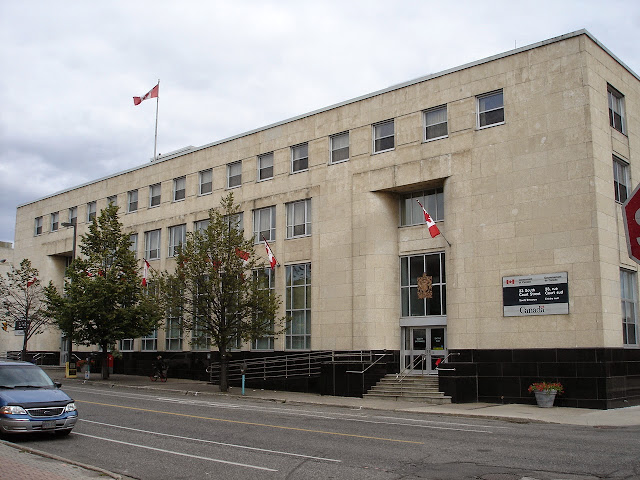 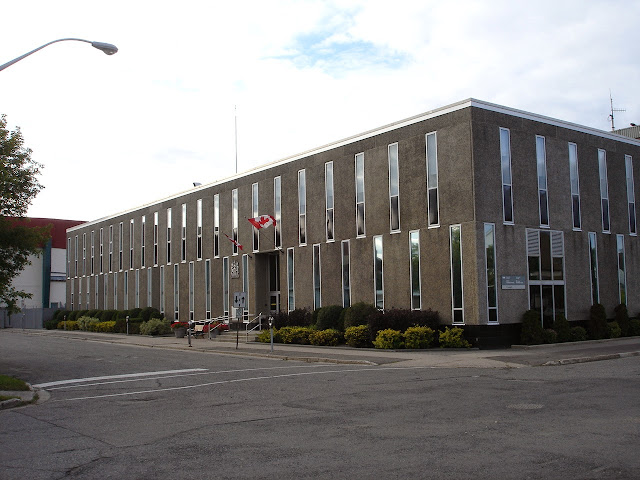 Of further interest is Thunder Bay's Federal Building, at 130 Syndicate Avenue South (Port William side), which you can view on Google Street View here:

The Beaux-Arts building was designed and constructed under "the 1934 Public Works Construction Act (PWCA), which was designed to stimulate the economy during the Depression and to relieve unemployment." In other words, it could be considered a cousin of the hundreds of historic post offices constructed in the United States at that time under FDR's New Deal.

Stay warm, everyone! Thanks to Skip A., who contributed the photos in this entry.
Posted by Evan K. at 4:24 PM