Ahh, Malibu. 21 miles of rich California coastline, home to the wealthy, the surfers, and some remarkably interesting fights over beach access, replete with fake No Parking signs and fake garage doors to keep people outsiders away. Most famously, of course, are the community's three post offices! Let's have a look at Malibu in its larger setting and then look at the P.O.s. 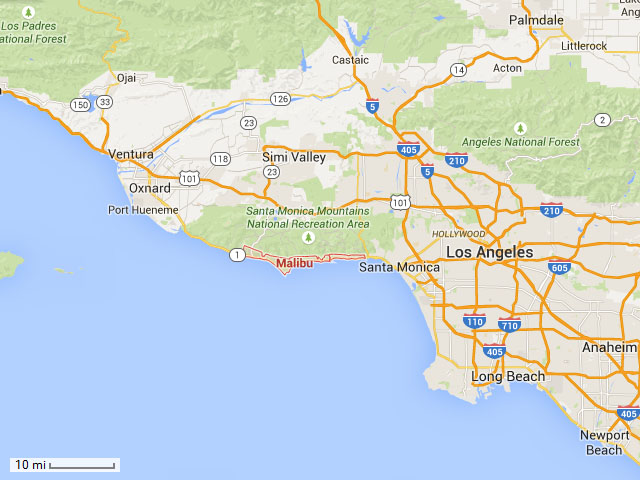 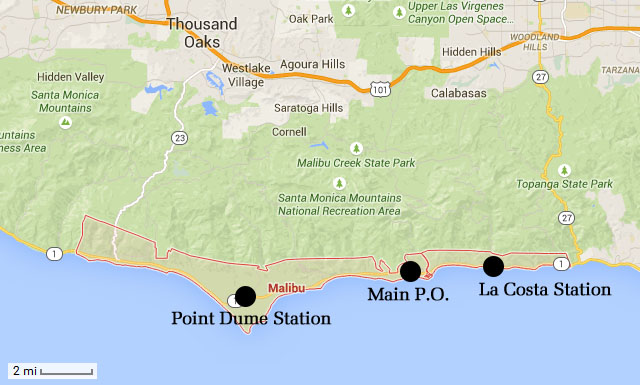 Driving north from Santa Monica one first encounters La Costa Station. The building in which the post office is located bears Spanish and adobe-style influences. It can be found a shopping plaza on the north side of the P.C.H. and adjacent to Malibu Divers (need I say more?) and a windows/doors/glass store. The post office sign is unique, patriotically colored, seemingly hand-crafted, and slightly sun-worn. Here's a photo of the post office and a close-up of the sign. 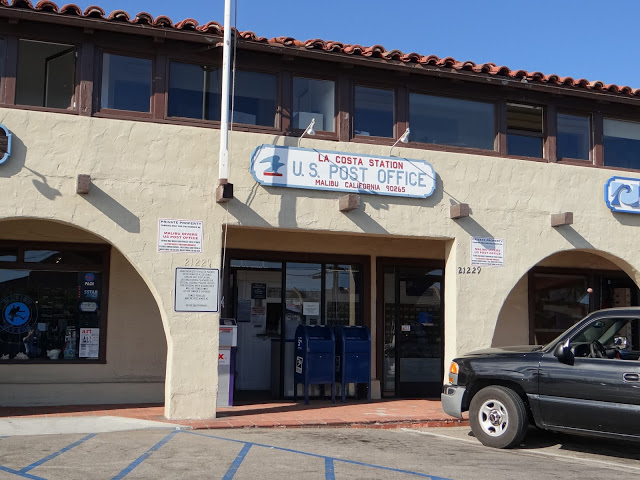 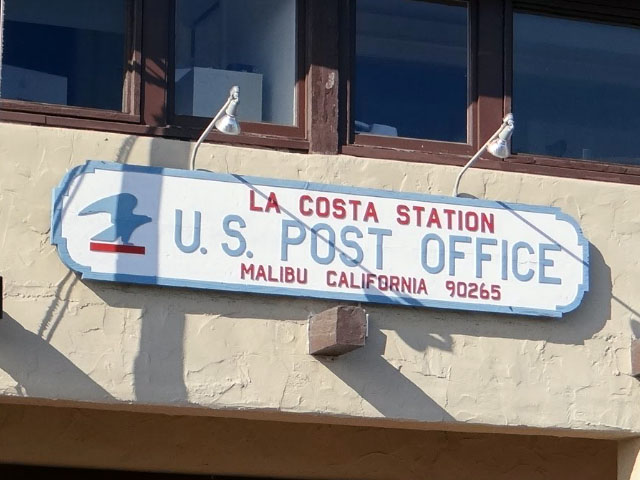 According to USPS's Leased Facility Report the La Costa post office has been at this location since 1958!

Malibu's main post office is located in a larger shopping plaza along the south side of the P.C.H. You would be unlikely to identify the post office from the main road; should you miss it, prepare for a long return trip as U-turn opportunities are rare for some distance. Like that of La Costa Station, the building housing the main post office bears a Spanish tile roof. USPS presently leases this space for an astounding $143.46 per square foot ($387,000 per year in all) and has occupied this space since 1991. 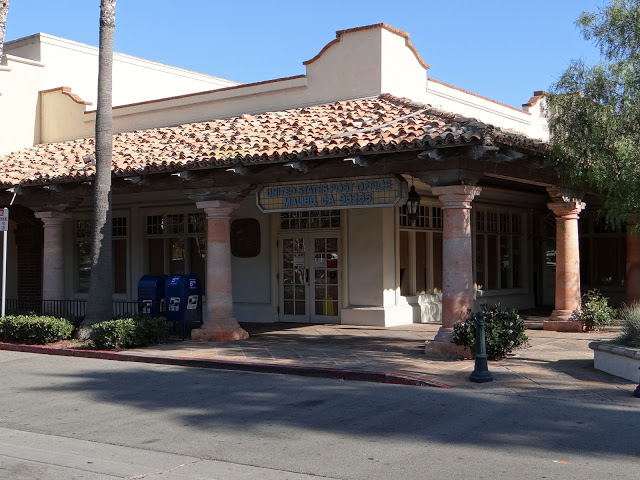 Point Dume is, well, an actual point of land that juts into the Pacific. It possesses a State Beach and the Point Dume Station post office, which is in a rather unique facility on Heathercliff Road just south of the P.C.H. The building, which has housed the post office since 1992, is round, wood-trimmed on the outside, possesses a round inner courtyard as well as exterior patios. Parking is effectively in the bottom of the building. I haven't seen a space quite like it, particularly not one housing a P.O. Have a look (and if you can spot the van in each of the first two photos you can get a fix for where the post office is in the building): 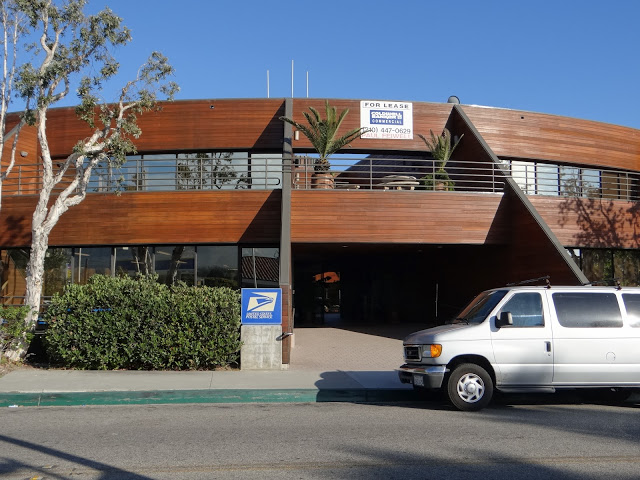 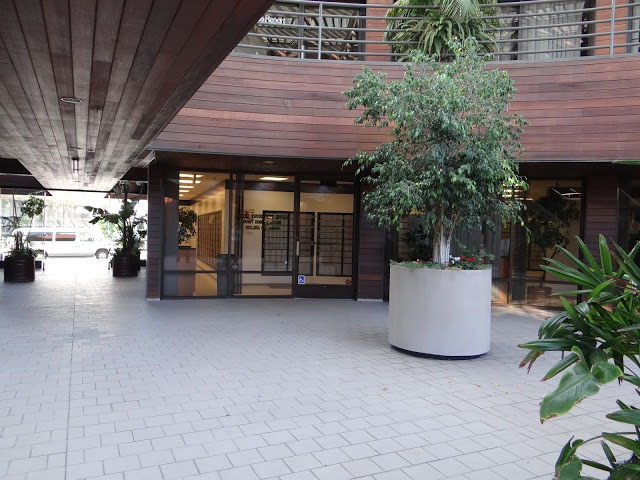 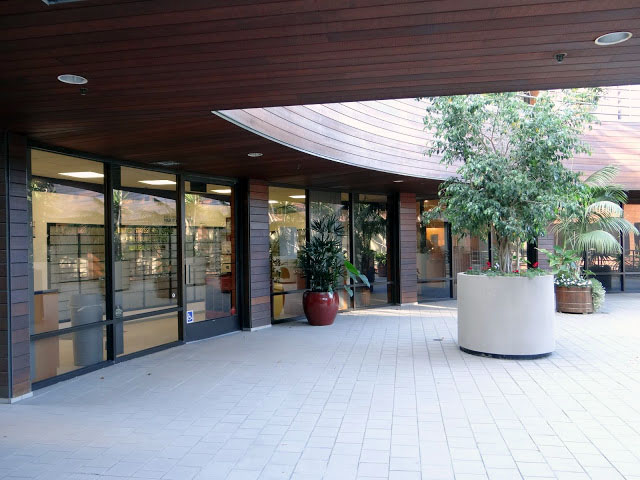 The P.O. Box lobby is located to the left while the retail counter is at the right of the latter image.