Getting Frisc-y at City Hall

Hey everyone! We're going to have a couple of new, shorter entries up while I work on a big announcement post to air in a couple of days. Let's have a look back to the summer of 2012, during which I visited about 250 post offices and CPUs in Texas. This comes from the Dallas—Fort Worth metroplex ciry of Frisco.

Frisco is distinctly suburban and lies nearly 30 miles due north of Dallas. When established in 1904 the population of what was then known as Frisco City was just a couple hundred. The community boasted just a couple thousand residents until the DFW metroplex sprawled in recent decades, during which time the population of Frisco boomed from 3,420 (in 1980) to 6,138 (by 1990), 33,714 (2000), 116,989 (2010), and to about 150,000 people today. This ridiculously rapid growth earned Frisco the title of fastest-growing city in the country for some time. (Source)

Facing this rapid expansion Frisco constructed a facility to house its municipal operations (i.e. a city hall) and public library. The large facility was constructed in 2006 and USPS, lacking a postal worker-staffed location in the immediate vicinity opened a Contract Postal Unit (CPU) to be staffed by municipal employees in July 2007. 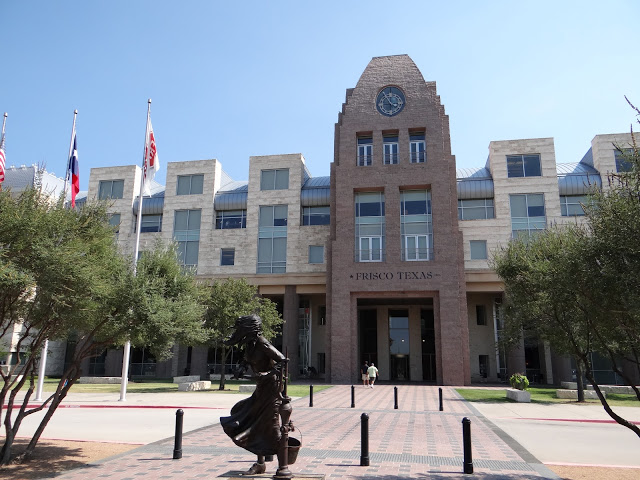 The Contract Postal Unit is located on the first floor of the building, to the right and toward the far side as you enter through the main public entrance. A reception desk is directly adjacent to the CPU, whose operating hours are from 8:30 am and 5:00 pm with no lunch break. 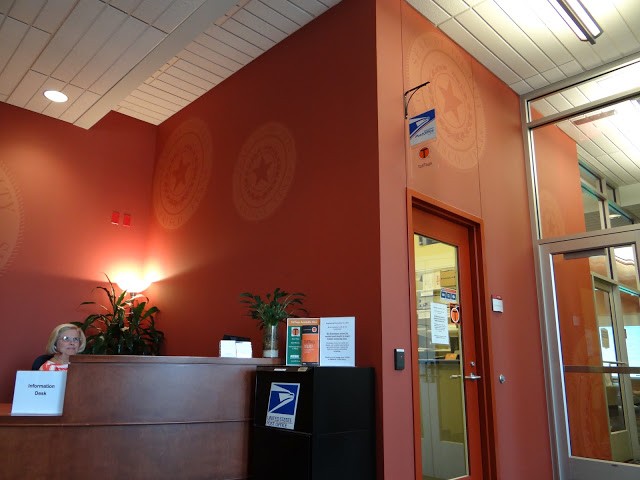 I loved the postal arrangement at Frisco's City Hall. The staff was well-trained and friendly, and it felt natural to have these civic institutions operating hand-in-hand. I'm disappointed the idea hasn't been adopted elsewhere. Here's a photo of the counter: 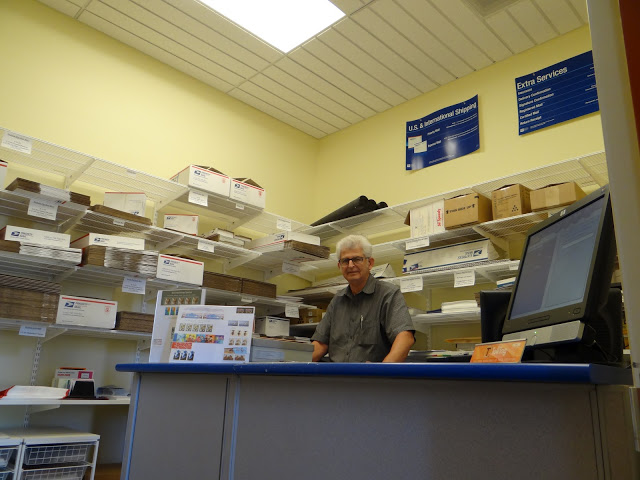