This is Sparta!! (And Milledgeville, Georgia)

Milledgeville and Sparta, Georgia are two county seats respectively located 50 and 30 miles northeast of Macon. They also have two similar post office / Federal Buildings from the 1960s I thought would be interesting to show.

Almost nothing about this building says "post office." I drove clear past it once, even knowing exactly where it was supposed to be. A modest etching in marble, "Federal Building," resides above the front door, and there's a snorkel mailbox in front. Aside from that and a cornerstone concealed by bushes at the left corner of the building, you'd barely know what this building is. 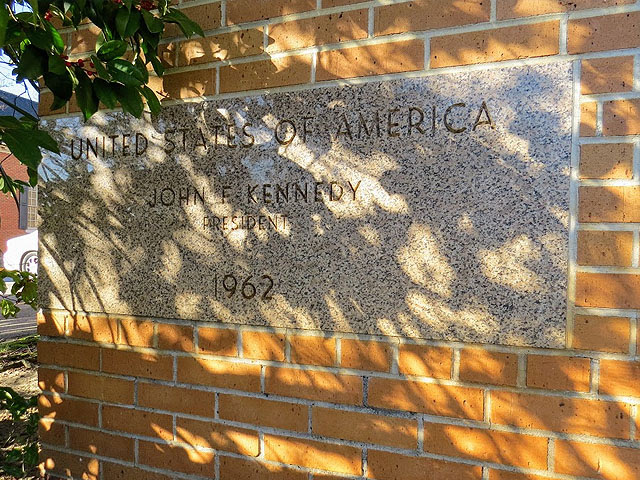 Long-time readers of this blog might know I'm really not a fan of cookie-cutter '60s federal buildings, but Sparta's and Milledgeville's were a bit different. First, they assimilate some vernacular architecture stylings from the romantic Deep South. Second, they actually have artwork inside, a throwback to FDR's New Deal and my favorite era of postal architecture, the grand buildings from the early 20th century. Also, nice black marble! 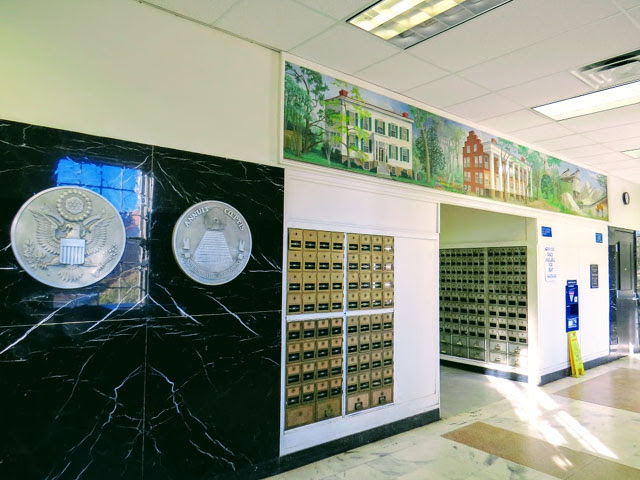 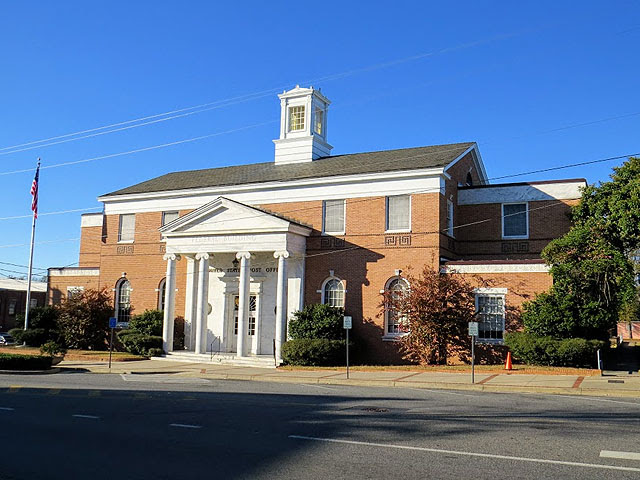 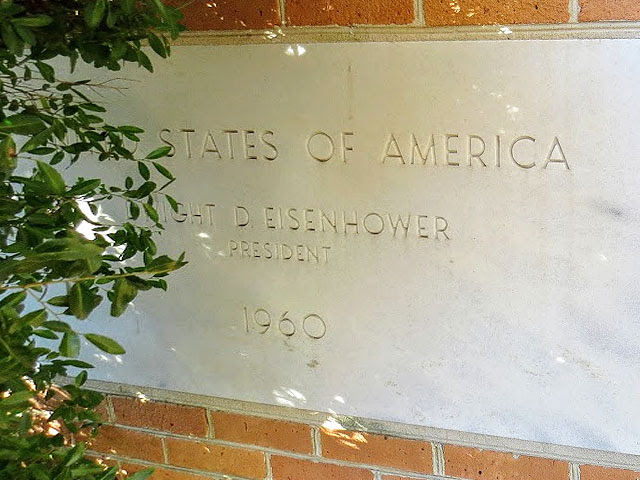 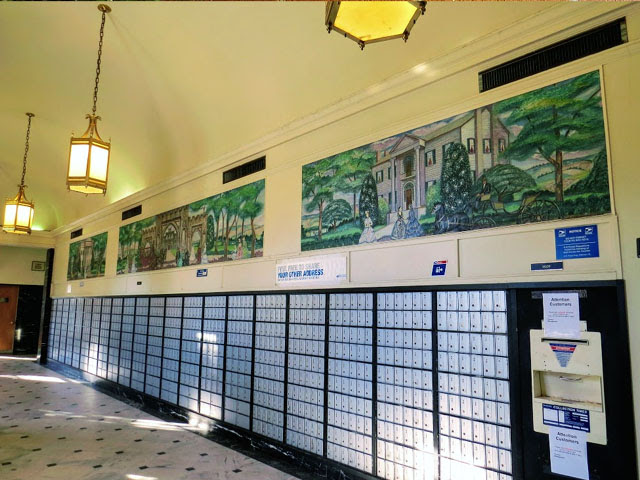 The old post office building in Milledgeville was built during the early 20th century, and now houses the local Chamber of Commerce. 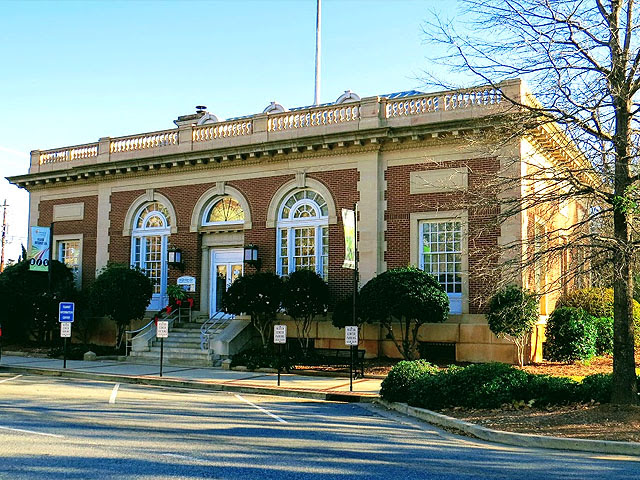