It's hard to believe that this is my 12th annual summary of the post offices and places I've visited. Dang, I've been at this a while! According to my spreadsheets this year I visited 363 new post offices across five states, for a total of 10,558 post offices. I also visited four P.O.s across the border in New Brunswick, Canada (not included in the above tally). This year I also revisited many more places for updated postmarks and photographs, meaning I actually visited 469 post offices in all (including that handful in Canada).

When traveling this autumn I stuck to the heavily vaccinated Northeast. The bulk of my travels consisted of two week-long trips to New England in October and a week-and-a-half Maine excursion earlier this month. This meant I visited a whopping 203 post offices in Maine—nearly half the post offices in the entire state and the most in any state during a given year since I documented 212 in New York back in 2017.

As always, my use of the term post offices for these purposes should be taken broadly: it includes carrier-only facilities, freestanding mail processing facilities, and Contract Postal Units (CPUs).

I was thrilled to get to visit several of the further reaches in Maine, including Eustis, Jackman, Vanceboro, and Lubec, while making significant inroads with the post offices on Maine's only-accessible-by-ferry islands, of which I visited six this year (for a personal total of nine thus far). These trips can eat up a lot of time and the logistics can be daunting, though as you've seen from some of my previous posts (such as this one from last month) the results can be rather rewarding.

Visiting the post office in Vinalhaven, Maine (only accessible by ferry) in October: 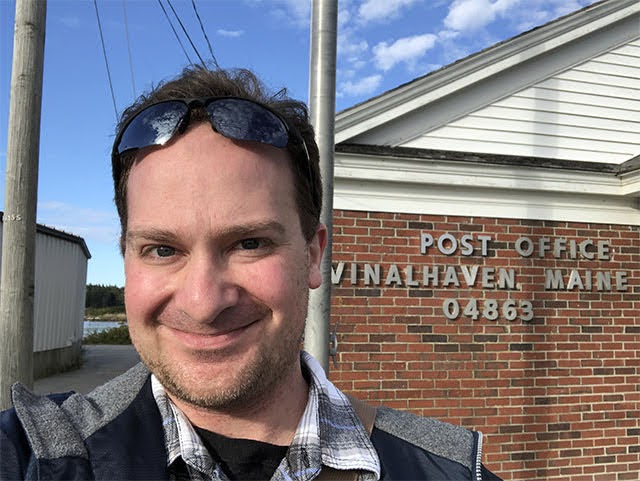 Helen, a former postal employee, serving a customer on October 15—the last day of operation of the Georgia, Vermont Community Post Office (a Contract Postal Unit): 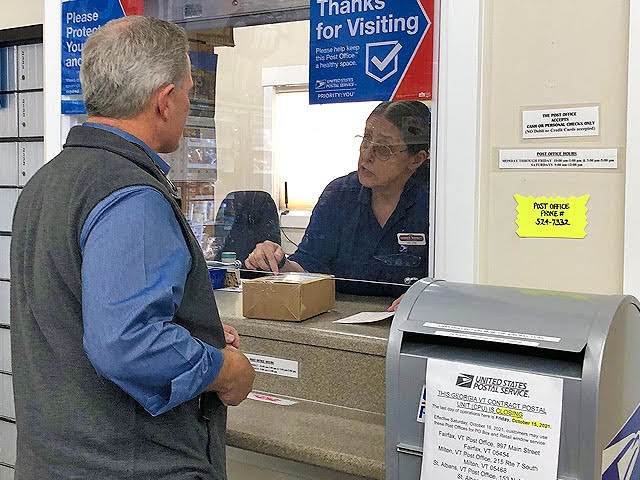 Albany, NY—the new site of the Academy Station post office under construction, prior to opening: 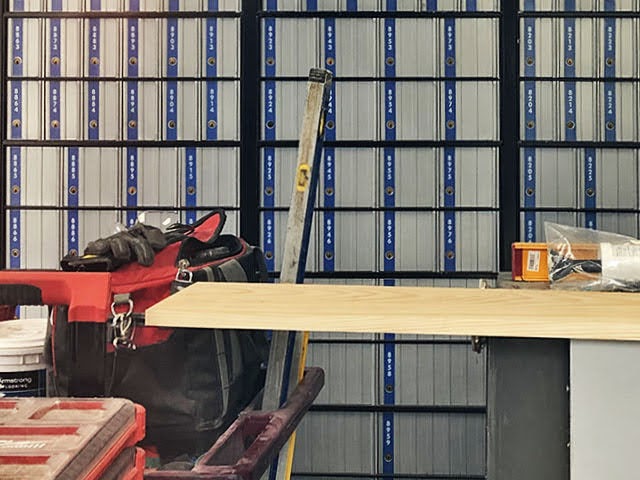 Part of the [modern, not New Deal] mural behind the retail counter of the Hallowell, Maine post office: 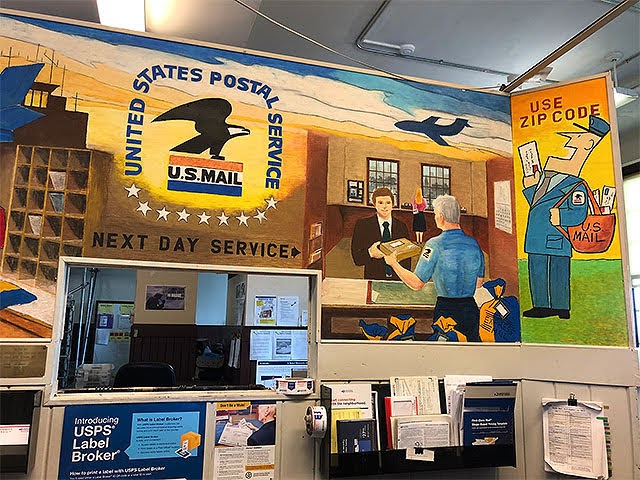 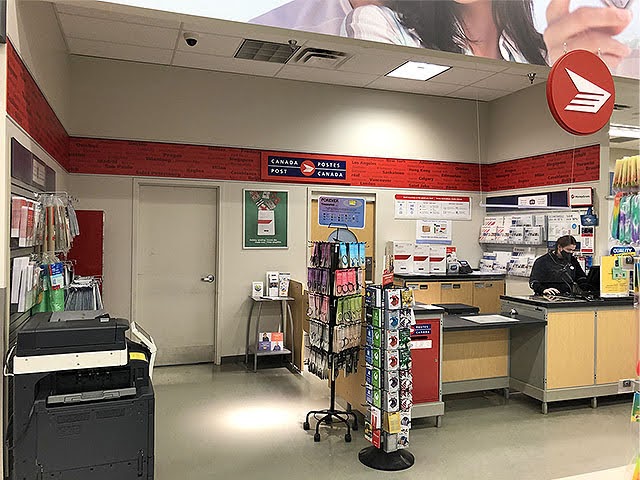 I visited as many as 30 post offices (of which 29 were new) in one day this year. State by state—and territory by territory:

Maine: 203 post offices
Focus/Foci: All over the state, but let's say there was a particular focus on the Downeast & Acadia region

New York: 62 post offices
Albany, with routes to the southwest and north

New Hampshire: 22 post offices
Corridor between Lebanon and Manchester, with a slew of revisits around Lake Winnipewaukee

* Harbeson was suspended when I first completed my run of Delaware post offices, as its former site was being redeveloped. I have now re-completed the First State with the visit to Harbeson's new site: 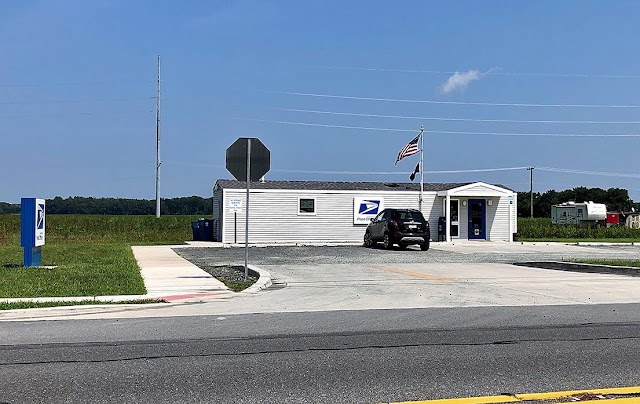 Counting Counties:
I visited a handful of new counties in 2021, including Schoharie and Fulton Counties in upstate New York and my remaining four counties in Maine: Franklin, Piscataquis, Hancock, and Washington.

See you next year! I appreciate all your views, shares, and support.
Evan
Posted by Evan K. at 9:08 PM