So: I was recently questioned by a custodian, outside the Huntington, NY post office. Apparently a postal supervisor had 'caught' me taking this photo of the building for my collection, and considered me a possible security issue or similar nonsense. And so he sent an emissary to tap on my car window and question me when I got back into my car.

(It's entirely legal to take photographs of whatever you please while on public property, for the record. Anyone who says it's "illegal to take a photo of a post office, because it's 'federal property'," is woefully misinformed. Can you say "Google Street View"?) 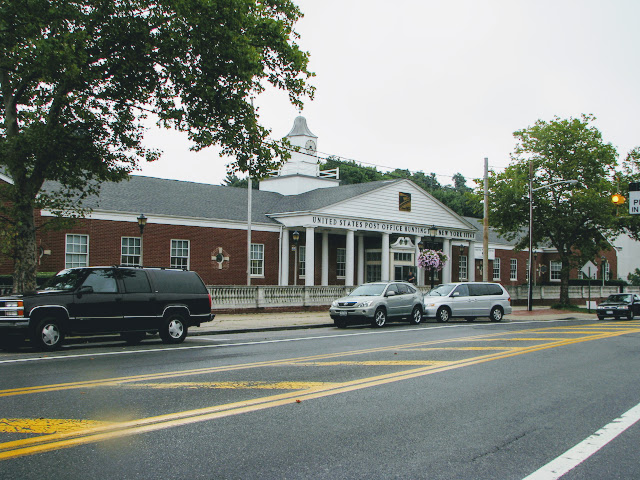 I happened to think the office was nice, since it was reminiscent of many offices from the early 1900s. Or even the 1930s, during which the government hired artists through its WPA program to paint murals, many of which you can see to this day! Unfortunately, USPS doesn't generally appreciate people taking photographs in the lobbies of their post offices, for security, copyright, and customer privacy reasons. Doing so requires the permission of the facility head (Postmaster, Station Manager, etc.).

In any case, the building really featured a faux front. But, as it turned out I left my map inside the office. So when I re-entered the building that supervisor greeted me and, as he'd heard from his custodian that I'm interested in murals, proceeded to tell me the post office's former location, which still has its WPA mural intact.

That was nice of him.

Fortunately the insurance company that now owns the building had no issue with my documenting the mural for my photo collection, and so I feel no guilt reproducing it here. First, the old building with its present look. Then, the mural inside. It's gorgeous!, though it could use some restorative care: 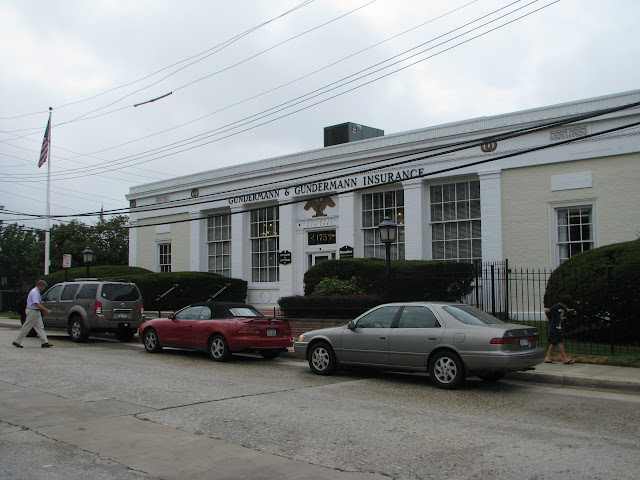 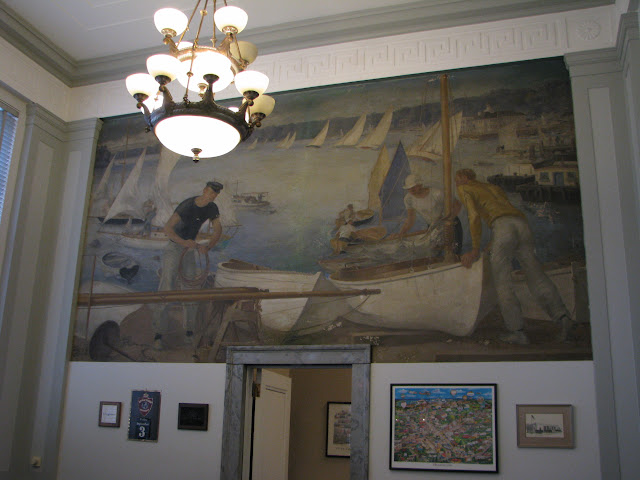