Especially in large cities, there are postal facilities that aren't for customers. They go by various names in different parts of the country, but in the Northeast we call them Carrier Annexes. They're the places where postal carriers for certain communities are based.

[In Oregon, they have DCUs -- Detached Carrier Units; some go by other designations as well.]

The coolest carrier annex I've seen is in Brooklyn, NY: the Ryder Carrier Annex. It formerly held the retail operations for the community, but the "finance" operations moved three blocks down to a new facility. The old building features two full-wall murals by a Long Island artist named Bonnie Siracusa (who also painted a mural of the Brooklyn Dodgers inside the new Ryder Station post office). 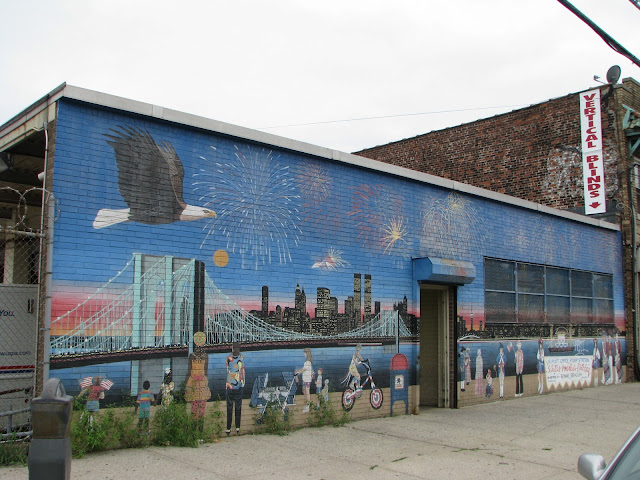