A Tale of Two Antlers

On my 2008 cross-country road trip, I couldn't decide how best to get from Minneapolis to Yellowstone. So I took what was obviously the most straightforward route, jutting north 250 miles up to Winnipeg, crossing Manitoba and tipping into Saskatchewan (collecting some Canadian postmarks along the way -- and let me tell you, they were the FRIENDLIEST about it -- every single office), and diving south back to Bismarck, to the Black Hills of South Dakota, and eventually over to Yellowstone.

My AAA/CAA map showed me a cute little pairing -- a town in Saskatchewan and a town (60 miles south) in North Dakota called Antler. So, I stopped at both and got each postmark.

View Larger
The Antler, SK office was in the back of a woman's house, and had no signage except for hours in the window. It was fantastic! 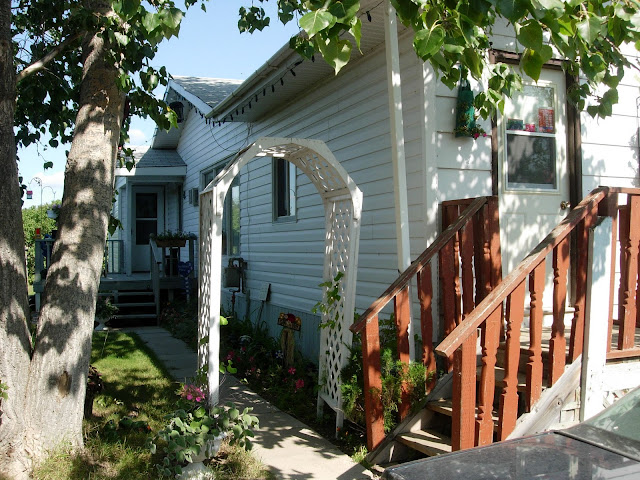 As all the roads in Saskatchewan were gravel, I headed back into Manitoba for the crossover back to the States. After all, it was the middle of nowhere, how long could it take to get back into the country?

As it turns out, A LONG TIME. Apparently it's uncommon to see solo 21-year-old males from New York City crossing back into the country in the middle of absolute nowhere (this is what it looks like from the Manitoba side -- note how Google Street View turns off near the security-sensitive border crossing), and so they took the liberty of inspecting every single item in my car over 45 minutes. To their credit, they packed my trunk more nicely than I'd had it prior!

It's a good thing they shut my car engine off, or it would've run out of gas. (It was more expensive in Canada, so I saved up to buy back in the States.) Finally, a couple of miles down the road was the town of Antler, ND -- population 55 (and gas $3.999). It featured a Standard Oil gas station and, of course, the Antler post office. Shannon, the Officer-in-Charge, was getting promoted to Postmaster the next day, and to celebrate I took her photo in front of the office. Here's a photo I took from the gas station (with the PO in the background): 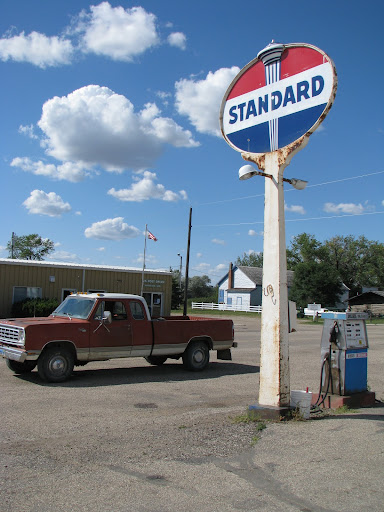