For those who need it: The Postal Regulatory Commission posted post office branches and stations that USPS would like to close. Here is the list, in .pdf format. It has not been revised for a long time, but many of these offices either have or will shortly be closing.

Here are some offices on the list known to have already been discontinued:

Here are some more from the list that will be closing soon:

The only post office of the 18 I've visited on this list that is confirmed to be closing (aside from those in Boston), is in Mansfield, Ohio: the Lincoln Retail Branch. It is to close February 11, 2011. 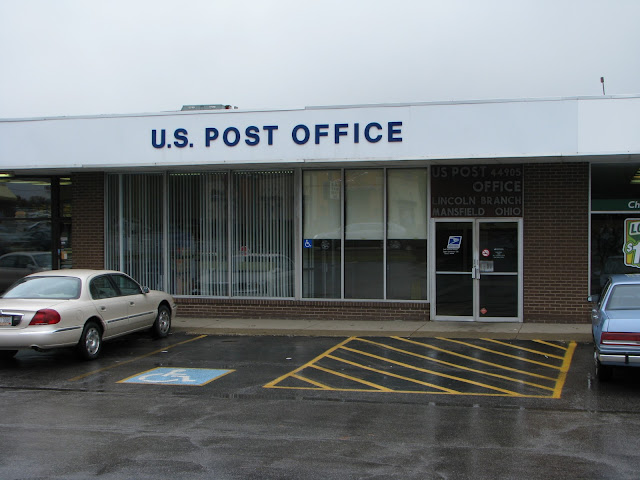