Downtown Cleveland holds several post offices, though now it possesses one fewer: the Postal Bulletin reports that the Huntington Finance Station was officially discontinued on December 24, 2010. Here's a mediocre-quality photo I took of it back in the day: 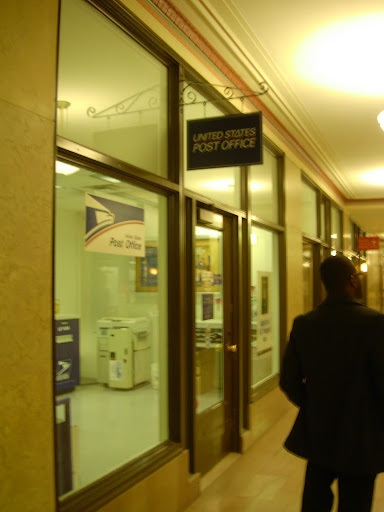 It wasn't a large or particularly busy office; just one woman in the basement of an office building. It had a nice, large-ring postmark when I visited it back in October 2009. It was on the Hit List, and so its closure is not a surprise. Several others in Cleveland are in jeopardy as well.

Here's another photo from near-downtown Cleveland: The Northern Ohio District offices (formed from the recent merger of the Cleveland and Akron Districts) feature some artwork -- a large image of a Forever stamp. In the back of the building are the main office carriers; the Main Post Office is in a large building next door. 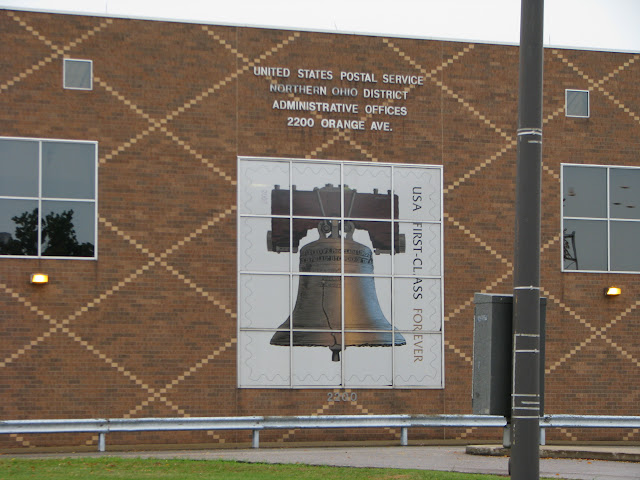