Alamogordo Past and Present

Alamogordo, New Mexico is a county seat and city of 41,000. Here's a map of the region:

A prime attraction in town is the highly regarded New Mexico Museum of of Space History. Nearby there's the 30-foot-tall world's largest pistachio nut! Not to mention the must-see White Sands National Monument and Missile Range.

(Look, I made a White Sands Angel! It's the future with global warming.) 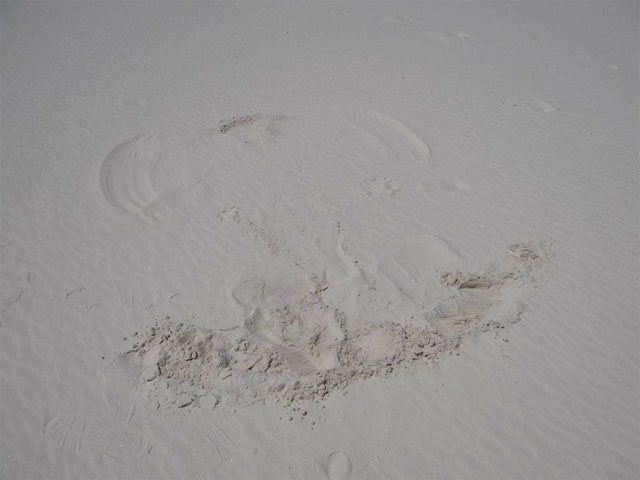 Postally, Alamogordo features one post office and formerly housed mail processing operations (which got moved to Las Cruces, NM; eventually they got consolidated into El Paso, TX). I was able to hunt down Alamogordo's present post office as well as two previous sites. Of course, the original is the most architecturally satisfying; but let's see what we're dealing with. First, a map:

The current Alamogordo post office is located at 930 East 12th Street and, according to satellite views, covers an area of approximately 150 by 200 feet. It also appears large enough such that several outlying offices can now be DUOed into it given the loss of mail processing operations. This site has been owned by USPS since 1998, and as you can see the building is rather unremarkable: 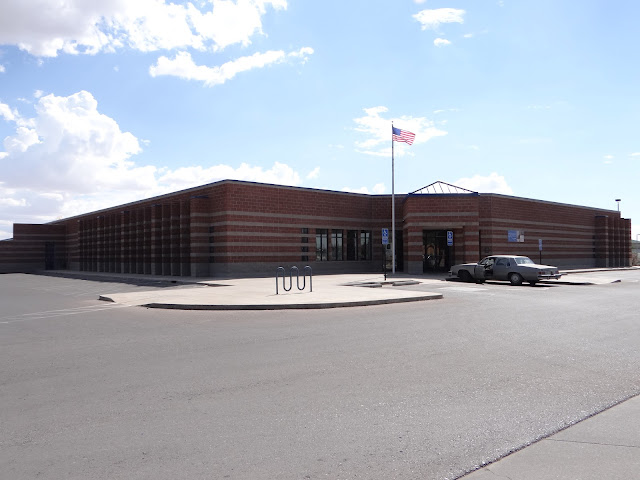 Prior to this location, the post office was several hundred feet away, a building that now houses The Olde Post Antique Mall. Its address is 900 Alaska Ave. 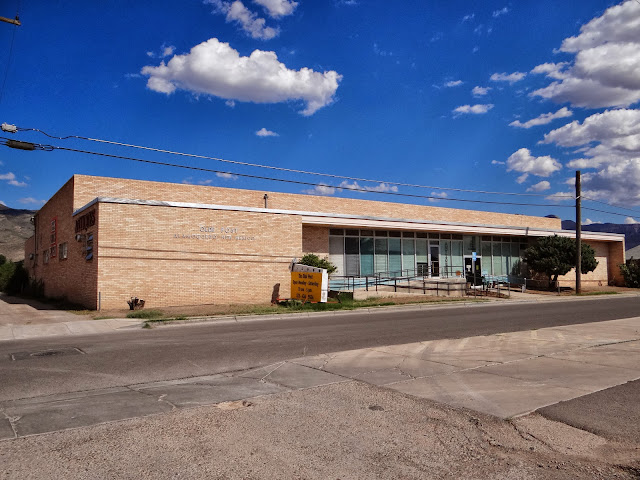 The cream of the postal crop here is the 1938 WPA Alamogordo federal building which, as you can read about at Living New Deal, also housed some murals. The building was closed when I visited it (over a weekend in late August), but Flickr user auvet presents some images of the artwork here. 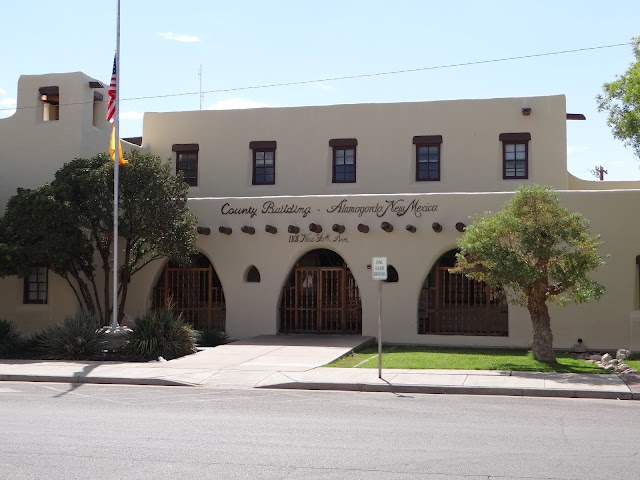 Until 2008 the building had been used as the federal government's Lincoln National Forest Service Building; it now houses Otero County offices.