Goodness, it's been another long while since the last post. Since my last Austin entry I spent another two full months on the road, visiting POs as far as Los Angeles to Billings and Cleveland.

Let's update my previous post. Since reporting that the present Downtown Station Post Office building was sold, USPS has announced that operations will move a few blocks to Congress Ave. The sale of the building also allows USPS to 'DUO' operations (that is, engage in Delivery Unit Optimization, the movement of carriers to local hub offices instead of keeping them at each facility) to the South Congress and East Austin Stations. Presumably that saves the Postal Service money while making customers' lives somewhat more inconvenient if they have to pick up a package.

I'd neglected to present another former site of the Austin Main Post Office from the early 1900s, a federal building built across the street from the late-1800s site presented in the previous entry: 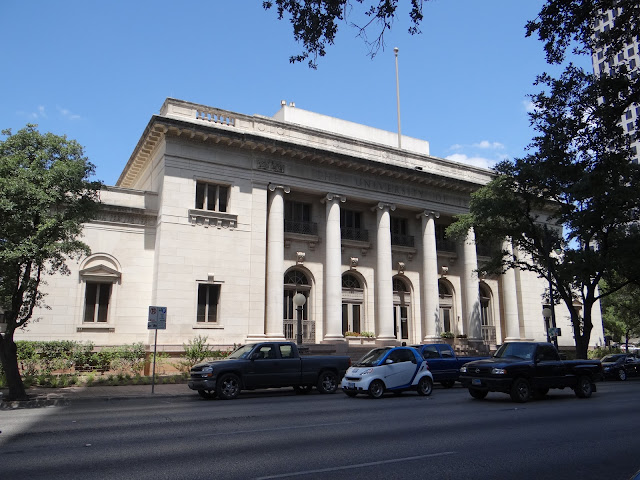 This building, like its other historic counterpart, is now owned by the University of Texas as a medical system office building.

The South Congress Station is (also) located on Congress Avenue, though this office lies south of the famous bat bridge. There was a man panhandling outside the building while I was there, though he ducked out when I took this photo: 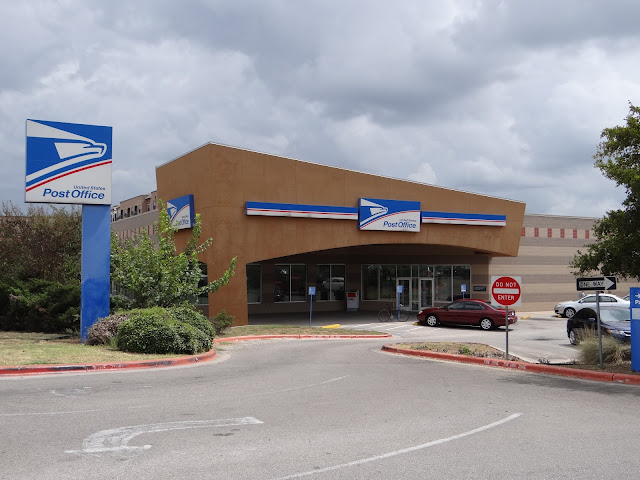 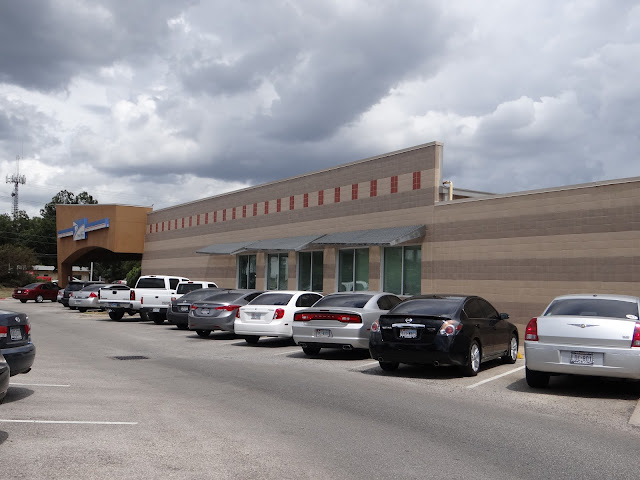 As you can probably tell, this facility was crowded as heck that Saturday morning.

I've never seen a building quite like Austin's Southeast Station post office. It has... well, just look at it: 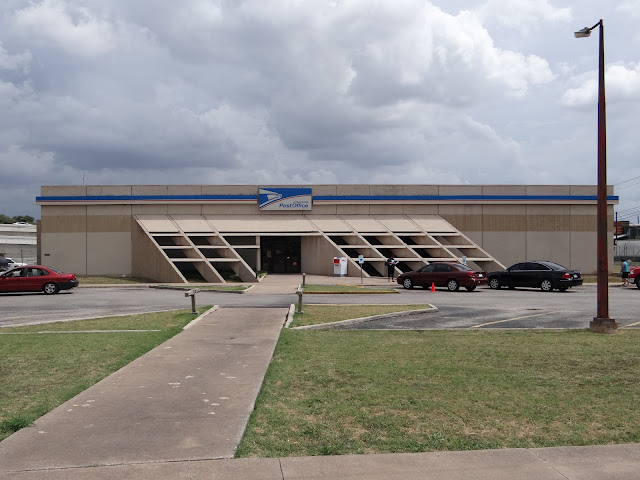 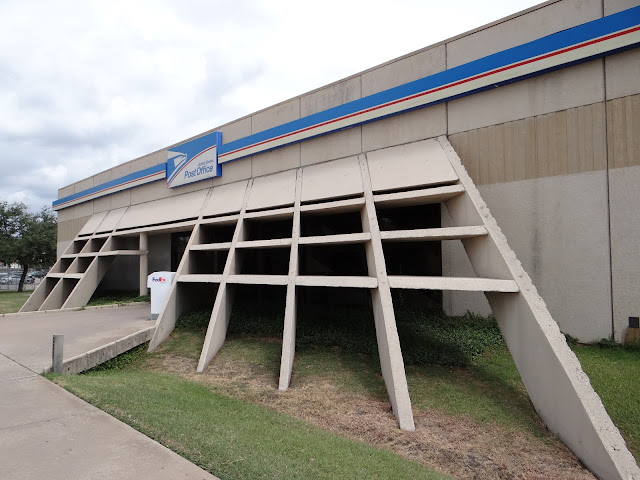 Opened in 1976, this building looks like it's building a web to trap unsuspecting flies or possibly FedEx delivery guys.

Hopefully there'll be some more entries up here soon!
Posted by Evan K. at 5:46 PM