Hey there, folks! It's been a while since I've updated the 'physical' blog. (Much more frequent updates occur on the Going Postal Facebook page, for the record.) Thus far in the trip I've been on the road for seven weeks; required oil changes twice; visited a couple of nice ballparks; savored some amazing barbecue; and, of course, have documented 700 post offices.

Austin, Texas is a cool city and features some architecturally unique post offices. I'd hope so -- their motto is "Keep Austin Weird," after all! Between the Cathedral of Junk, the Texas state capitol, and some excellent Mexican food came some interesting postal stories.

Austin, TX: Downtown Station
This location used to house a full philatelic center, and when I visited, was the home to the limited-edition First Day of Sale picture postmark for the newly issued Flags of Our Nation stamps, featuring Texas's.

The Downtown Station on Guadalupe St. was built in the mid-'90s, and is utterly unique (though it bears a resemblance to the Atlanta Main Post Office). The location is heavily used, and a couple of customers I chatted with have been picking up their mail there for the past 15 years. 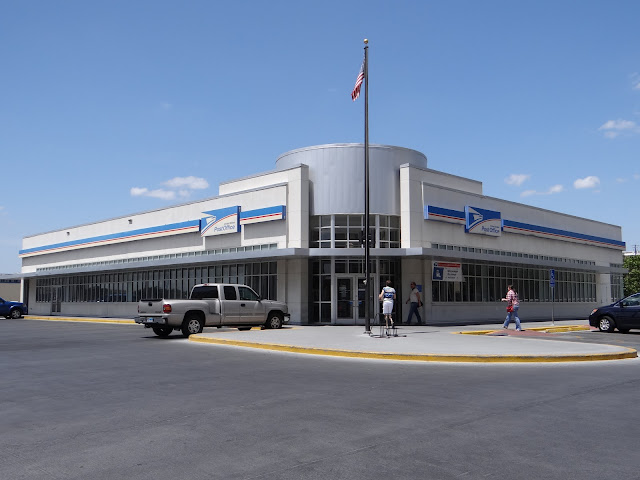 The post office is photogenic, but has been the subject of urban planning scorn since its opening. Austin's downtown is dense with tall condos and historic buildings; plastering the majority of a city block with a heat sink / parking lot might not be the best use of the limited space available, critics claim.

The Downtown Station has since been sold, with carriers moving to nearby facilities. The question is, where will USPS move its retail unit? No one I've spoken with can say whether or not there will even be a USPS presence in downtown Austin once this building is demolished for a high-rise.

A friendly customer led me to one of the Austin Post Office's former sites, just nearby. This dates from the very early 20th century: 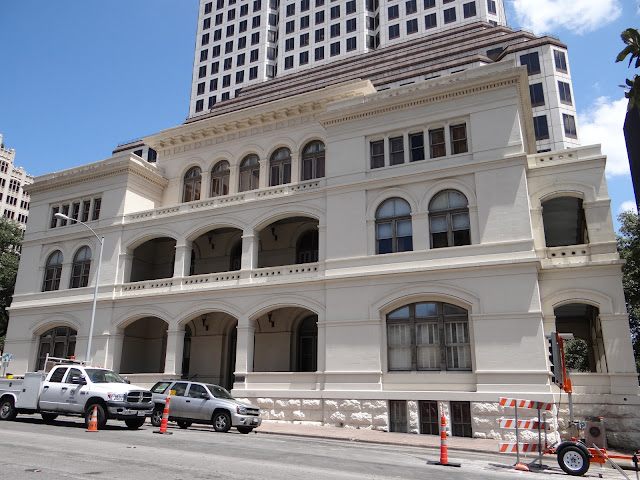