During the summer and fall of 2011 I spent several weekends photographing myriads of post offices in rural Pennsylvania, with the fear that many might close. There was a good chance 200 Pennsylvania post offices would close by the end of 2011, courtesy USPS's ill-fated Retail Access Optimization Initiative (RAOI), which targeted 3,700 operations nationwide for closure. While RAOI was abandoned and replaced with the hours-reducing POStPlan last year, several threatened post offices in western Pennsylvania closed regardless due to emergency suspensions.

The suspended offices of Denbo and Lake Geneva, in the southwest corner of the state, lie along the Monongahela River, which flows north to merge with the Allegheny in Pittsburgh and form the Ohio. The post offices of New Geneva and Lake Lynn, lie just seven miles apart. The latter is within a mile's drive of West Virginia.

All of these post offices represent a vanishing facet of the American rural landscape.

Here's a map of the towns in question:

Vowinckel lies just beyond the southernmost reaches of the 500,000-acre Allegheny National Forest and 20 miles NNE of the nearest city, Clarion. The area is rather remote and the community is unincorporated, although the census placed its population at 139. There has been a post office in Vownickel since the 1880s, and in its latest iteration the office lay in an addition to a home. I photographed the building in 2009, just before the retirement of Vowinckel's last Postmaster: Perry W. McAfoose served from 1993 to 2009; two Officers-on-Charge were appointed before the operation was suspended October 7, 2011. 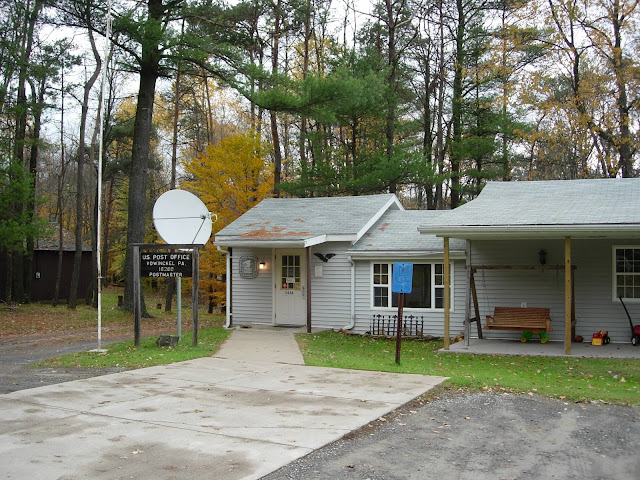 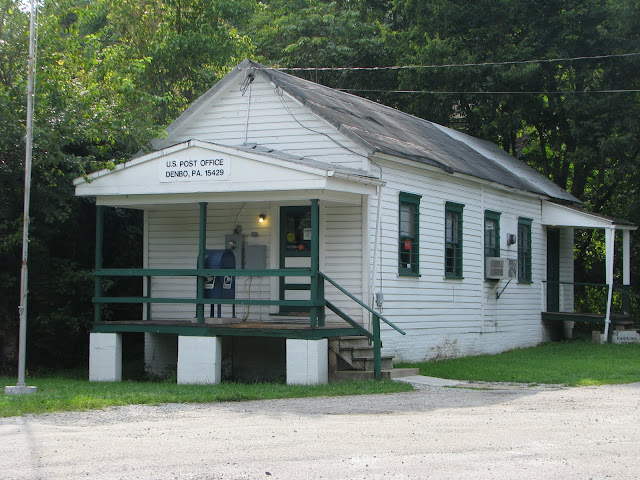 Admittedly, this post office was difficult to find. Main Street in Denbo juts off local Route 88 with no signage, makes an unexpected turn across some train tracks, and consists of a long cluster of houses whose addresses I don't recall seeing. The population of unincorporated Denbo is unavailable since the Census does not even define the community. I found the worn building alongside a dusty 'parking lot' with what appeared to be a porch supported by cinder blocks. (In other words, "awesome.")

New Geneva, PA lies just north of The National Park Service's Friendship Hill National Historic Site. Friendship Hill and New Geneva were first established in the late 1700s by Geneva-born Albert Gallatin, who became U.S. Senator and one of the U.S.'s first Secretaries of State. The New Geneva post office resided on the first floor of a house whose back appeared to be built into a hill. 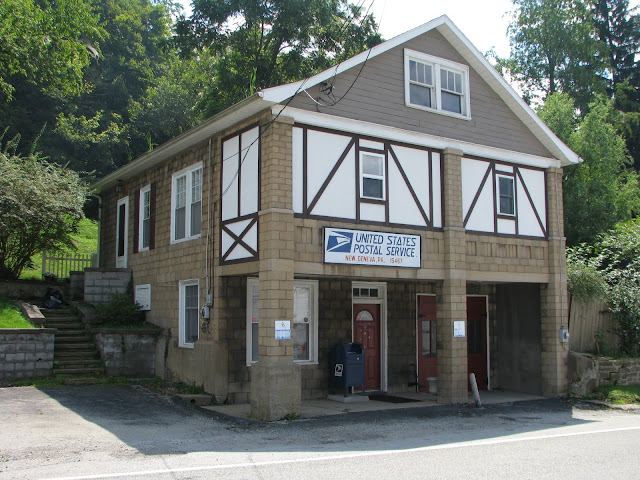 The New Geneva post office, like Vowinckel's, was suspended October 7, 2011. If you believe the satellite view, there are a couple dozen residences in the town. The nearest post office is in the equally small town of Martin, two miles away.

A seven-mile drive southeast of New Geneva lies Lake Lynn, a town just north of the West Virginia border which possessed what appeared to be not more than a dozen homes. The Lake Lynn post office was suspended July 30, 2012; the nearest post office is Point Marion's, three miles away. 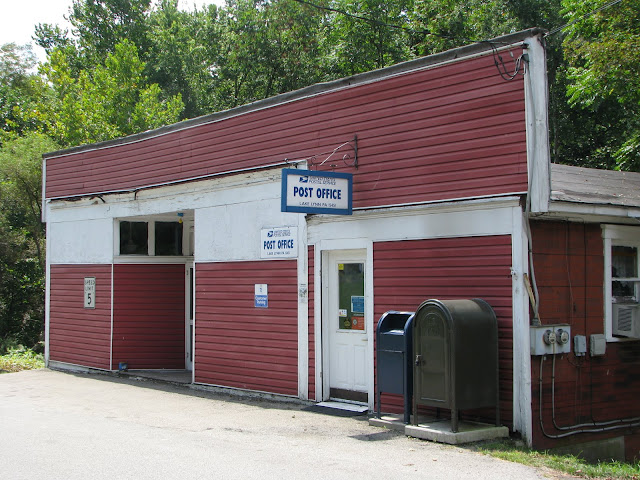