However, omitted was one unusual operation, at a 61-acre theme park between Branson and Branson West: Silver Dollar City is themed for the 1880s, during when the not-so-successful Marble Cave Mining and Manufacturing Company mined guano from what turned out to be a limestone-walled cave. Eventually it was decided that a cave train would be a destination for tourists and that an 1880s-style city would be built around it. There are rides, festivals, shows, and a general store featuring a Community Post Office (CPO) as well. It was the very latter aspect that interested me, and which brought myself and two other postal vets (Kelvin and John) back to the park for a visit.

Silver Dollar City is obscenely busy; the free parking lots are packed, though you can pay $12 for 'preferred parking' (and valet parking is available for $30 per visit). We parked in a free lot and waited for a tram to the park entrance, at which the friendly staff, who claimed to never host any visitors for the sole purpose of seeing their post office, offered to escort us in for free and let us take photos.

The General Store is not too far inside the main entrance, and a nice sign greets you on the way in: 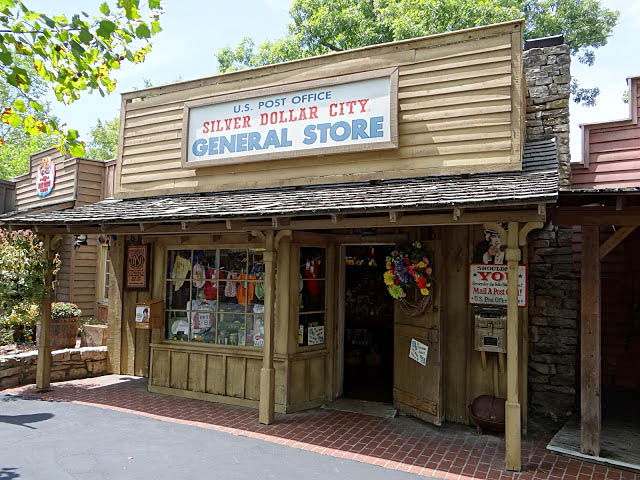 Inside you witness a classic wooden postal counter with antique P.O. Boxes of the type one rarely sees: 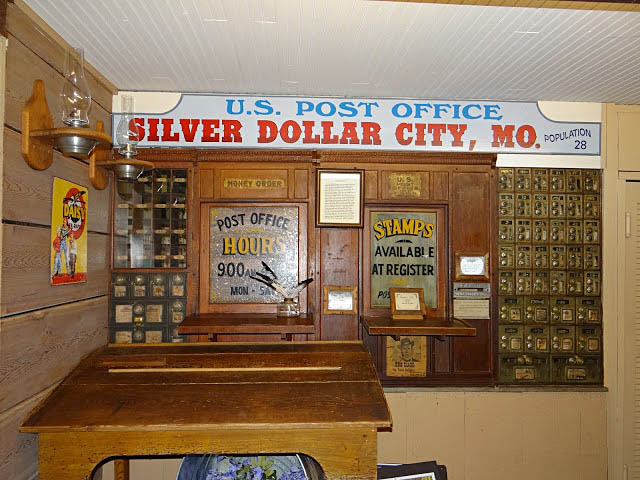 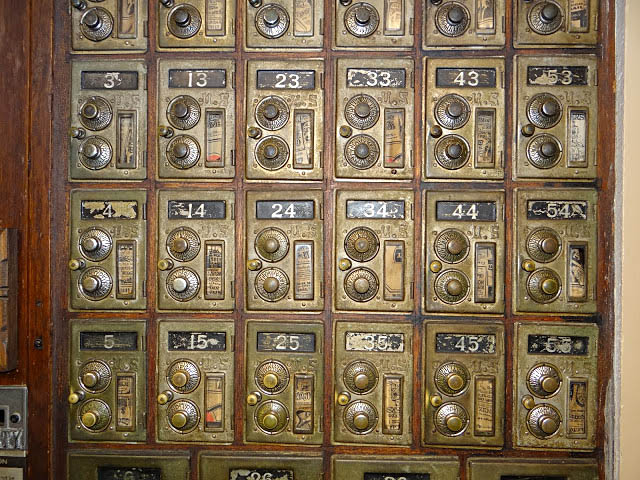 I enjoyed the gilded old-style collection box out front and the sign which looks upon it: 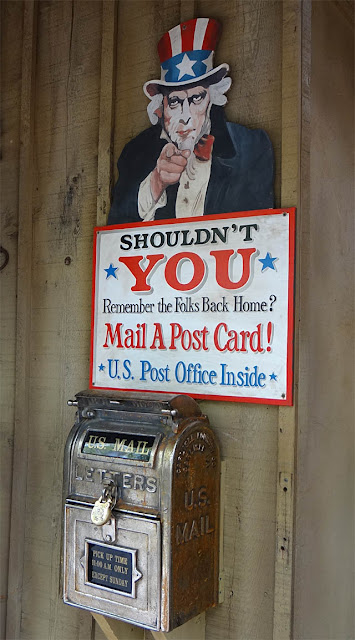