It's been a while since we did some of these Beautiful Post Office posts, so let's escape the (yet-again-"unseasonably"-warm-)winter and head to a nice historic post office building down south. Millions of people come here every year to visit the theme parks around Orlando... so everybody has pictures of that. Boring! Let's see a post office instead.

Here's an old postcard of it! 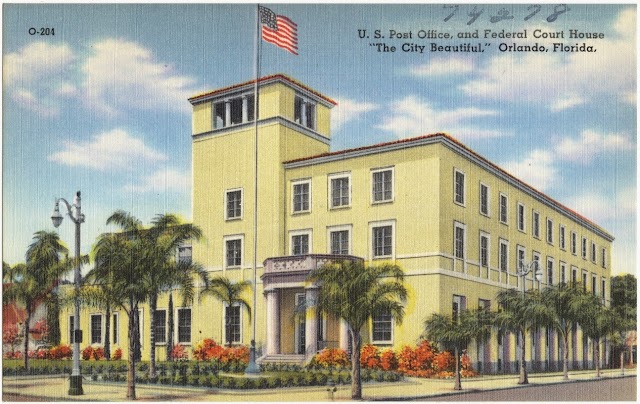 Orlando's then-new post office received high praise in the Orlando Morning Sentinel upon its opening in 1941: "The severe beauty of the structure from the outside was forgotten the moment one stepped inside its main lobby with its high ceilings, ornate bronze doors, grilled windows, and locked boxes ... Everything about the place—new, shiny, and polished within an inch of its very life."

The event was something. Opening ceremonies lasted in excess of three hours. Hundreds of people attended. The high school band played the national anthem! (Part 2 of that story is in the link above.)

Here are some photos of the post office as it now stands. Main post office and mail processing operations moved to a facility at Orlando International Airport in 1980; now this is the Downtown Station post office. 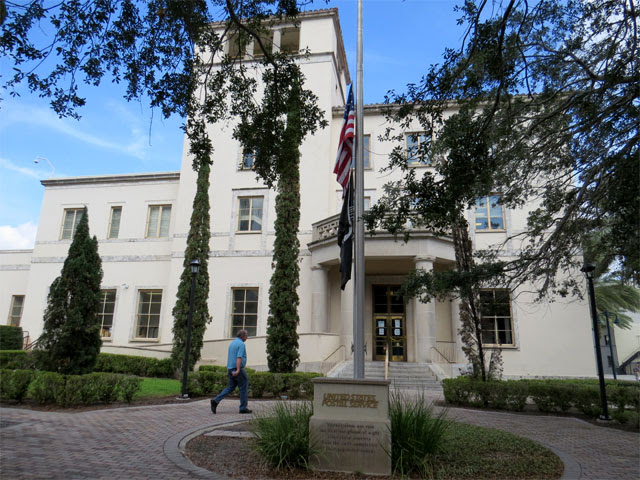 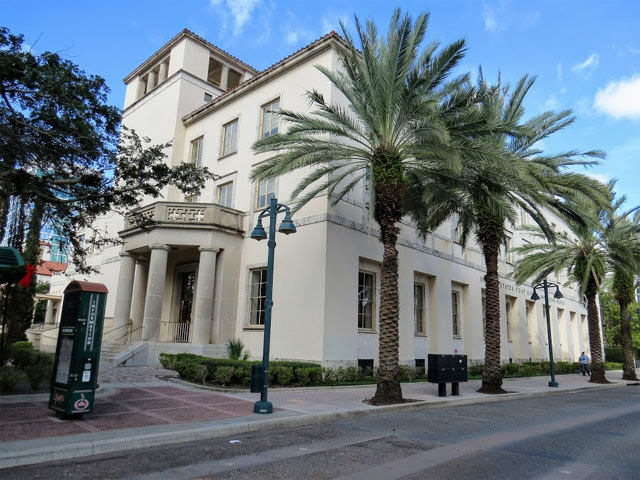 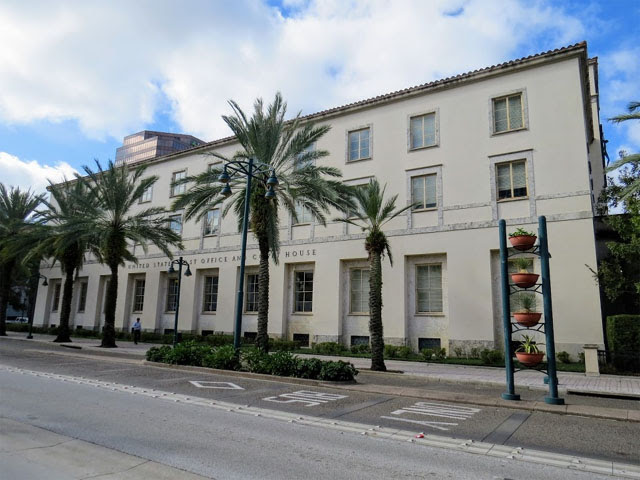 Here is the building's cornerstone. You can see by the names at the top that this building was constructed as a post office and federal courthouse. 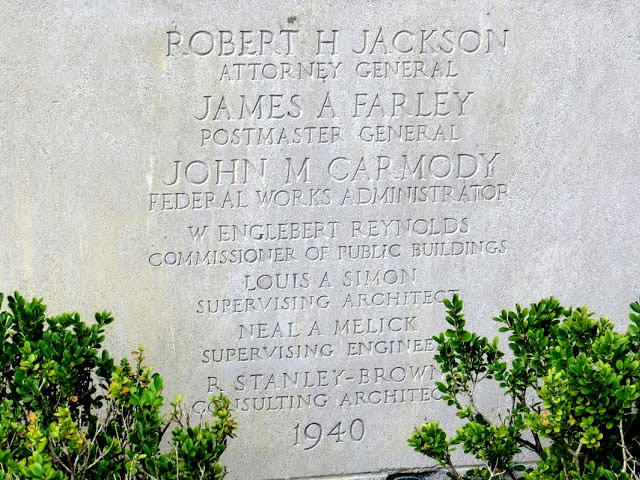 OCLS.info has other historic information from the opening of the facility, including a suggested program for its dedication and other documents (including the two newspaper links from earlier in this post).

In 1935, when James Beggs, Jr. became the postmaster, he began petitioning to move the post office from its Central Boulevard and Court Avenue location to a more spacious building. In 1939, St. James Catholic Church sold a plot of land on Jefferson Street for the new building. The building's designer was Louis Simon, who used a Northern Italian Palazzo Revival style. The new building opened in 1941 and housed the post office, the courthouse, and Internal Revenue Service (IRS) offices. The building was named an Orlando Historic Landmark in 1989. However, it was eventually sold back to the St. James Church. In 2003, the building was renovated and came under joint ownership by both the church and the federal government. Today, the building retains its post office services but also includes offices for the Catholic Diocese.

See a great photo from soon after its opening here. See more goodies from post offices of downtown Orlando here.
Posted by Evan K. at 11:20 AM