A Treaty of 1794, and the Canadian Post Office Accessible without a Passport

Along the far northern border of New York with Canada (Québec) lies a bit of an oddity: a Canadian post office that you, the everyday American citizen, can drive to from the U.S., mail your letters from in Canada, and re-enter the States without having a passport or passing trough Customs. This anomaly is due to a jut of land passing barely through the 45th parallel—the line that defines the border (+/- some surveying error) between U.S. and Canada in Vermont and eastern New York—causing a wee bit of Canada to be attached to the United States. Driving from this little bit of Canada to another point in Canada? Gotta pass through the U.S. first. Check out this map; you can zoom out to get a greater sense of the landscape as well:

The land, known as Saint Régis or Akwesasne, is part of the Mohawk Nation; it is a (reservation) territory that straddles both sides of the U.S.-Canada border. Our particular point of interest is located 20 minutes northeast of Massena, New York and about 75 miles southwest of Montréal. For this little spit of Canadian land, the only way in or out is through the U.S. This, combined with the 1794 Jay Treaty, which affirms that Mohawk members may pass freely across the United States-Canadian border, means that the border is not built up with Customs and Inspection infrastructure. What are you going to do, build a wall, or stop and inspect people whose houses lie on the border, who have only one means of exiting and entering a 0.2-square mile piece land in a close-knit Native community? Not a chance. The crossing is "free"; you can cross back and forth between the U.S. and Canada at this little point, and you have a choice of U.S. Post Office or Canada post office when it comes to mailing.

On the U.S. side is the Hogansburg post office, ZIP code 13655. Located just off the Akwesasne reservation and just off New York Route 37, is of a standard late-century design and is staffed by friendly personnel. It is located 2.0 miles from the Canadian border. 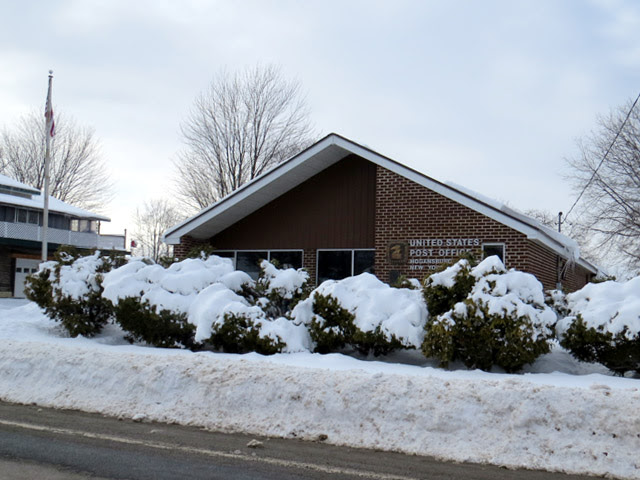 Heading north you'll be hard-pressed to identify the actual border between the U.S. and Canada. The best visual identification stems from the speed limit sign seen here: 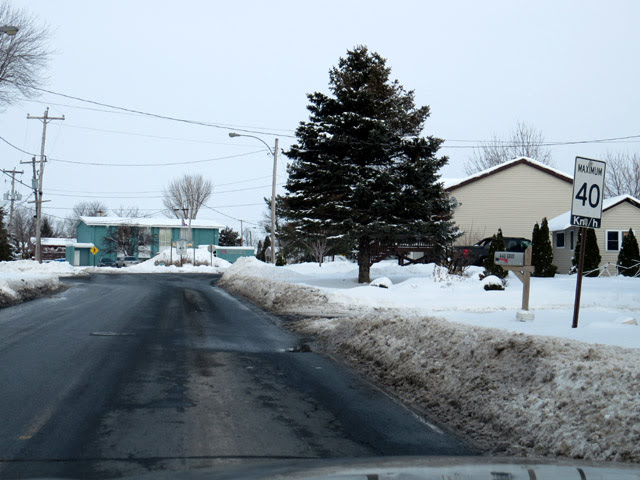 Located a few hundred feet beyond the border (and actually visible in the photo above) is the Akwesasne, QC Canadian post office (postal code: H0M 1A0). It is found in the Angus Mitchell Memorial Community Centre with an -r-e. Oh yes, you're really north of the border now! 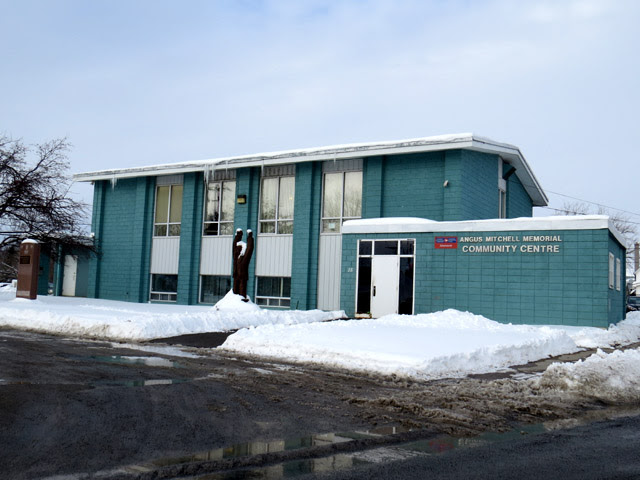 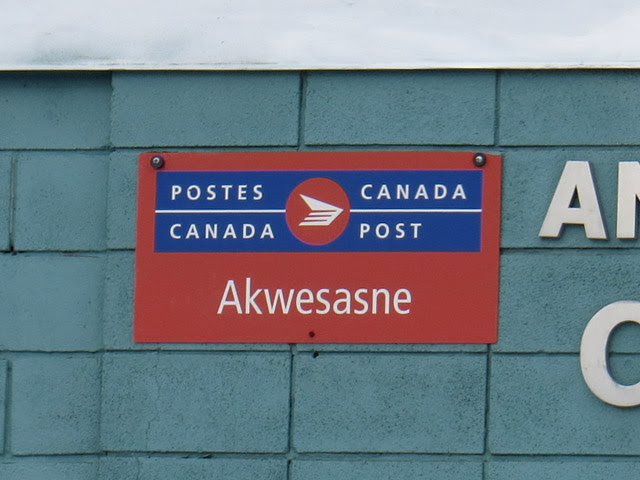 Here's a look back into the U.S., actually at an Akwesasne school bus stop, from just inside the Canadian border. 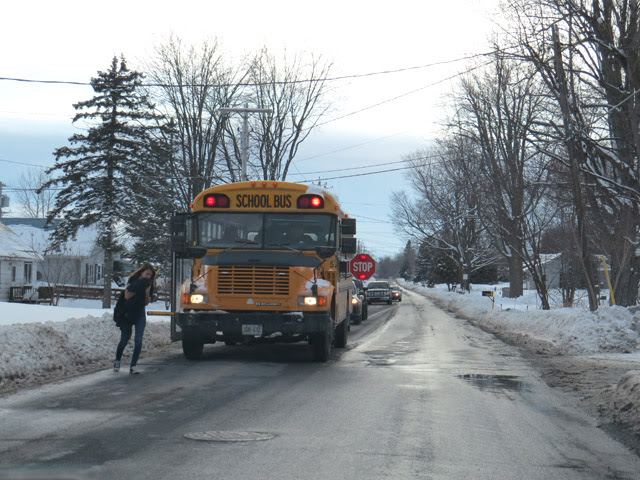 So there you have it. Hope you enjoyed this little slice of Canada and of trivia! (Notes: Al Jazeera provides insights into the lay of the Akwesasne land, borders, and governance here. An official, detailed map of the reservation, which also extends into Ontario, can be found here.)