Across the street from a church in the small Savannah, Georgia suburb of Port Wentworth lies its recently discontinued branch post office. The post office closed at the end of February; customers had the option of keeping their P.O. box numbers and ZIP code as their boxes were moved to the Garden City post office, three miles away.

Here is the Port Wentworth post office, as documented at the end of August 2009: 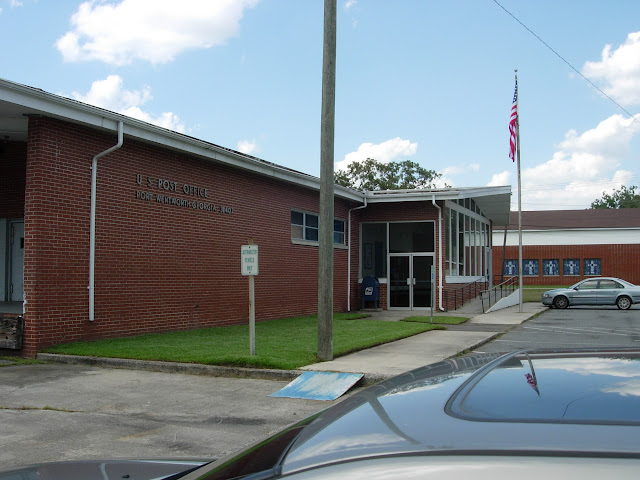 I don't think it's a post office that deserved discontinuance, but I suspect its fate was sealed by its persistence on the Consolidation "Hit List".
Posted by Evan K. at 6:53 PM