In my travels I've come across a couple of facilities that serve as the home to more than one post office. I'll explain. Ordinarily, a post office is an independent building in its own community. Sometimes a post office is outside its community: Trenton, NJ's MPO is technically in "Hamilton Township", though it serves Trenton.

A bit north of Princeton, NJ, there is one building that hosts the post offices for two communities. They used to lie in two separate buildings, about a mile apart, but they've since learned to share. Kendall Park and Franklin Park are two independent post offices possessing different Postmasters, distinct PO box sections, and two different postmarks, though it has only one retail counter. The Franklin Park PM works in a different building and you have to ask the clerk for its postmark from the back. Here's a picture of the building: 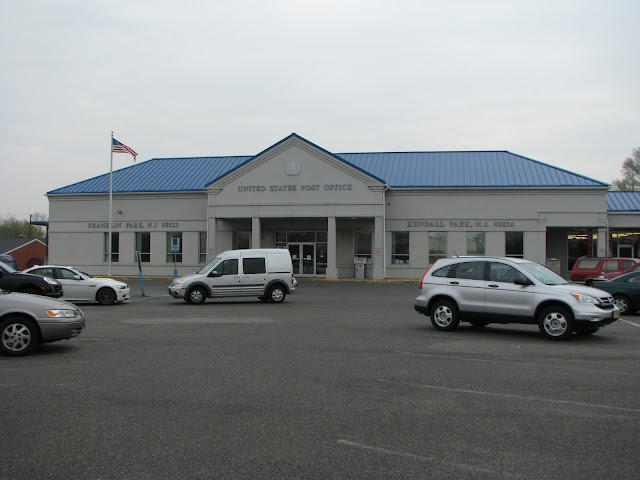 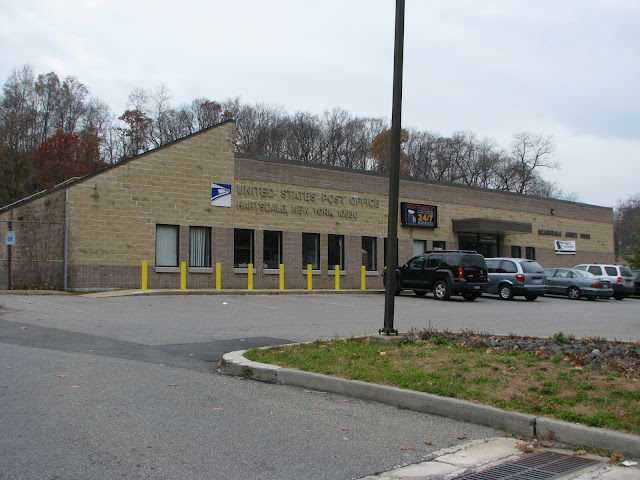