I spent two afternoons at one post office. But this isn't your average P.O. The Postal History Foundation (PHF) in Tucson, Arizona (est. 1960) is an institution that's more than worth a visit for a postal buff. 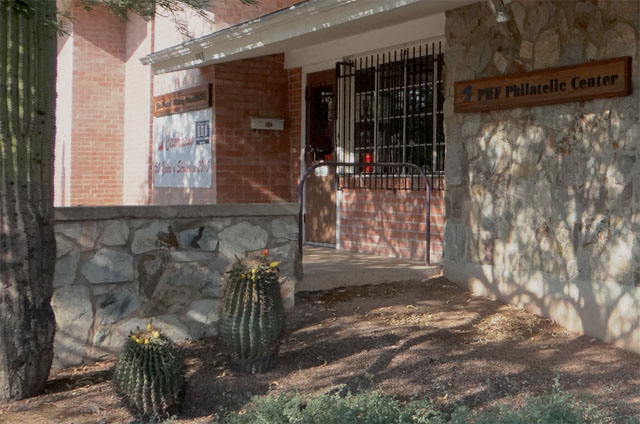 Many stamp collectors recall that two of the best USPS Philatelic Centers in the country lied in Providence, RI and Tucson, AZ. These were located within each city's respective main post office and had all the stamps you could want, and more. They would feature frequent pictorial cancellations as well. These are now gone, though my father obtained a postmark from Tucson's "Old Pueblo" Philatelic Center before it closed:

Without a dedicated philatelic staff, something unique has happened: present-day Tucson pictorial cancellations are now serviced, instead of by USPS, by a Contract Postal Unit (CPU): namely, the Postal History Foundation's. Longtime readers might recall that there was an 11-11-11 pictorial cancel available in Tucson. Look closely at the image, and you can see the address is that of the PHF. Here's a cancel I received back in the mail―beautifully struck, as you can see.

Effectively, the PHF is now the Philatelic Center for Tucson. But I'd realized none of this when I walked in. I just went to visit a CPU and get a cancel for my collection. The PHF maintains a Postmark America-style permanent pictorial, as well as a couple of standard round daters. The stamp selection was impeccable (read: much more thorough than that of nearly any 'standard' post office), and I bought a sheet of the U.S.S. Constitution stamps. 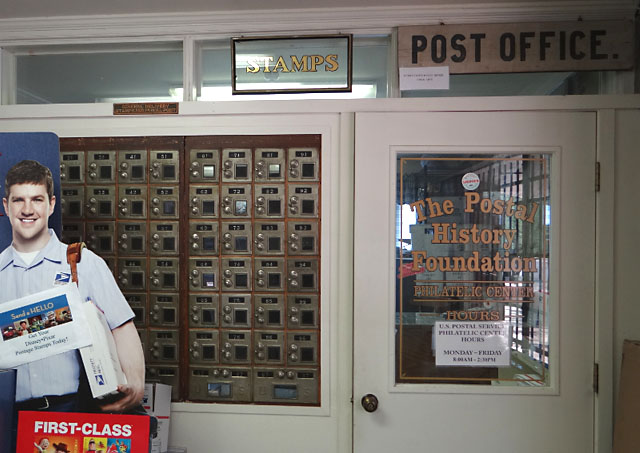 But the PHF had much more, so I was lead around the floor of the foundation and library. I spent most of my time with the amicable and knowledgeable Paul Nelson, and took photos so you can take a tour along with me! 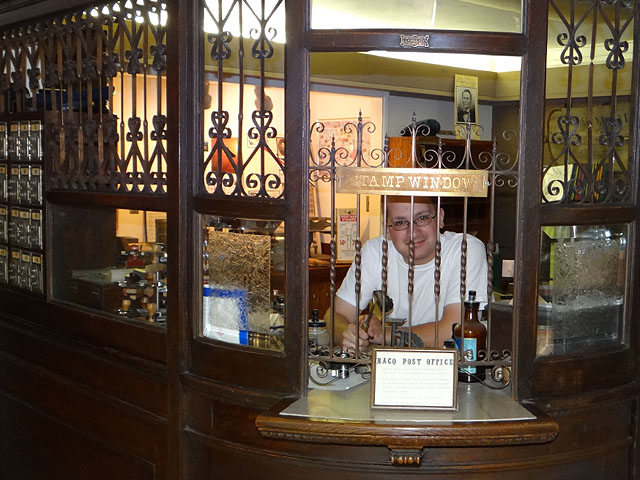 Naco is a Mexican border town about 100 miles southeast of Tucson. The old interior structure, including P.O. boxes and window, is at the Postal History Foundation. They preserve many postal artifacts there, which I'll let you visit and discover for yourselves. Or you can view their website here. But you're allowed in the back, and I found it loads of fun.

The primary work room was decorated with many enlarged stamps along the walls. Around the room there were two primary clusters of tables, each of which contained work stations at which volunteers sorted stamps -- cancelled or mint -- and other materials for the foundation, much of which is available free of charge to educational institutions around the country. There were about four volunteers for most of the first afternoon I spent there.

Beyond this there is a reading room with art exhibits and two libraries stacked with goodies, including every issue of Linn's Stamp News ever publishe, as well as archives of other philatelic publications, postal references, and other history books. 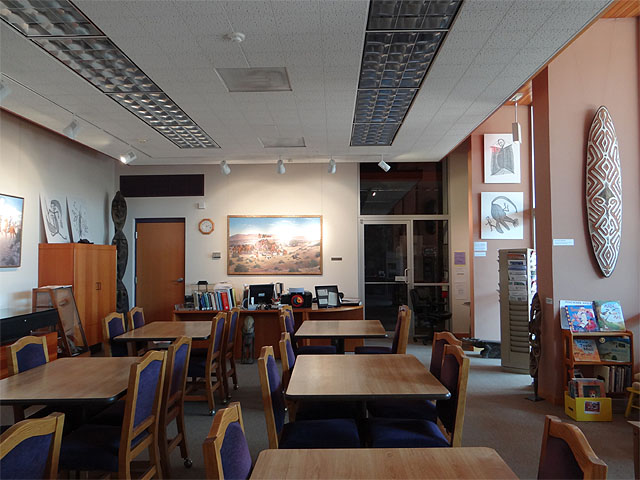 Tucson's got several other interesting postal facets to it. But those will have to wait for another post.
Posted by Evan K. at 3:04 PM