The U.S. Postal Service provides to the Postal Regulatory Commission data regarding all parts of its operations. While there are lots of fascinating tidbits all around, my primary interest as the 'postal tourist' involves information regarding USPS's physical infrastructure. To me this includes Post Offices, classified stations and branches, carrier annexes, and mail processing facilities. I also track contract postal units (CPUs) which, even though they are not staffed by postal employees, are the closest "Alternative Access" channel USPS possesses to formal post offices. CPUs, ideally, supplement USPS's 'formal' network. Tracking them enables greater understanding of access to postal services in a community, and so it is important that accurate information be made available to the public for further analysis.

A PRC Chairman's Information Request requested that USPS provide a list of post offices suspensions, offices formally closed, data regarding all collection boxes in the country(!), identification of all Contract Postal Units (including CPOs, a subset of CPU), and identification of all active Village Post Offices. On January 17, 2013 USPS responded to each of these requests.

This is the Chairman's request (see link above):

The author has, and he concludes that the data provided by the U.S. Postal Service to the Postal Regulatory Commission regarding CPUs is incomplete and inaccurate. How do I know? Because I've visited locations around the country during FY 2012 that are completely unaccounted for by the response documentation provided.

Save The Post Office analyzed the overall data, and concluded that a net of 500 Contract Postal Units closed during FY 2012, leading to a nearly 15% reduction in contract operations. I do not believe this assessment to be correct. Rather, I'm convinced that the data provided by USPS are incomplete and otherwise misleading.

The U.S. Postal Service, in replying to a similar request for its fiscal year 2011, responded with an Excel file with three sheets: "Closed FY 2011", "Opened FY 2011", and "Open_End FY 2011". There is no reason it should not be able to create a nearly identical product for 2012. Heck, the response to "List the CPUs open at the beginning of FY 2012" should be just about identical to the "List the CPUs open at the end of FY 2011," right? Instead, USPS has responded with a one-sheet Excel file that addresses none of the questions at hand.

In analyzing a 3,000-row spreadsheet it helps to check a region of entries against information you know. I found it helpful to sort the data first by state, and then by ZIP code. My first test region is the Las Vegas metropolitan area, an area in which I spent five nights and visited every active classified and contract postal operation last spring. I've made a photographic map of all these operations available. There were 21 CPUs in operation within the Las Vegas metro area (which, here, includes Las Vegas, Henderson, and North Las Vegas) at the beginning of May 2012.

(A screenshot of the map:) 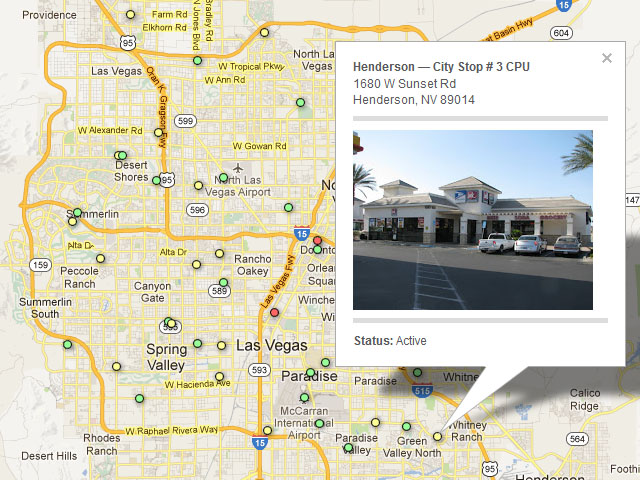 My first observation about the Postal Service data (which is easier to see if you sort the spreadsheet by ZIP code) is that there are 12 duplicate entries: There are 11 gas stations in the region that were previously known as City Stop, each of which possessed a CPU. The chain was bought out by 7-11, and it's likely the CPUs have been converted to that name. In the USPS list, each operation is thus listed twice: once as a City Stop and once as a 7-11. You'll observe that the 7-11 operations occupy sequential contract numbers: 15597 to 15607. This is because they were converted at the same time. In any case, the entries:

Accounting for these duplicates, USPS has accounted for 18 of the 21 CPUs within the region. Missing are:
All of these operations -- including, yes, all 11 then-City Stops -- have been mapped and pictured at the map link provided above, and were visited and photographed during FY 2012. And yes, all 21 were listed in the 2011 report.

Tulsa is the parent post office of four CPUs: the East Central Mail Center CPU (74128); American Heritage Bank CPU (74132); U.S.A. Mail Center CPU (74133); and Pryority Mail CPU (74133). As a matter of fact, the latter is among the highest-grossing CPU in the entire U.S. (In some years it is the top-grossing CPU.) Yet it is not listed among the contract units active during FY 2012. Here's a photo, taken during a lull in the otherwise constant stream of customers: 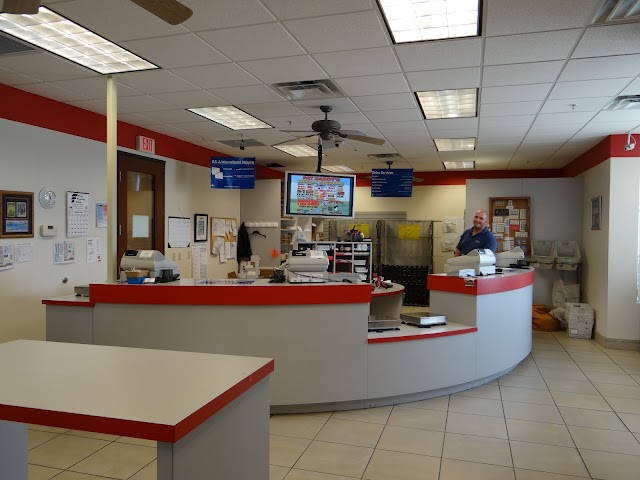 The U.S.A. Mail Center CPU is a critical operation as it effectively serves as the retail unit for the Chimney Hills Carrier Annex next door. Yet it's not listed either.

The largest city in one of the nation's least-populous states is rather remarkable in that it possesses, besides its main post office, one classified station and 14 CPUs. They are designated numbered stations 1 through 14. Thirteen CPUs are locations of two regional chains: Lewis Drug's and Hy-Vee. There are six of the former and seven of the latter, respectively. USPS's 2012 CPU Directory only accounts for six Hy-Vee locations, however. 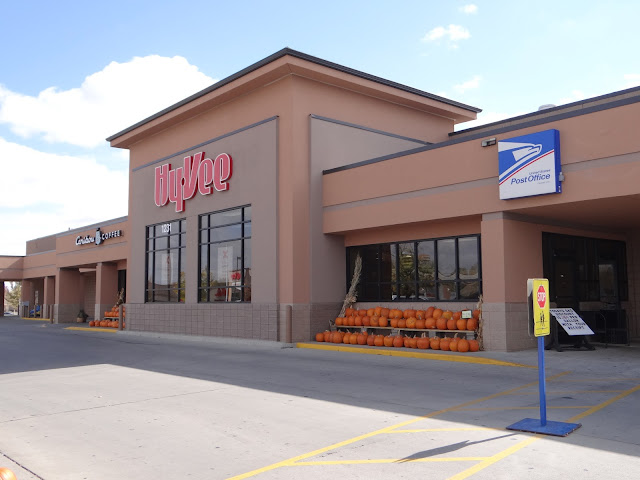 There are many more errors or inconsistencies where these came from. As such I believe this response to the Chairman's Request should be remanded for further consideration.
Posted by Evan K. at 8:05 PM