Ah, Indianapolis. Hoosier Central. There's a former building in Indianapolis that definitely deserves to be highlighted on this blog, and it is the Birch Bayh Federal Building and U.S. Courthouse smack-dab downtown. Inside I was only able to see the entrance (this building is not generally accessible to the public), but just the very corner of the building was remarkable. The building, as presently stands, was built in stages—the primary structure being built between 1902 and 1905, and the northern 'annex' being completed in 1938. Indianapolis's Main Post Office operations resided here for some time, but no postal operations remain here.

The building is packed with stunning examples of artwork and masonry, and fortunately the General Services Administration (GSA) and Federal Courts website have published a thorough Visitors' Guide to the building's architectural treasures. I could write all day about it, but seriously, go check it out. If you try to enter the building through the most public entrance you will get a glimpse of one of the Octagonal Rotundas—check one out on page 14.

(Fun fact: when you appreciate the building's architectural wonders, even outside, you will be monitored by federal security personnel! They might subtly observe you out front while looking at a smartphone, or peek out from behind blinds if you're around the side. #modernlife)

Here are some pictures of the Birch Bayh Federal Building from my visit there last summer.

1. Federal Building, from the southeast (front at left) 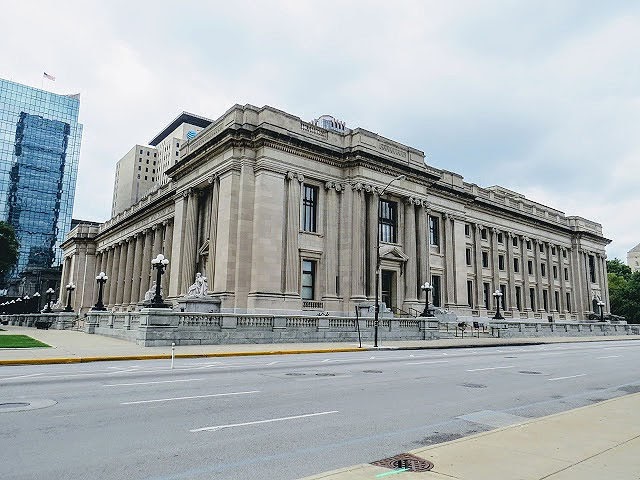 2. Front of Federal Building. Note the inscription dating the building to 1903 (MCMIII). Grand, no? 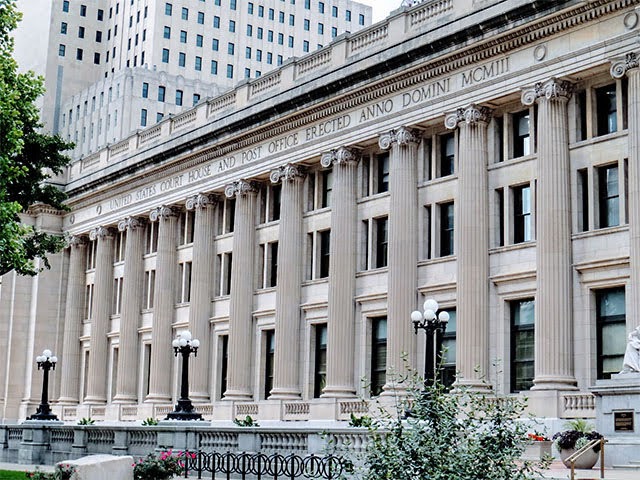 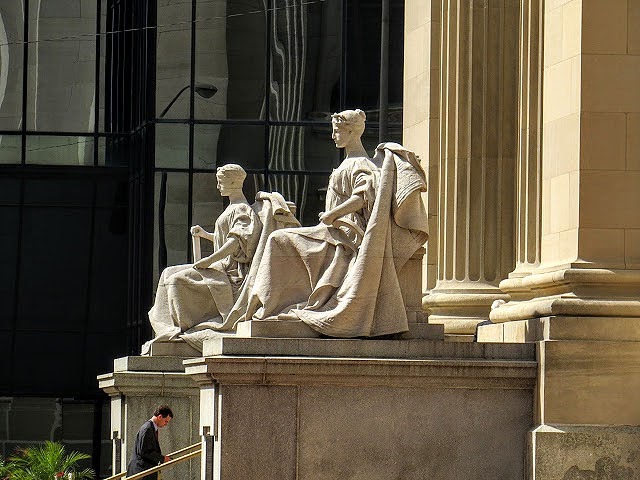 The four statues are named "Industry," "Agriculture," "Literature," and "Justice." 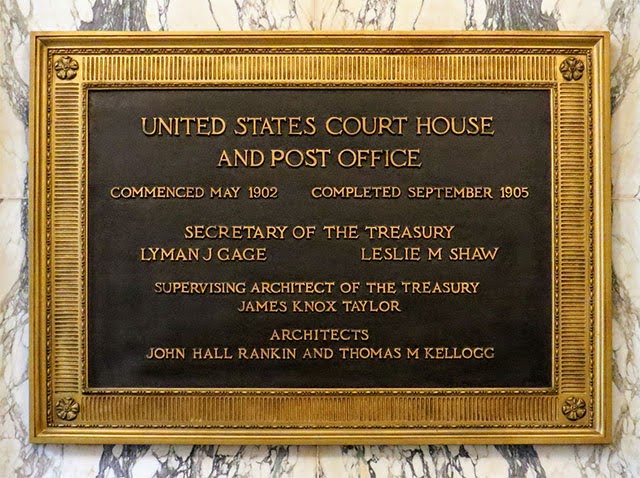 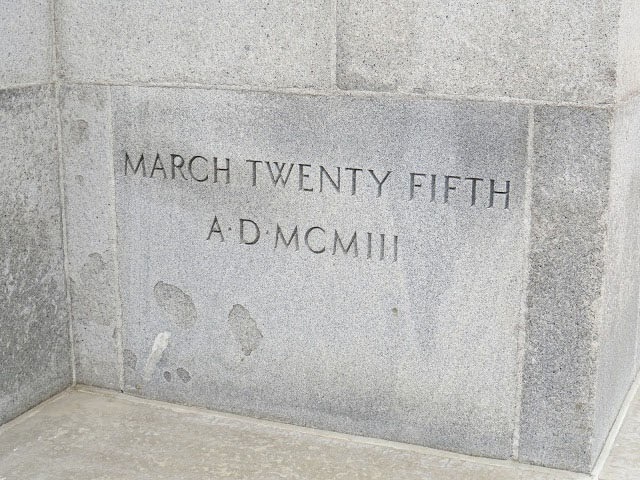 6. One example of the building's New Deal artwork: a frieze, by David K. Rubins, above the northeast vehicle entrance. 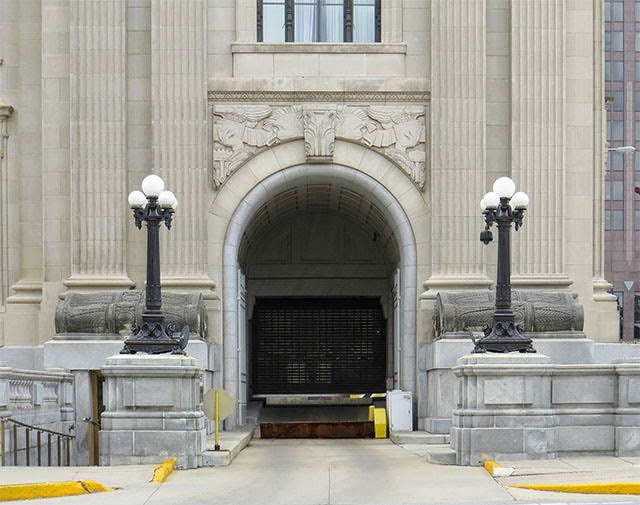 This frieze, and its counterpart at the NW corner of the building, were part of the annex added to the building during the late 1930s. They were carved in place by the artist. And that's not even examining the fascinating carvings flanking the sides of the entrances!

More of my images can be found at the Living New Deal's pages for the building. Unfortunately I was not able to visit the murals inside, though they are shown in the Visitors' Guide linked to above.
Posted by Evan K. at 2:00 PM