This is a modest entry, one that occurred to me only a year after I visited the town of Holcomb, Kansas and, somewhere along the same road trip that took me there, listened to This American Life: Our Town. If you've heard this episode you'll understand. Finney County, Kansas, has seen a sizable influx of Latino workers to this rural, stereotypically deep red pocket of a deep red state. But as KHI reports, "the Hispanic population has continued to grow steadily. Latinos make up nearly half of the total population in Finney County." Driving into Holcomb from the west I noticed a huge (perhaps 85-acre) meat processing facility owned by Tyson Fresh Meats... again, this is not commentary; if you're heard those episodes of This American Life, you'll understand why I bring this up.

What brought me to Holcomb originally was, well, two things: 1. When I'm in an area I visit all the post offices in said area; and I was in southwest Kansas to begin with (see previous post); and 2. Holcomb, specifically, I wanted to visit because I'd read Truman Capote's In Cold Blood back in 2015, as subway reading fodder. Thanks to the MTA you know you'll probably have some extra time on your hands. Anyway, I'd wanted to visit Holcomb and Garden City ever since I read the book.

So: just a map of what's going on in town. I've missed making some Postlandia maps! 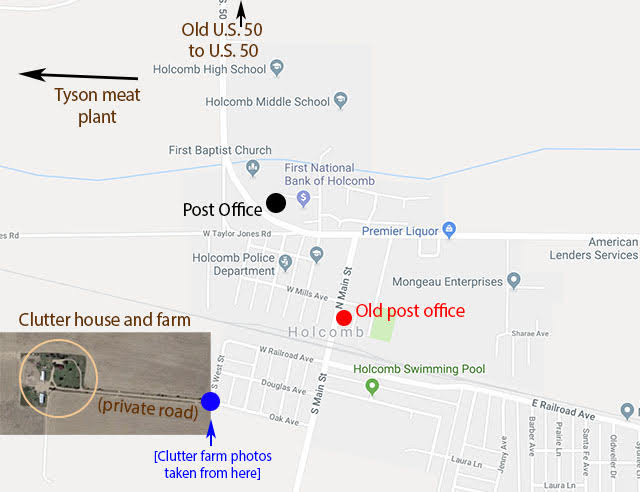 Coming in to town from U.S. 50, you pass the schools on the way to the current post office, a generic 3,200-square-foot facility that's been in use since 1998. The entrance to the parking lot is smack-dab off the inside of a huge curve in the road. I recall it being slightly awkward. 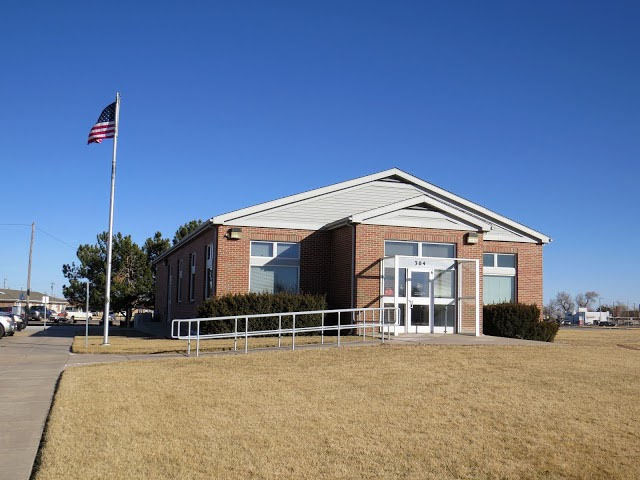 From here I headed toward the Clutter farm, which you can see takes me straight through North Main Street. I instantly picked out the building, on the east side of the road, that had previously served as the post office. But let's save that for a bit later. My primary destination was the Clutter farm. To get there you need to drive on an unpaved road: Oak Avenue, 1150 feet until its end. While the road curves north a dirt driveway continues on straight another third of a mile; the end of the driveway is the closest you can get to the home (alas, no trespassing signs)—gotta respect folks' privacy! I was able to snag a couple of photos at this point: 1, the driveway, with alternating trees; you can see the farm and house. Next, a telephoto of the house (this is why I love my 50x optical zoom lens!). For those who've read the book, I'll just leave these here for you to ponder. 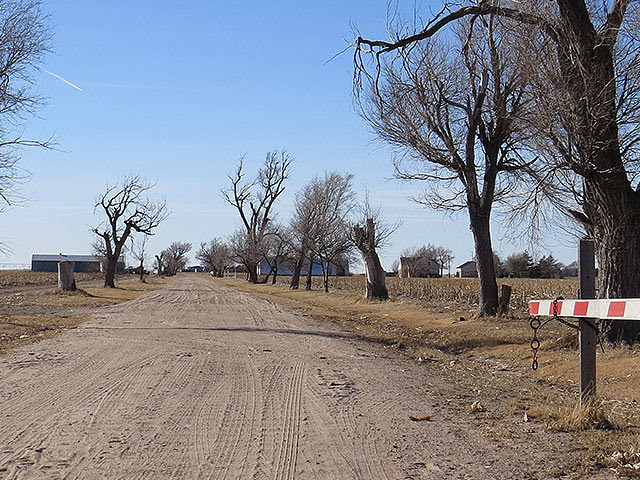 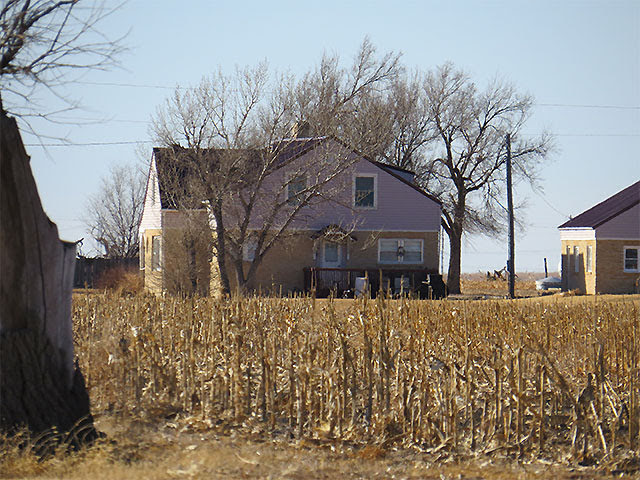 Back on North Main Street, I got a couple of photos of the La Popular Grocery Store (a.k.a. the old post office). I love it; it's got character, a sign of an evolving community; of renewal. First, here is the building as it appears as the grocery store in 2018. Second, here is the building back when it served as Holcomb's post office (a photo by Postlandia friend John Gallagher), taken back in 1994. Again, even without having seen that image beforehand the building was instantly recognizable as a standard post office design. 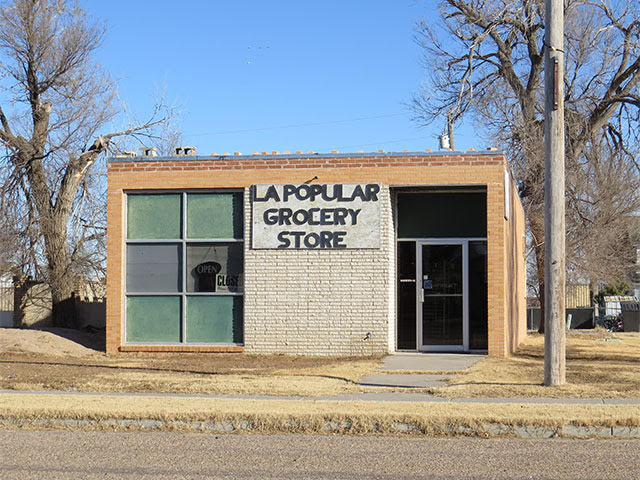 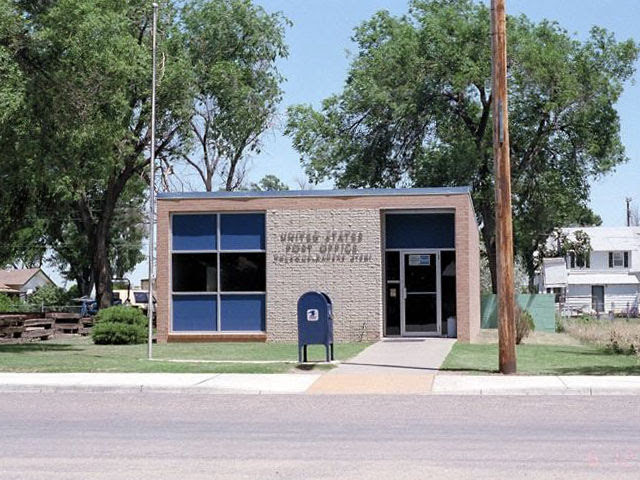 You can notice a couple of changes to the front of the building, notably that the brick is now exposed whereas it had previously been covered. I like the new, bare appearance better. This comparison made possible thanks to the Post Mark Collectors Club (PMCC) Online Post Office Photograph Collection! It's currently up to 441 photos from Kansas.