Champaign–Urbana, a.k.a. Urbana–Champaign, a.k.a. Chambana, in eastern Illinois, is a twin city with a population of roughly 140,000, 125 miles from downtown Chicago. The first question that comes to mind: which came first—the Champaign or the Urbana? It was, in fact, the latter: first settled in 1822, the Urbana post office was established in 1836. It likely would have remained the only city in the area, but you can blame the railroad:

Wikipedia: "Urbana suffered a setback when the Chicago branch of the Illinois Central Railroad, which had been expected to pass through town, was instead laid down two miles west, where the land was flatter. The town of West Urbana grew up around the train depot built there in 1854, and in 1861 its name was changed to Champaign. The competition between the two cities provoked Urbana to tear down the ten-year-old County Courthouse and replace it with a much larger and fancier structure, to ensure that the county seat would remain in Urbana."

ChampaignIL.gov: "Champaign was founded in 1855, when the Illinois Central Railroad placed its tracks two miles west of downtown Urbana. Originally called “West Urbana”, it was renamed “Champaign” when it acquired a city charter in 1860. Both the city and county name were derived from Champaign County, Ohio."

The Champaign post office was established in 1860. Okay, now that we've got the basics, we can get a look at the landscape of the cities, which mutually support the University of Illinois at Urbana–Champaign. 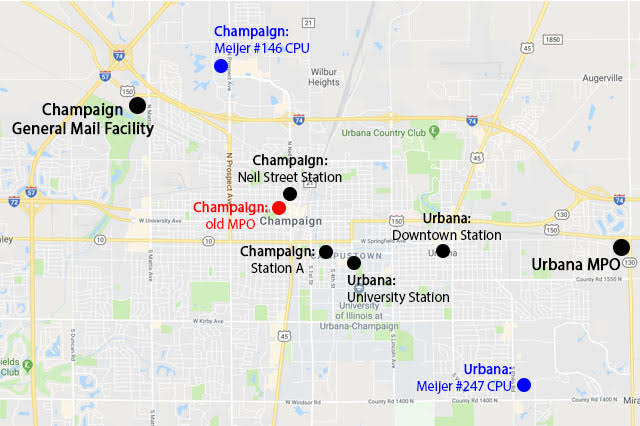 Postally speaking, the cities are still divided: Champaign to the west, Urbana to the east. We'll start with Champaign, which has a General Mail Facility that is still used for mail processing, two stations around the city center, and a Contract Postal Unit (CPU) in the form of a Meijer. Next we'll move on to Urbana, which also has two stations around the city center and a Meijer CPU. Each also city has a beautiful old post office building from the early 20th century, and a main post office for each city has moved away from the urban core toward the extreme side of the area... which reminds me of the metaphase and anaphase stages of mitosis (cell division), wherein the cellular spindle pulls the genetic material away from the center in advance of the final division of the cells (visuals here); but I digress.

Old Champaign Post Office:
I'll let Wiki have the honors: "The U.S. Post Office, now known as the Springer Cultural Center, is a historic government building located at Randolph and Church Streets in Champaign, Illinois. Built in 1905, the building originally served as Champaign's post office. The office of Supervising Architect James Knox Taylor designed the Beaux-Arts building. The brick building features extensive limestone and terra cotta ornamentation. The front facade has four pairs of Ionic pilasters separating the entrance and two sets of windows. A frieze reading "UNITED STATES POST OFFICE" and a dentillated cornice run above the pilasters. A balustrade runs along the front edge of the roof; a large scrolled cartouche marks the center of the balustrade."

The building received additions in 1929 (that was razed seven years later; a larger addition was built in 1936), and was converted into a what was known as the Springer Federal Building in 1966. Listed to the National Register of Historic Places in 1976 [nomination form / even more history here], the building was deeded to the Champaign Park District in 1991. 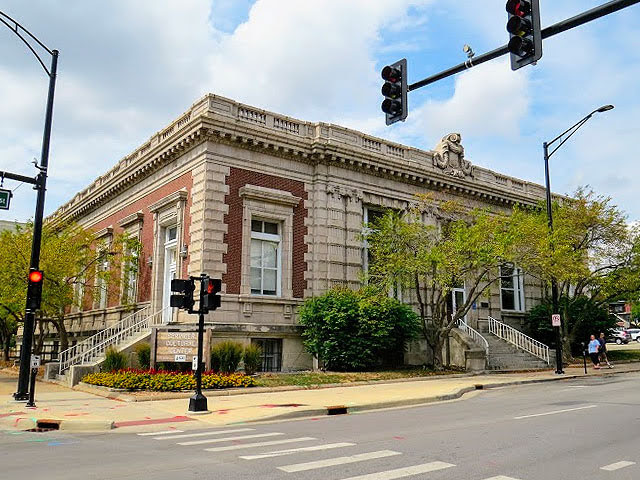 You can find amazing images of the building at various points in its history at ChampaignHistory.com, here.

Neil Street Station:
The post office on Neil Street, located near the Springer Cultural Center, opened in 1966 (replacing the old federal building); I believe this acted as the main post office until the opening of the General Mail Facility in 1991. The Postal Service owns both properties. 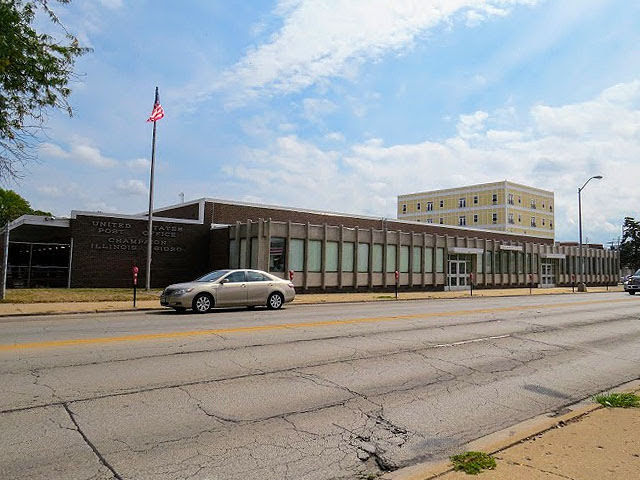 General Mail Facility:
This 191,000-square-foot facility, located in the far northwest of Champaign near I-74, opened in 1991. It continues to process outgoing mail. 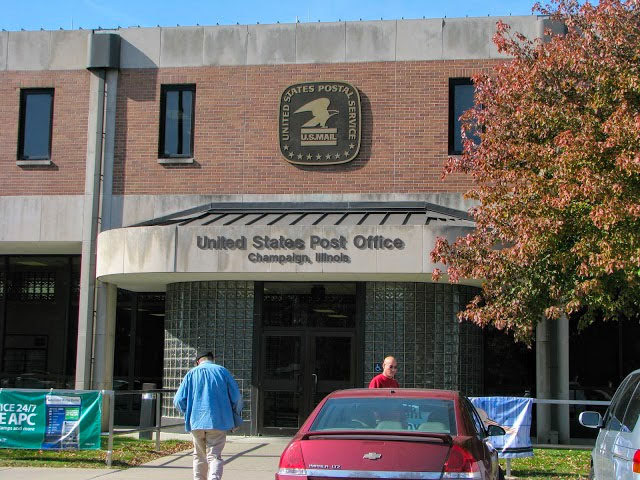 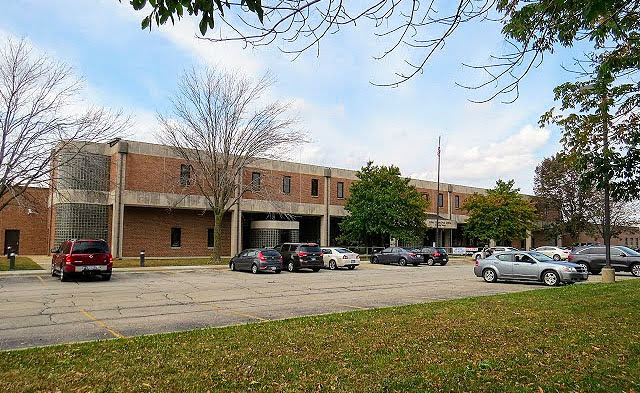 Station A:
The Postal Service also owns this 4,000-square-foot operation, located on the east side of Champaign, in 'Campustown' near Urbana. The building, which opened in 2000, bears a design common to USPS-owned facilities built at the time. 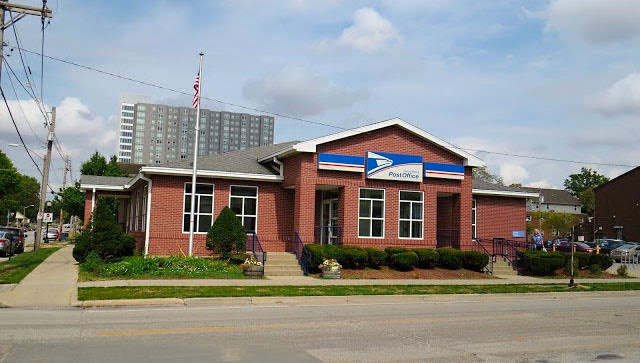 Meijer #146 is found on Prospect Avenue, north of I-74. Like other Meijer stores, it has a Contract Postal Unit (CPU). 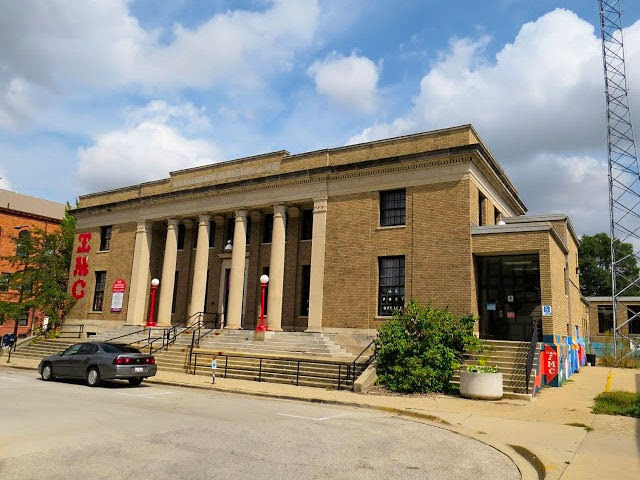 Built in 1914-5 with an addition dating to 1935, the old post office was constructed in downtown Urbana, right by the Champaign County Courthouse. The building bears a 1914 cornerstone. It housed Urbana's primary postal services until the main office relocated in 1998. 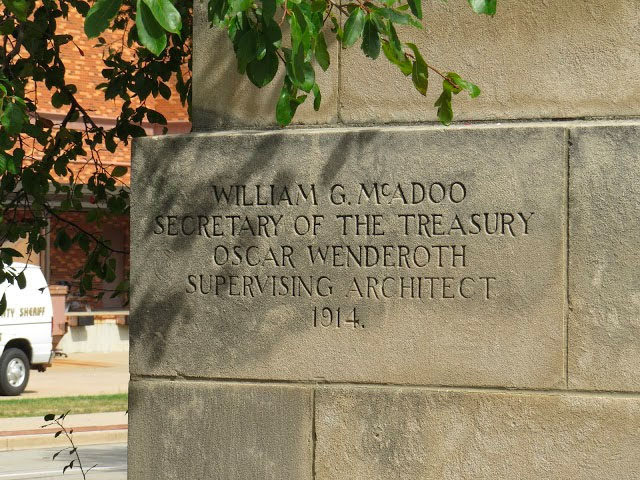 Articles seem to suggest that the building was vacant for some time before IMC, an "independent media group," "closed on the building on Thursday in a deal with the federal government for $218,320." News-Gazette reporting continues:

"The 1914 structure just north of Lincoln Square was replaced by a new facility near the corner of U.S. 150 and Illinois 130 in east Urbana. A decade earlier, in 1986, it had undergone a $1 million renovation. The solid, brick edifice has three floors, each more than 9,000 square feet, as well as a 6,000-square-foot lobby."

As part of the sale arrangement, the Postal Service is allowed to retain a presence in the building, leasing back 3,000 square feet for Downtown Station for $1 a year. (The building houses several other tenants as well, not for that cost.) The post office is located to the right when entering by the building's main entrance. It has a P.O. Box Section external to the retail lobby, and features a display of old images from the time of the building's original construction and 1935 extension. Here is an image of the outer lobby, and one of the historic images: 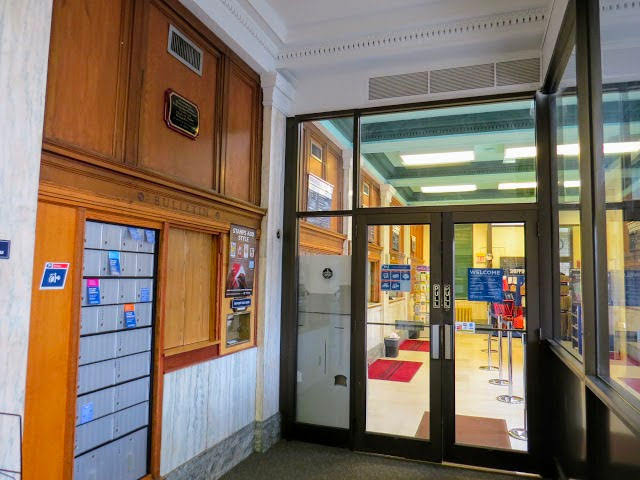 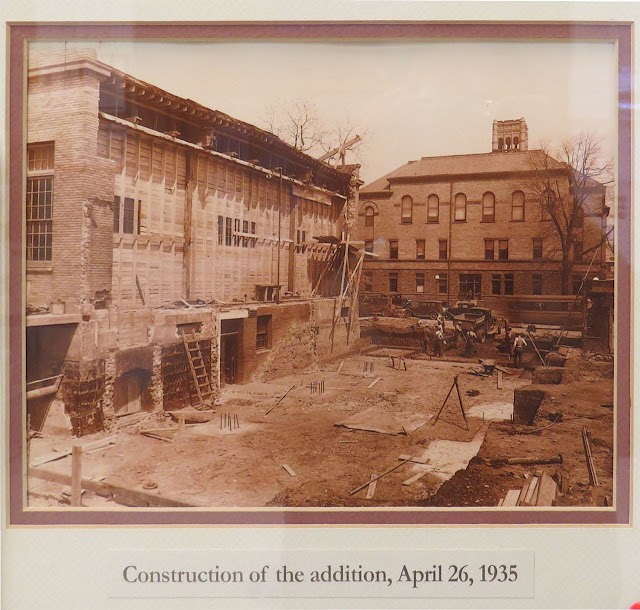 University Station:
Aside from finding parking, this was an enjoyable visit. Urbana's University Station post office is located on the University of Illinois at Urbana–Champaign campus, on the first floor at historic Altgeld Hall, south of W. Green Street. The post office is located inside the south entrance to the building that faces S. Wright Street. The inside is not much to look at, but the Richardsonian Romanesque-style building, which dates to 1897, certainly is!

Altgeld Hall, from the SW (postal entrance behind the bikes): 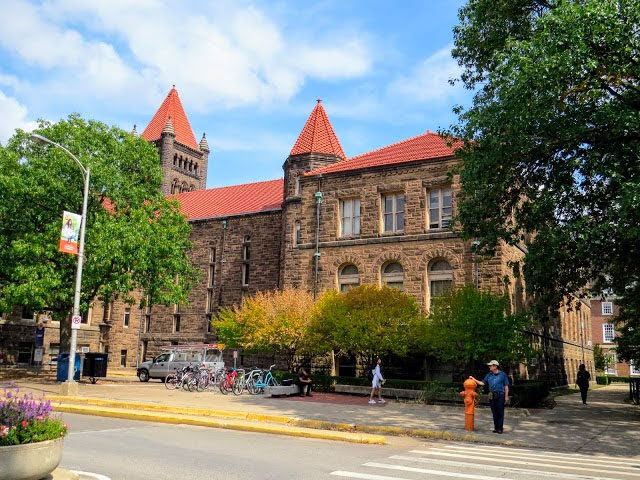 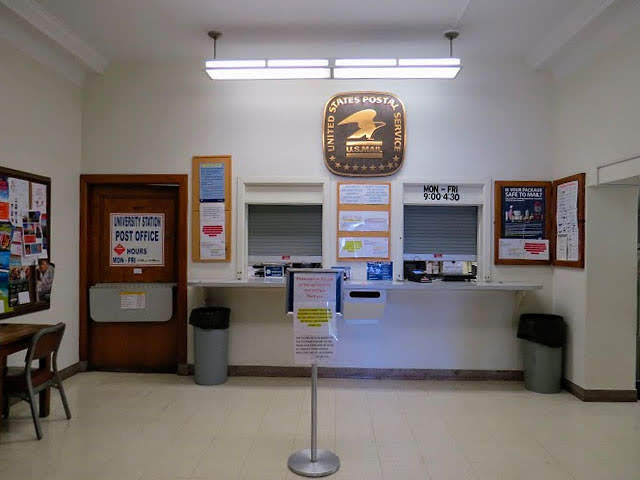 Main Post Office:
Located at the eastern extreme of developed Urbana, this 27,544-square-foot USPS-owned facility opened in 1998. Its design is par for its vintage. 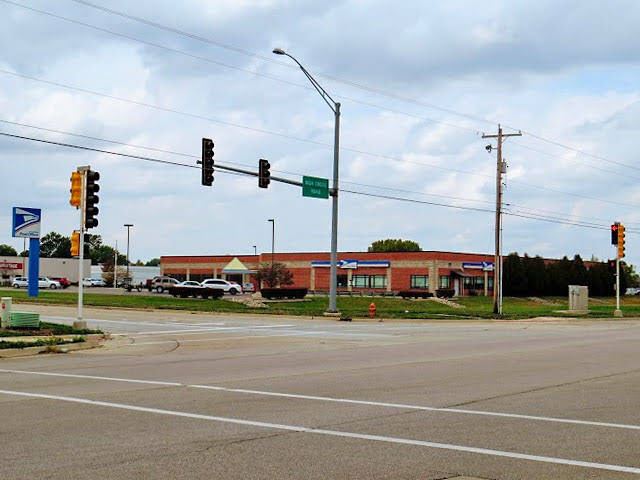 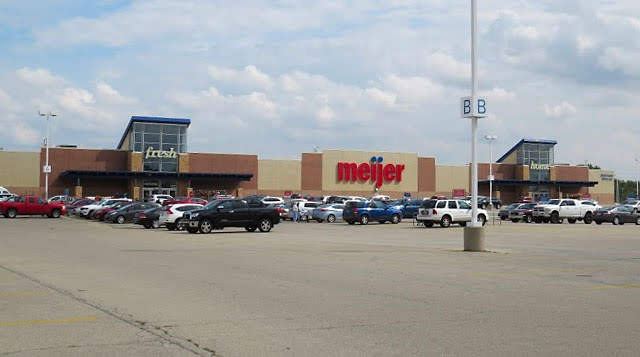 Meijer #247 is off Philo Road in the southeast part of the city. Like other Meijer stores, it has a Contract Postal Unit (CPU).

Hope you enjoyed this thorough accounting of this corner of the country. 'Til next time,
Evan
Posted by Evan K. at 3:14 PM