Panhandling in Oklahoma (or, Visiting Post Offices in Five States in One Day)

Using Albuquerque as a base, last January I was able to do something I hadn't even considered you could reasonably do outside the northeast United States: visit post offices in five states in one day, all while driving less than 200 miles. It's like the Four Corners on steroids! (Actually, the feat can be accomplished in less than 150 miles, but I went philatelically all-out.) Let me explain...

Cimarron County, Oklahoma is way out at the west end of the 166-mile-long, 34-mile-wide Oklahoma Panhandle. Just looking at the state I want to cook popcorn on the stove. Cimarron County makes up the western third of the region. With 1.3 people per square mile, and half the county's population residing in the seat, Boise City, the region is rather sparse.

Here is a typical landscape along Highway 325, west of Boise City. 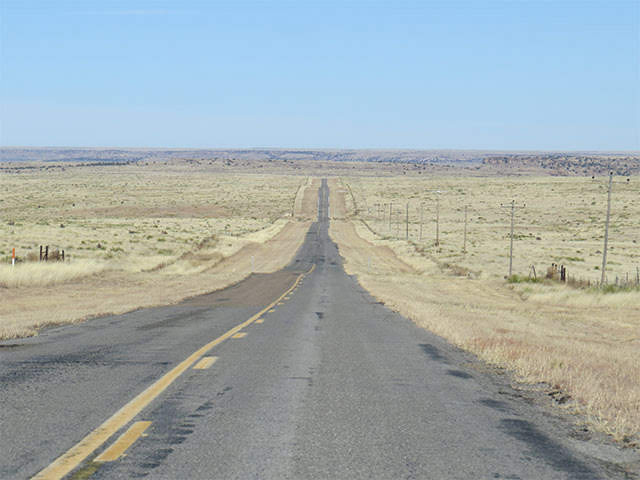 Cimarron County is home to Oklahoma's highest point (Black Mesa) and the only community in Oklahoma that observes Mountain Time (Kenton). Google considers it so low-priority that the area hasn't been visited by Street View in nearly a decade; so if you're itching to see the latest developments—like the new interchange of U.S. 287 and U.S. 412 east of Boise City—at ground level, you're straight out of luck.

Most interesting for our purposes, however, is a bit of trivia that cannot be said for any of the 3,000+ other counties in the U.S.: Cimarron County, Oklahoma borders four other states. New Mexico lies to the west; Texas to the south; [more Oklahoma to the east;] and Colorado to the north—for 53 of the 54 miles of the county's northern border, anyway... For less than a mile the county also touches the very southwestern corner of Morton County, Kansas! Which means, it's rather possible to visit post offices in five states in a comparatively compact space, particularly out west. Here's a map of the situation: 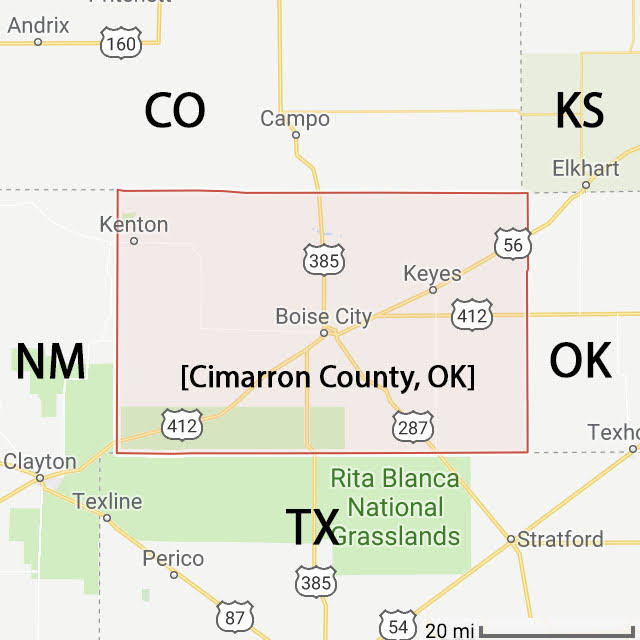 For my drive last year I started the day in Sublette, Kansas, and ended in Raton, New Mexico. I took U.S. 56 down through Elkhart, Kansas; visited the post office in Keyes, Oklahoma; diverted north to Campo, Colorado; came back to Boise City; drove the 36 miles one way to Kenton; found my way to Felt, OK; visited the P.O. in Texline, Texas; and finally headed west through Clayton, New Mexico, toward Raton. This post will focus on the four POs in Cimarron County and the aforementioned other POs (Elkhart to Clayton).

Elkhart: Elkhart is the seat of Morton County. This standard box of a post office has been in service since 1961. 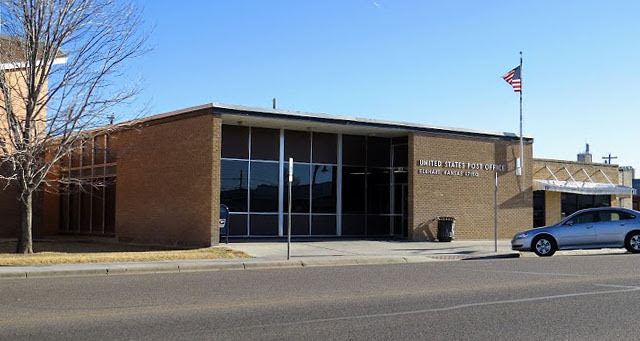 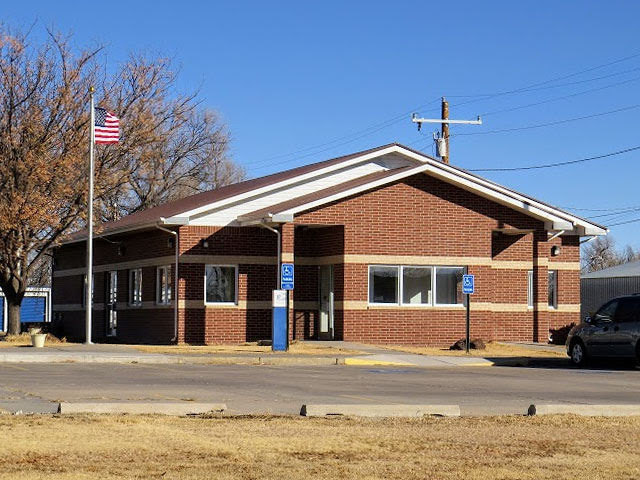 Boise City: A standard design for this region of the country, in use since 1991. 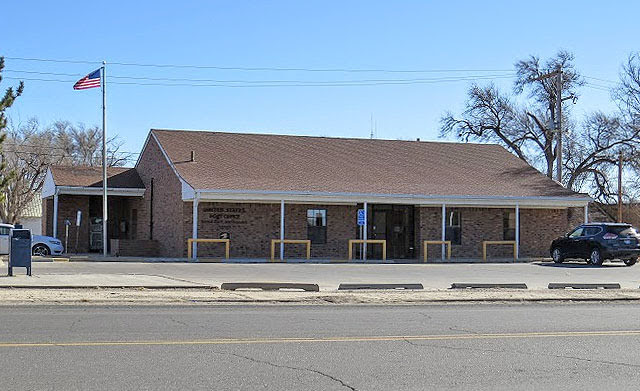 Kenton: This trailer of a post office feels the most interesting because of its site-specific sign, and the wonderful background. 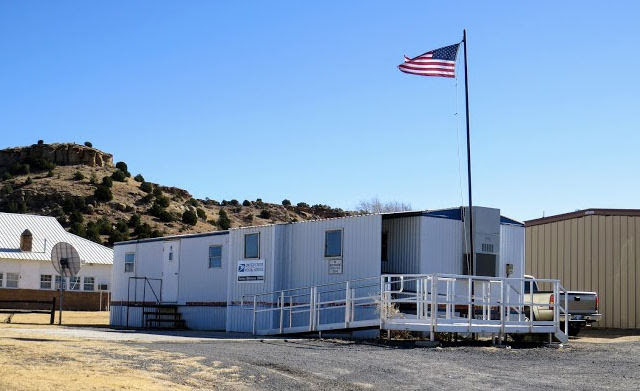 Felt: This cute 495-square-foot post office has been in service since 1977. 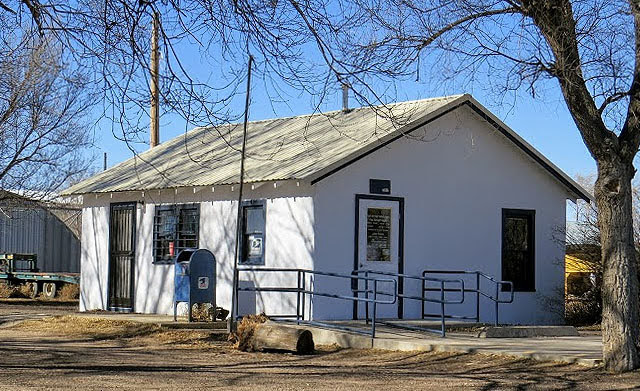 Campo: This nicely lit post office was built in 1967. 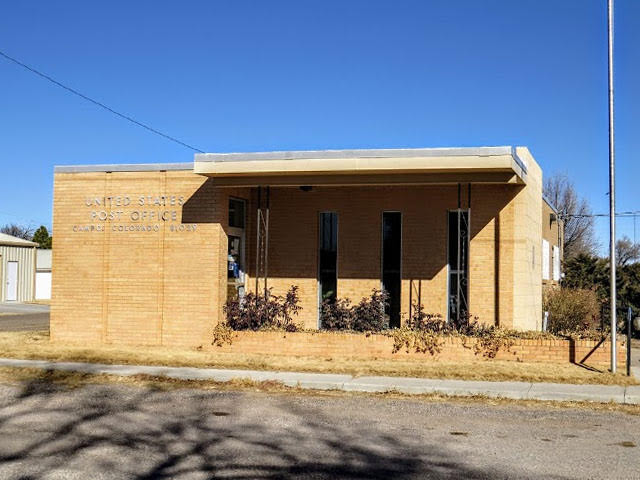 Texline: Since 1991 the post office has been at this long'n'low structure (immediately below). Prior to that it had been at a building on E Market St., west of U.S. 87. Google Street View shows the building still had its flagpole as of 2012; as of my 2018 visit the building showed no signs of occupation. 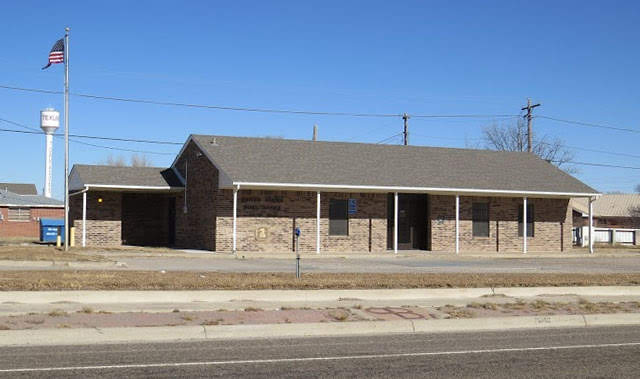 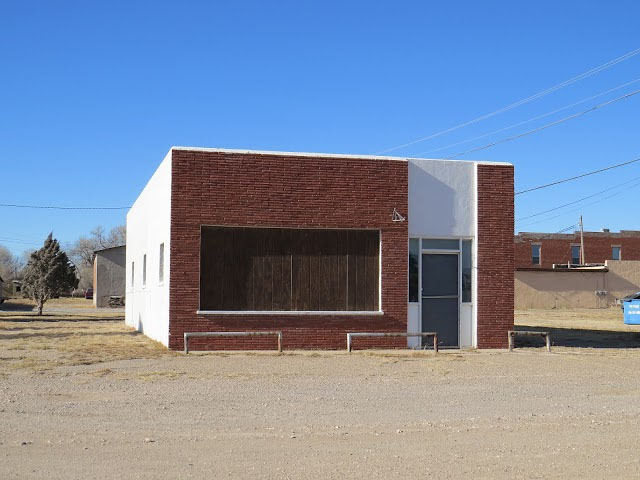 Clayton: This mid-century 4,342-square-foot post office has been in service since 1965. 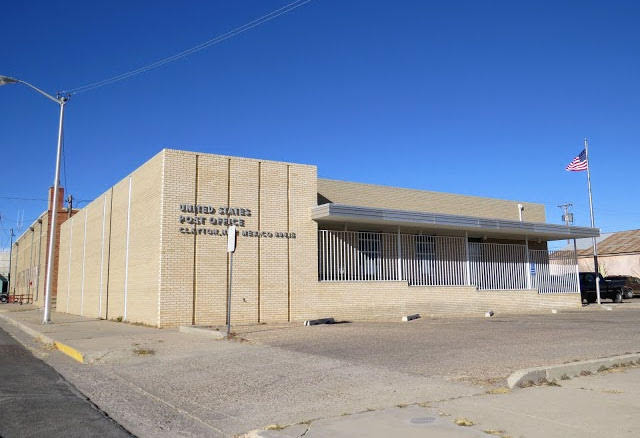 So, there you have it! Post offices in five (non-northeastern) states, in half a day. Hope you enjoyed!
Posted by Evan K. at 1:58 PM