I was saddened when the results to my recent FOIA request to USPS came back -- not because they didn't send me what I asked for, but because I saw the small-town post office in Lemhi, Idaho has received a Final Determination notice, meaning that its closure is imminent.

This little corner of Idaho is sparsely populated, but has a big place in history that is little-known: Lewis and Clark crossed the Continental Divide at nearby Lemhi Pass; this is where the first American flag was unfurled west of the Rocky Mountains (a nice page for road trippers, by the way).

Here's a little schematic map of Idaho I made for y'all:

This is General Store country, and this rural stretch of Idaho State Route 28, which runs through a stretch of valley at the edge of the Rockies, offered me four post offices over the 120 miles on which I drove it (from Terreton to Salmon) -- three of which are in general stores, and two of which are in towns so small that Google Maps won't even present them to you unless you're zoomed rather far in.

Assuming this [interactive] map shows correctly you can see what I mean:

Leadore (think mining; lead ore) was presented once before on this blog, but I think it's worth another look. This is located in a beautiful old general store with a wooden false front. See if you can make out the fantastic hand-carved wooden sign denoting the P.O.! The town's population lies just south of 100. 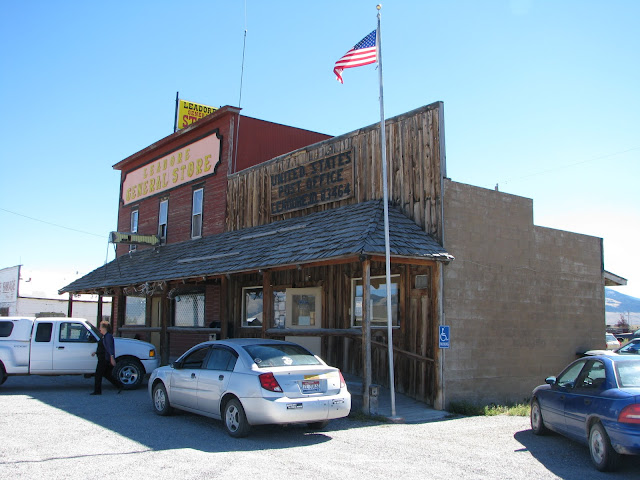 I saw not a building on this road for 18 miles until I hit the unincorporated town of Lemhi. And once I found this post office, I didn't see anything until that of Tendoy! The town, and Lemhi County, are named after a local native Shoshone tribe that was pushed to a reservation in 1907.

There are people who live around here; it just takes a satellite view to show that their houses and ranches are off the main road a bit. If you do take a look, you can even see the circular rings caused by central sprinkler systems! 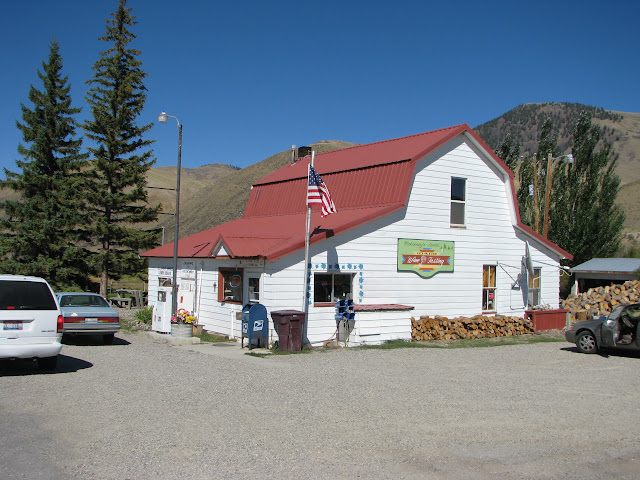 It's a shame that the Lemhi post office will be closing.

Tendoy, eight miles up the road, is another place you wouldn't see coming if you didn't otherwise know it was there -- again, this is the main building in town. I was thankful to come by Tendoy, partly because the friendly folks there filled up a water bucket with which I could really clean my windshield, which was getting splattered and battered during a late-season surge of insects. It's nice to be able to admire landscapes with your visual sight lines unobstructed! 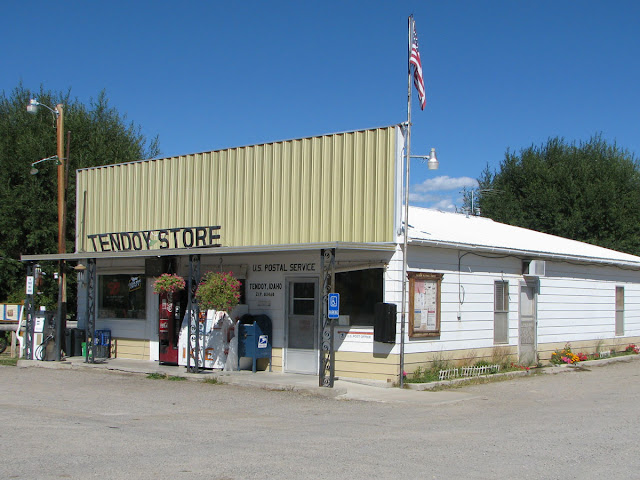 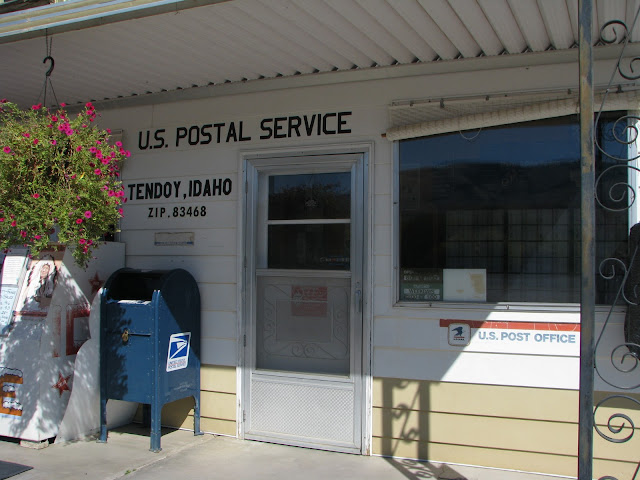 The end of this journey takes us to Salmon, Idaho, the seat of Lemhi County and the biggest town for many miles around. 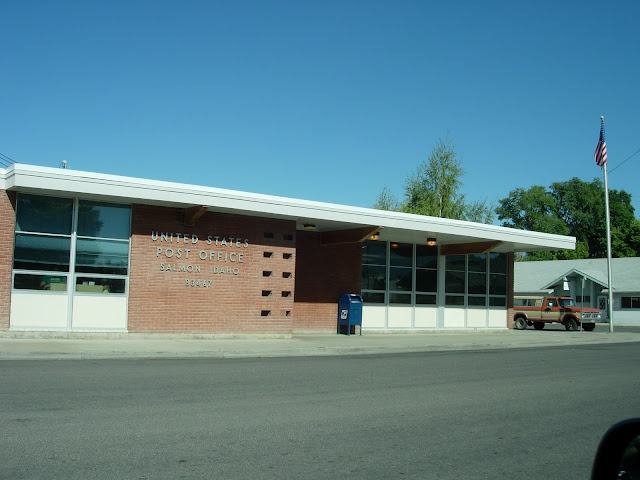