The Postal Station, also known as the Hollywood CPU in Portland, Oregon, is located on the first floor of an indoor mall in eastern Portland and has been around for ages. Its clashy interior setting is one of the most photogenic the author has seen. 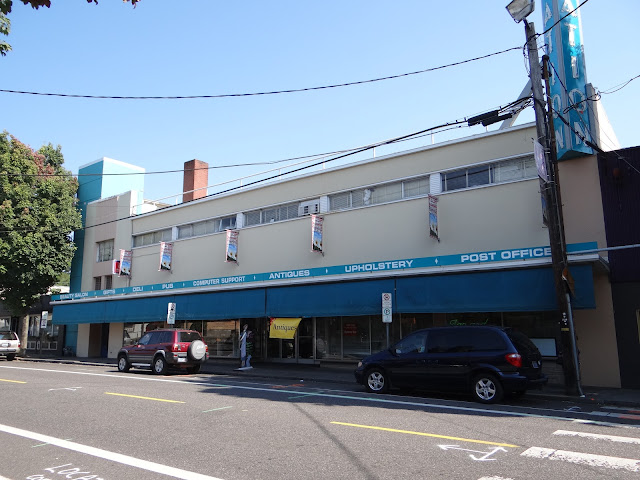 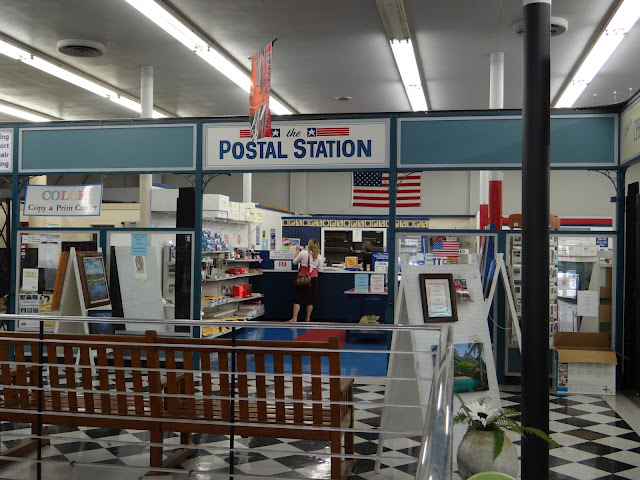 The operation also offers shipping supplies and copying services. The woman at the counter was very pleasant to this postal tourist.

The Community Post Office in the southern Minnesota town of Searles is as authentic as they get. The community of Searles is located a few miles south of historic New Ulm. If you didn't think the sun could bleach the the signage in such a northern setting, look no further than Searles. The interior is cramped with a handful of P.O. Boxes and a friendly contractor who serves the community for two hours each morning. Searles's population was 171 as of the 2010 Census. 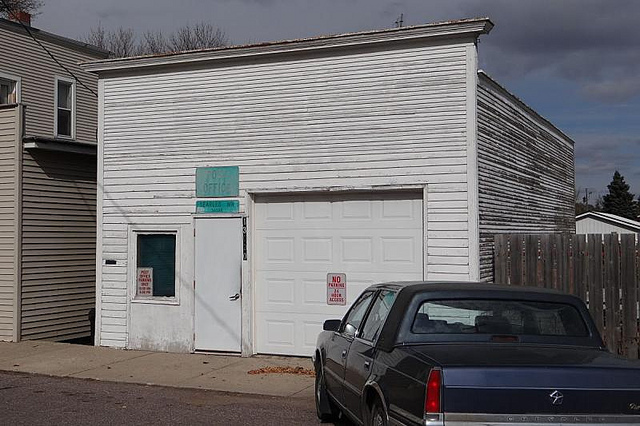 Ahh, El Paso. The destination of a long journey down I-20 or I-10 at the very western tip of Texas. It's the 19th-largest and of the most isolated large cities in America; Albuquerque lies a full 270 miles north, Tuscon 310 miles west, and San Antonio 550 miles southeast. Texarkana, at the other tip of Texas? 810 miles. (El Paso is keeping its mail processing operations, in case you were wondering.)

Nestled between hills and among El Paso proper is the U.S. Army's Fort Bliss installation. A security checkpoint upon entry is a given. If you include the reserved testing grounds to the northeast, Fort Bliss occupies 1,700 square miles. The populated region of Fort Bliss occupies much less than that. The population of the facility, according to 2010 Census, exceeds 8,000.

The centennial of Fort Bliss was commemorated with a three-cent stamp in 1948.

Fort Bliss possesses a classified [USPS-staffed; not top-secret] post office operation in Fort Bliss 'proper'. East Fort Bliss sprawls northeast, and there is one primary transportation corridor connecting the two parts of the base. While the eastern portion of the base has been expanding, it only made sense to expand postal operations there as well, which USPS did in the form of the East Fort Bliss CPU. The operation opened less than one month before I arrived in El Paso -- August 2012.

Here is a map of the situation: 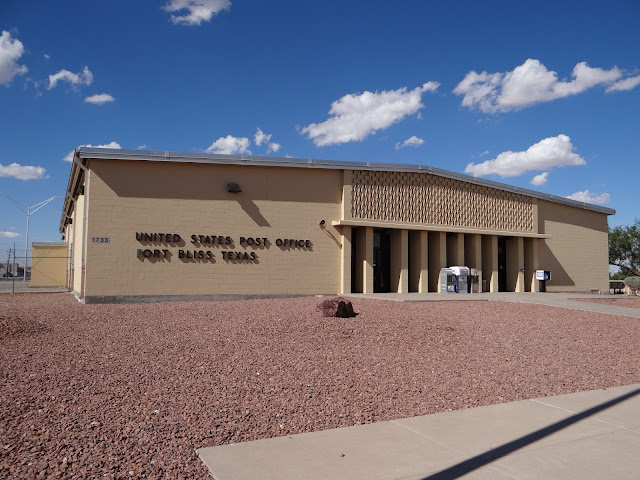 The CPU is located in the back of the FirstLight Federal Credit Union -- a good match. The CPU features its own staffer and a fully immersive modern wooden CARS / POS layout. It looks great. 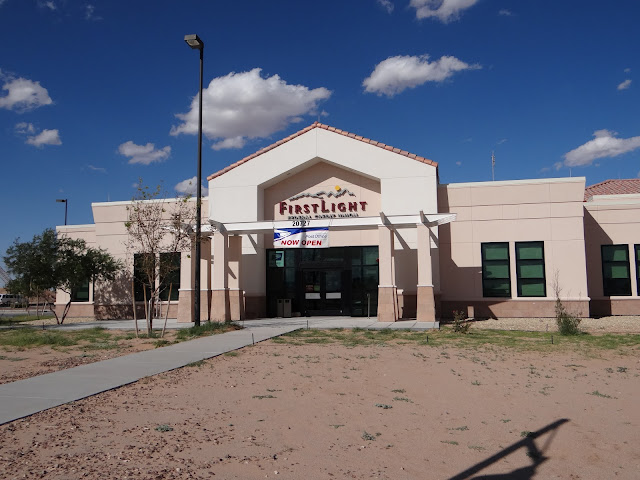