Montana is MT! Rather literally. (Emp-ty. Get it? Okay, pun quota met for the post.) But that doesn't mean it doesn't have some sizable, historic post offices.

I've enjoyed processing original images from the National Archives for Montana post offices. Several were undated and required additional research. In several cases: Billings, Missoula, and Great Falls, the Post Mark Collectors Club (PMCC) has been able to compile multiple images of the building as it expands and develops over a span of decades. (You can read more about the PMCC's unparalleled collection of post office photographs—presently at 27,000 and counting—here.) In this entry we'll review the historic post office building in Billings, Montana's largest city.

I wanted to discuss this post office because more than one historic image of this building online is mis-dated. For instance, this illustrative image on Wikipedia, "ca. 1914", could not have been taken prior to 1932. (In fact, it is the image you will see below, dated "ca. 1932".) This is because the building, while originally built between 1913 and 1914, was noticeably expanded twice in subsequent decades. 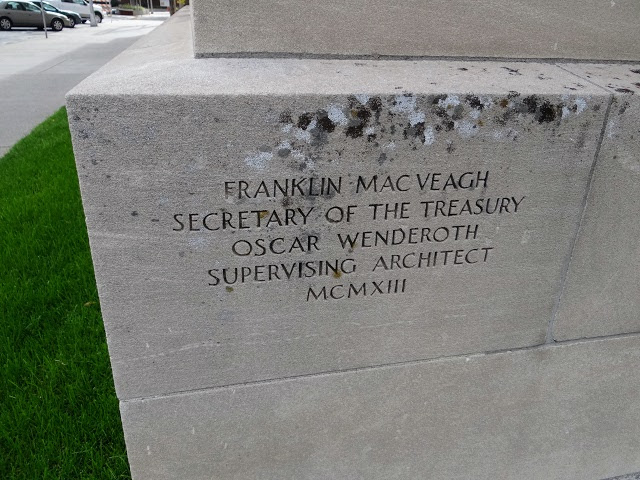 When originally completed the building had one-story side "wings". The building's National Register of Historic Places nomination form explains: "The present building has been twice altered. In 1932, the original single story wings flanking the central section were extended to three stories and the building was expanded to the rear (doubling the original side dimensions). The front and north facades remain unaltered from this addition. In 1940, an addition was made to the rear central and southern portions of the building."

You can see the difference given these images below:

This early (ca. 1914-1930) image appears on a postcard that is actually presently for sale at CardCow for an absurdly expensive price—thank goodness for fair use: 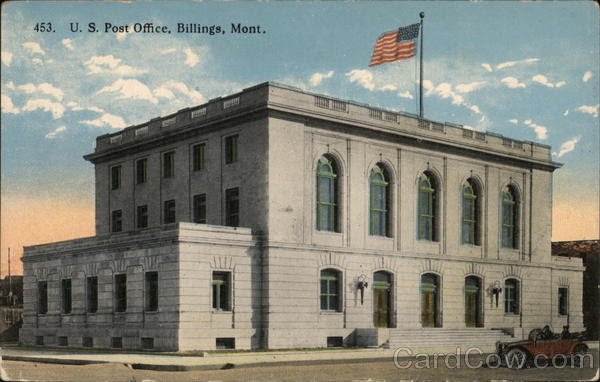 This image, which can be found at the National Archives, as taken post-first extension ca. 1932: 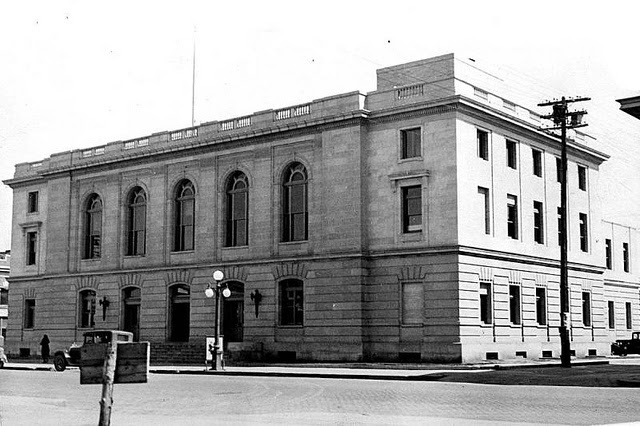 NRHP documentation featured three photos taken in 1984. I like the era-specific USPS logo/sign affixed to the building, though I'm definitely glad it's gone now: 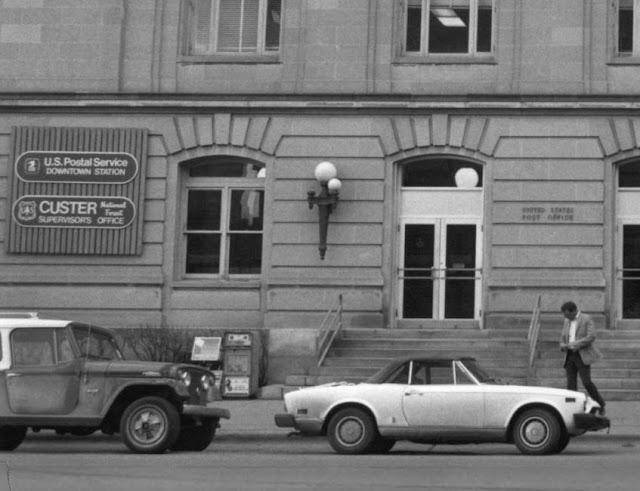 Finally, here's a view with updated signage from 2012: 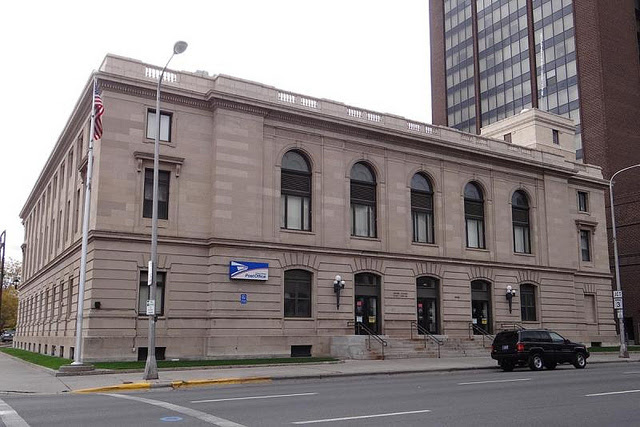 This is one of the few post offices in Montana to have received F.D.R.-era New Deal artwork. This would have been completed in conjunction with the building's 1940 extension. NRHP:

"The post office also contains a mural at the east end of the original lobby (presently separated from lobby by glass partition). The mural, entitled "Trailing Cattle", was completed in 1942 by Leo Beaulaurier for a sum of $800. As suggested by the title, the mural depicts a drover and cattle herd stretching across the Montana landscape.

Leo Beaulaurier was in Great Falls, Montana in 1911 and studied at the Los Angeles Art Center. Beaulaurier also completed a mural in the Langdon, N.D. Post Office in 1939. He is listed in the Illustrated Biographical Encyclopedia of Artists of the American West (Samuels, 1976) and is deceased (February 11, 1983 in Great Falls.)"

The work is tricky to photograph. It is found in the left end of the lobby, behind a rather reflective glass enclosure, which bars the layperson from accessing the rest of the facility. Here's my attempt at a clean photo from 2012: 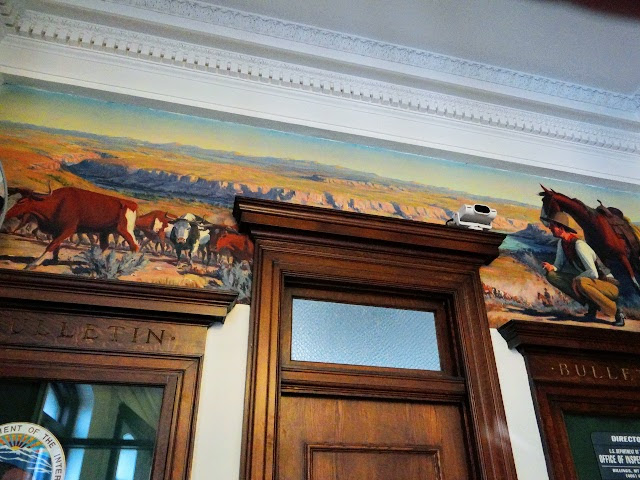 As in countless other cities, mail processing operations have since relocated to a newer facility away from downtown.

I enjoyed this passage, again, from the NRHP:

The new post office was dedicated on Flag Day, June 14, 1914, and was reported in the Gazette on June 16th. A parade including Billings police, the Billings band, Boy Scouts, and many others preceded the dedication ceremony. Postmaster T.C. Armitage presided and was accompanied by Mayor Leavens, the county commissioners, and various other local dignitaries. An address by Reverend Walter H. North expressed the symbolic importance of the new building and the following excerpts were reported:

It is a substantial monument of the government's faith in us. This is no boom town building. The government is a business institution which is represented in our life. It is a beautiful building. The city shall never have occasion to apologize for it. It stands as a monument of beauty and character as well as a building of strength.

In the days to come when the taller temples, which shall be erected upon these adjacent corners and opposite lots, dedicated to trade and society and religion, shall overtower it, this building will continue to be the pride and satisfaction of the people because it is our federal building, as good as the best and as beautiful as the most attractive.

It is our building. Ours to use. It is designed for the service and the convenience of the people. Here are to be housed those who life of the country. Here are to be the officers of the nation whose presence is the pledge of the interest of the nation in our territory which lies all about us. It is ours because we are part of the government.

When we return to Montana: Missoula and Great Falls.
Posted by Evan K. at 12:35 PM