A couple of weeks back we looked at the history through the expansion of the downtown post office in Billings, Montana. Two of Montana's other largest cities (and locations that continue to process outgoing mail) are Missoula and Great Falls. Each of them has a grand downtown federal facility as well. Let's take a look.

Originally built prior to World War I (1911-1913), this federal building has undergone sizable expansions over the years, enabling it to serve as the Missoula's main post office, a federal courthouse, and house other federal functions.

Here's a 3-D Google Maps overview of the building, from roughly the same angle as our first image below, that might enable you to envision this complex more clearly. Te original structure is at the bottom-left; it was expanded rearward toward Pine Street:

You're about to see photos from several different angles: from the National Archives you have the front-right, along Broadway facing NW (ca. 1913); the rear-left, along Pattee Street facing SE (1928); and an image from roughly the same location facing NE, toward Pine Street, of a massive new extension (1938). Rounding out the tour my 2012 photo was taken from the Broadway, also facing NE. 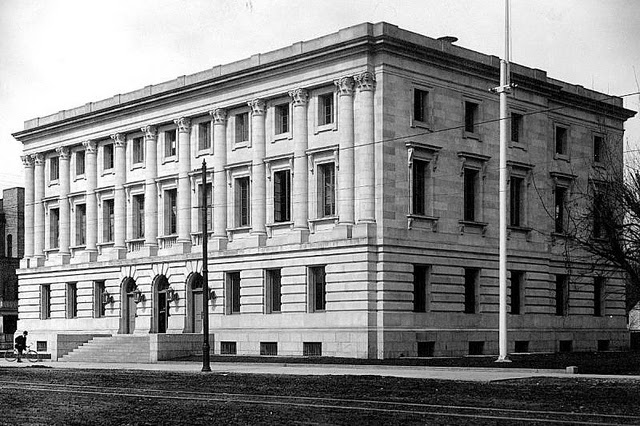 1928 (first annex; note the extension of this face of the original building by three window bays—look closely at the color of the stonework): 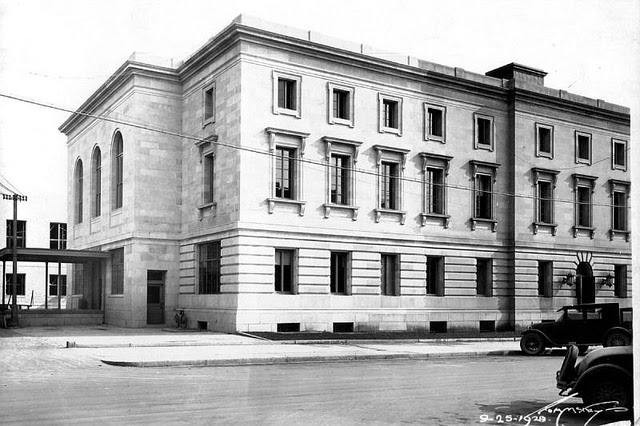 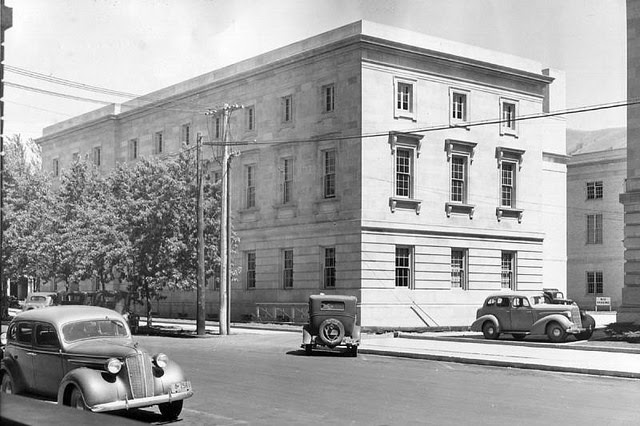 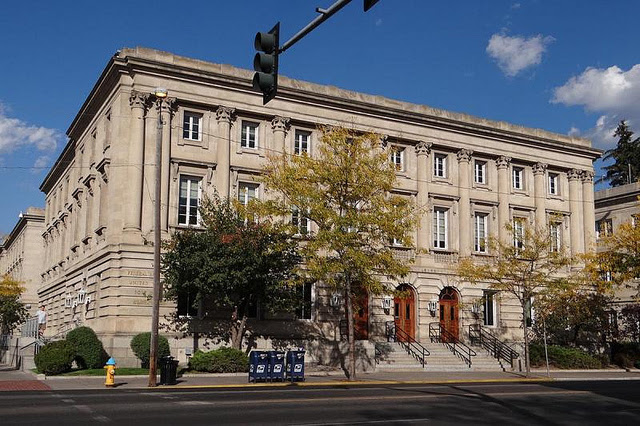 The building has been listed on the National Register of Historic Places since 1979, five years after most postal operations relocated from the building. The postal retail operation that remains is known as the Hellgate Station post office.

Unlike in Billings and Missoula, primary postal operations in Great Falls never relocated away from downtown. Here too we've compiled multiple images of the building over time. The original grand three-story structure was built in 1912. In 1937 a large new wing was built to its left (the difference being rather apparent in the 1938 image shown below); and during the '60s the rear was expanded as well.

Our first image, from the 1910s, once again comes courtesy a postcard being sold on Card Cow: 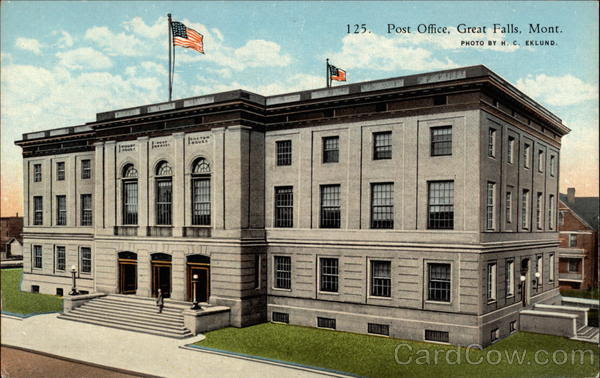 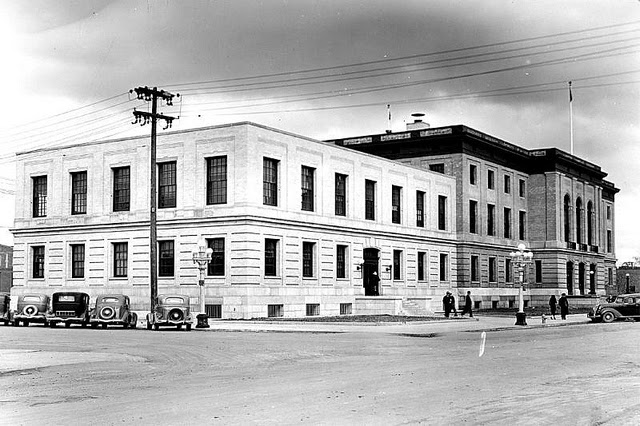 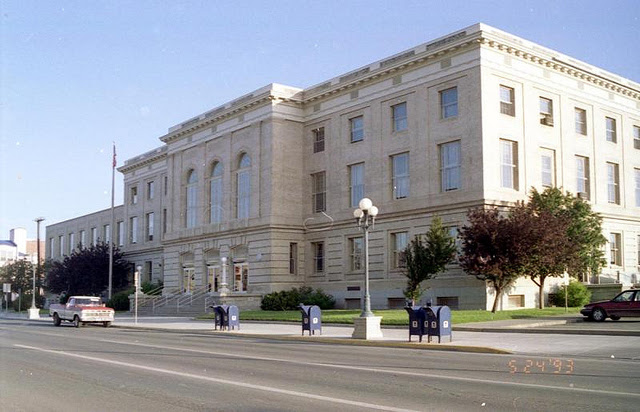 This building, too, has been placed on the National Register of Historic Places, if you'd like to read more about it.

Neither the Missoula nor Great Falls federal facilities received New Deal artwork. However, several post office buildings in Montana built during the F.D.R. era did, and you can read about several of these buildings on this National Register nomination form. Best of all, I've scanned and uploaded National Archives photos from the completion of these buildings to the Post Mark Collectors Club (PMCC) online photo collection for Montana!

BONUS:
Compare our early-'30s image of the former Havre post office to a photo of what the building looks like now, courtesy a 2015 photo in a story by the Billings Gazette. New residents Marc Whitacre and Erica Farmer purchased and have been renovating the building for their own home. "The family's efforts earned them the 2015 Preservation Award for Outstanding Preservation Rehabilitation Project, an honor distributed every other year by the Montana State Historic Preservation Office." The details of the story are pretty fascinating.

BEST OF ALL:
The PMCC's online photo collection is virtually complete when it comes to currently operating post offices in the state, largely thanks to the work of Postlandia friend Gary Splittberger. More in our next Montana post.
Posted by Evan K. at 12:13 PM