I had difficulty finding the Topaz, California post office last month despite knowing its address. As it turns out the facility for this population-50 community has been suspended. Initiated about a year ago, the "temporarily" suspension (as per USPS News Release) appears permanent as the building has been formally vacated. Postal operations have been relocated to Coleville, three miles south on U.S. 395.

Both communities are located just inside the California border from Nevada, one hour south of Nevada capital Carson City. I enjoyed exploring the entire area a few weeks back while in Reno for the Post Mark Collectors Club (PMCC) Convention.

Topaz provides yet another illustration of the richness of the PMCC's Post Office Photo collection. You can see the facility in 1988 and 2014, with the roof in the latter suggesting structural decay. USPS cited structural issues as the reason for closure. You can also see that an antique wall-mounted collection box was replaced during those years, and the sign was moved (and, if you look closely, repainted). Both images were taken by Postlandia friend John Gallagher. Finally, we show here the building as appears today. 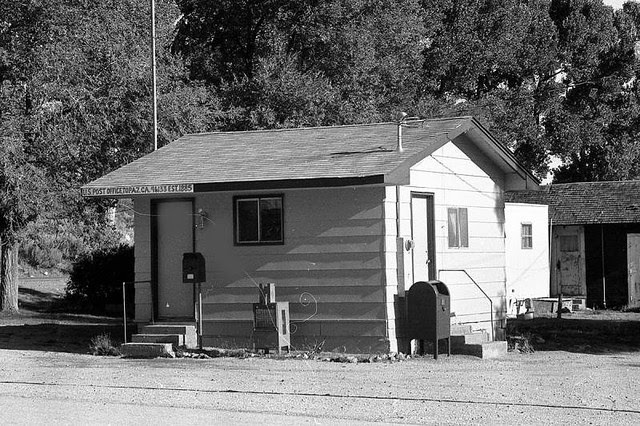 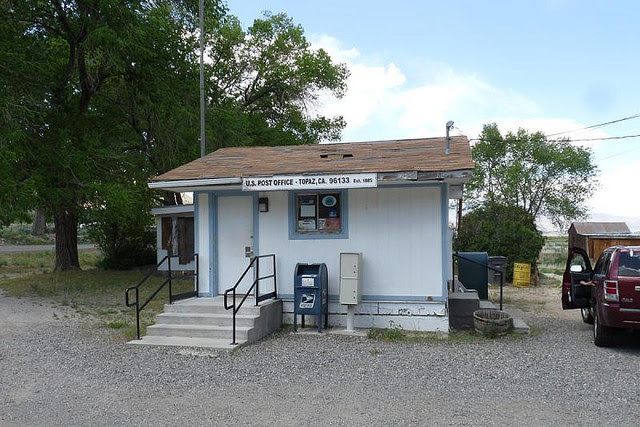 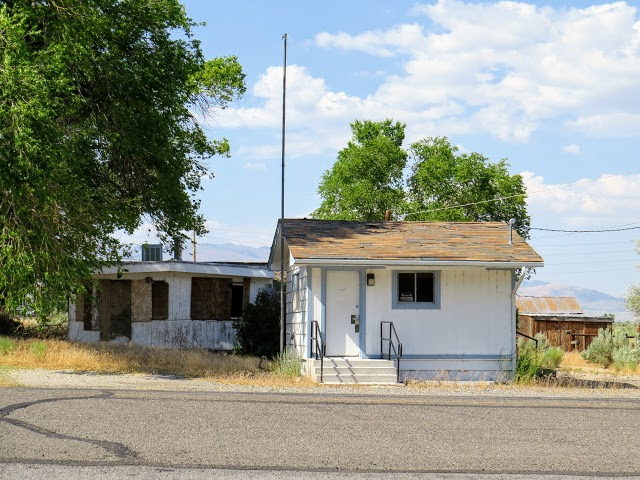 The saddest part about this effective closure is the pride the community seemingly took in its post office. The sign, repainted multiple times, proudly declared "Est. 1885". Unless the post office reopens, it will have lived to the ripe old age of 131.
Posted by Evan K. at 8:20 PM