There's a lovely residence in the old seaside town of Waldoboro, Maine with a long back-story. And a slick Sotheby's real estate promo video for when it was recently sold. Ladies and gentlemen, presenting 908 Main Street:

The building was constructed pre-Civil War as a federal building: Custom House and Post Office. Wiki: "This building was erected in 1855 by the U.S. government on the site of Hon. Isaac Reed’s apple orchard. The Post Office occupied the first floor and the Custom House the second. From 1855 to 1904 it existed as a customs house, handling all shipping business in the Waldoboro Customs District, an area [extending] from Bristol to Northport. By 1853, this district took care of more shipping business than any district in New England, save Bath and Boston. By 1900, however, shipping had declined precipitously. In 1909 the building was renovated to install a new plumbing and heating system and to add a twelve-foot addition at the rear of the building. Soon after, The Customs District of Waldoboro was abolished and the Custom House closed."

Anyway, about here (1909) is where we come in. At the National Archives there are photos of hundreds of federal buildings at the time of their completion; in fact, contractors offered such photos as proof that their work was completed (and thus, get paid in full). You'll most often find pairs of such photos, taken from opposite corners to show all faces of the building. I've scanned and posted many of these, of course, at the PMCC Online Post Office Photo Collection. You may have seen a couple of these in my Big Sky, Big Post Offices entries (to wit: Missoula). Photos were taken upon completion of an all-new post office / federal building, or upon completion of a major renovation / building extension. Such would include that "twelve-foot addition" mentioned above.

There are three photos—undated—in the Waldoboro file, which effectively show us a 360° view of the post office: 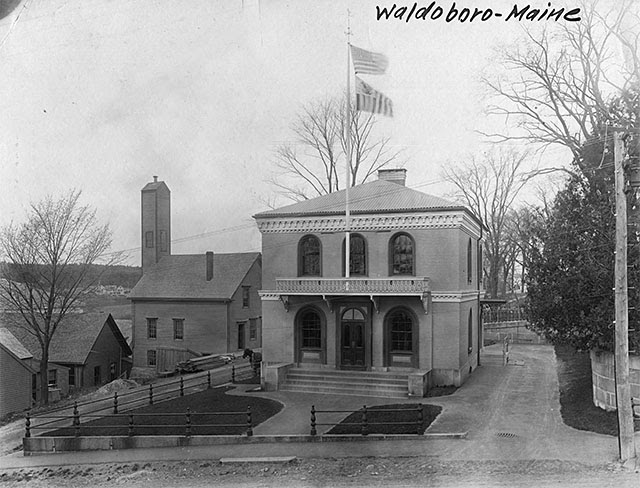 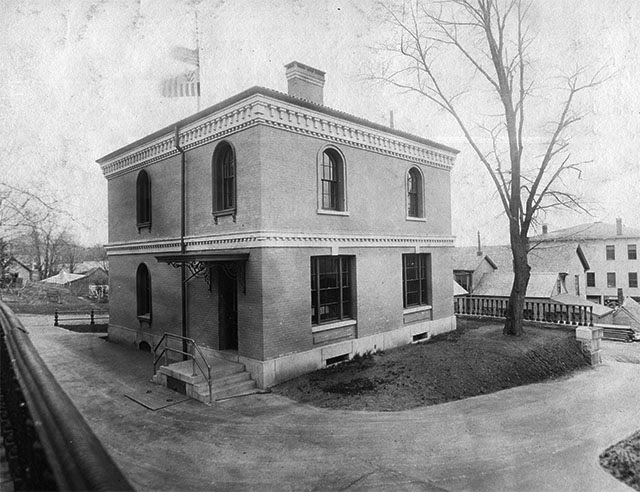 The "twelve-foot addition" would be an enlargement to the rear and correspond roughly thusly: 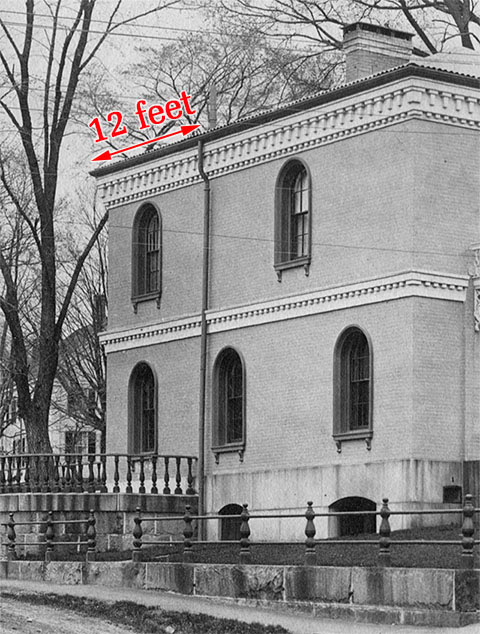 So can we date this image to the time of the addition? Fortunately, the generally high quality of these images and the American flag help us out. Because at this time we did not have 50 states, and if these were taken in 1909 we wouldn't expect to see even 48 stars on the flag. Rather, we'd expect to see only 46. The 46-star flag would have been in use between 1907/8 with the statehood of Oklahoma, and 1912 for the statehoods of Arizona and New Mexico. 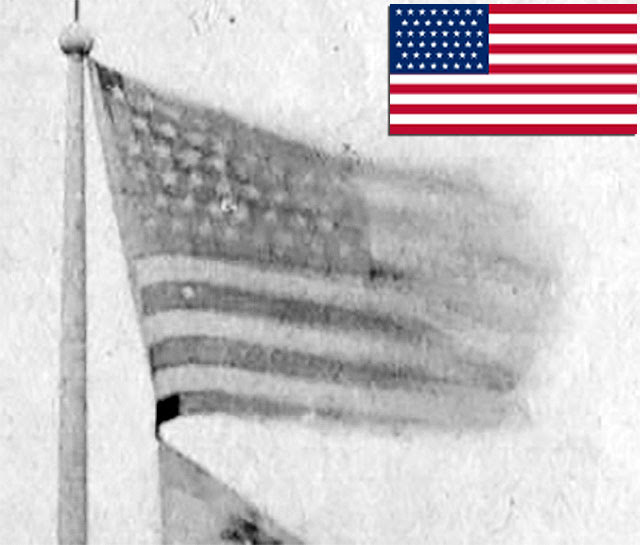 So is that what we see? Zooming in on the second of three images of the post office above, we can see that the answer is a definitive yes; we see six rows of stars: 8-7-8-8-7-8. In this case it's best to compare the alignment of the first star in each row to see that this is how they pan out. This places it firmly between 1908 and 1912, so these were most likely taken at the end of construction work on that 12-foot addition. (See ushistory.org for more about U.S. flag designs and the dates they were used.)

Hope you enjoyed some photos of a stunning old P.O., and a little explanation of one way to date historic images.
Posted by Evan K. at 5:05 PM