The inevitable has finally happened: the two 'Hit List' post offices in Newark were discontinued July 1, as per yesterday's Postal Bulletin. One was the Washington Park Station, which I documented in this Going Postal entry back in May. It's a shame, but honestly not surprising; that post office was open just four hours a day [11-3], and didn't serve any immediate residential or commercial community.

The other discontinued station was Riverfront Plaza, which was housed on the first floor of a large office tower. I walked to Riverfront and the Midtown Station post offices once I discovered that my car had been towed in downtown Newark. That's a story I can explain later.

Here's the office tower from afar. 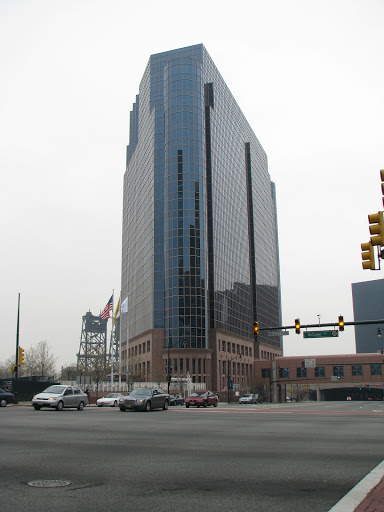 Below is the Riverfront Plaza post office. I was cautious due to a security station and cameras around, but no one saw me take the photo. I'm glad I got it as no one else will be able to henceforth! 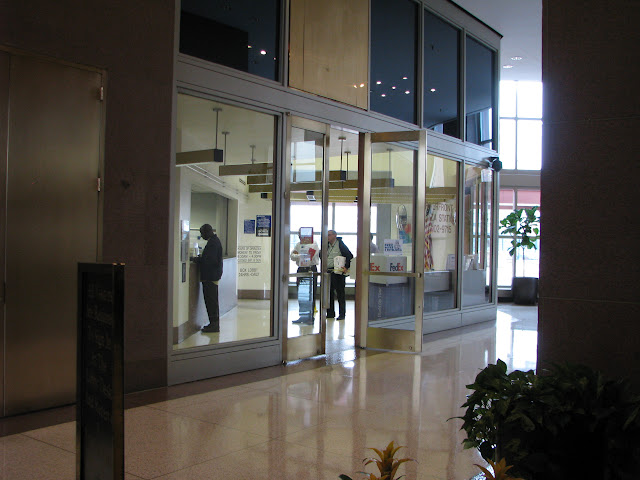 There was suitable traffic at this location, which will now be squeezed and distributed amongst the Midtown Station and the Newark Main Post Office.

Speaking of the Newark Main Post Office, my car was towed as I debated for 40 minutes with the Newark Postal Police Division whether or not they could confiscate my camera / memory card for taking photos of the exterior of the building, from public property. 30-year Postal Police veterans, they were rather adamant about their position but the answer came back that no, you CANNOT confiscate someone's film without cause. They told me that I might be confronted by U.S. Marshals (the building does double as a courthouse, after all), but while I was actively sighted from one angle I was not further hassled.

In any case, if you Google hard enough you'll find some views of the place. Actually, you don't even have to look very hard: Street View has a really nice up-close look at it! And if it's legal for Google to publish then it's legal for me. So now, you can look HERE and find two photos as well! What a grand building, isn't it? 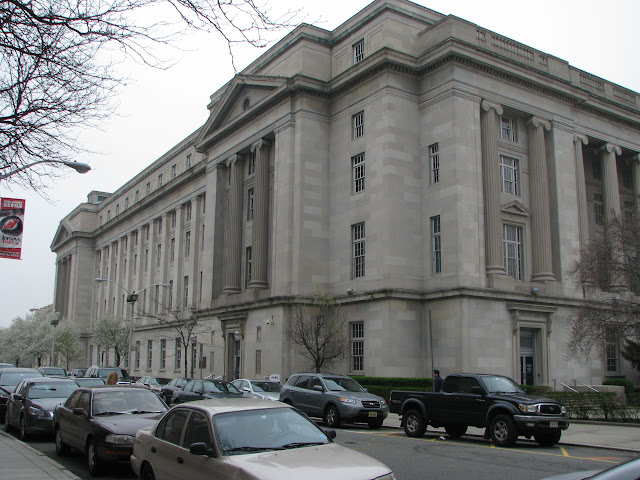 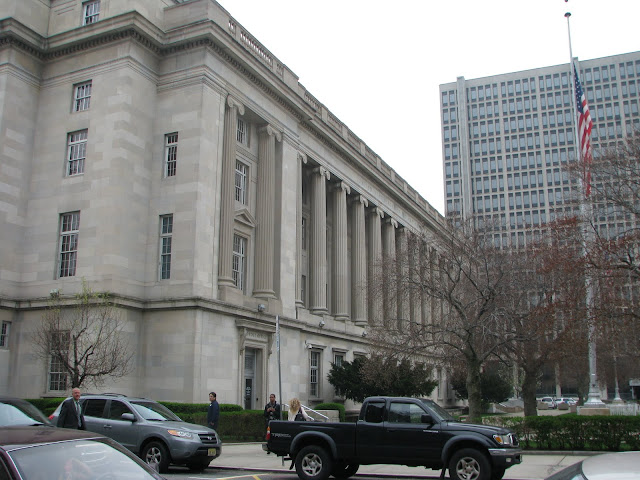