Not that there's anything wrong with that...

Sometimes, it's unfortunate what the weather conditions are when you're on the road hunting down a nice four-bar cancellation in some obscure part of the country. So, here are some of my post office photos that have never seen the light of day, partly because the light of day was obscured under torrential downpours of rain at the time.

1. Counce and Pickwick Dam, TN:
I stayed the night at the Pickwick Dam State Park. I also remember leaving that hotel just after 09/09/09 09:09:09! The Pickwick Dam post office has tons of P.O. boxes and a new PMR who was wary of postmark collecting. Of course, it was his first week and he'll probably not see another collector for another 20 years. Fortunately, the Postmaster at Counce (just a mile away) helped out, and I got both postmarks. Let's have a look at those victorious photos. 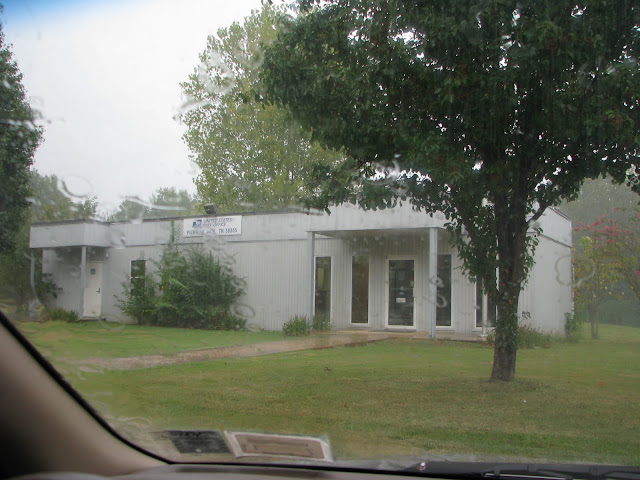 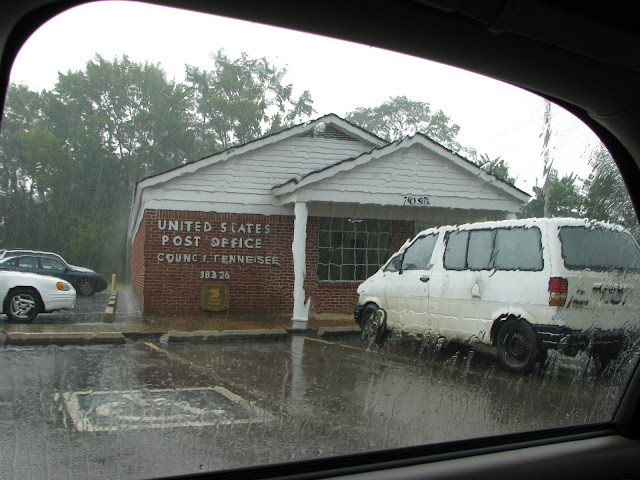 It was really not possible to open that back window without enabling the backseat of my car to subsequently become a breeding ground for mosquitoes. Later that day I visited plenty of nice Tennessee post offices, including Shiloh -- of the Shiloh Civil War battlefield.

2. Kissimmee, FL: Oak Street Station:
I spent the 15 minutes I spent in line at this office regretting walking outside in this mess. Among the worst rain I've seen. Which means I really had to protect my cancellation collection under my jacket. That's Florida for ya! 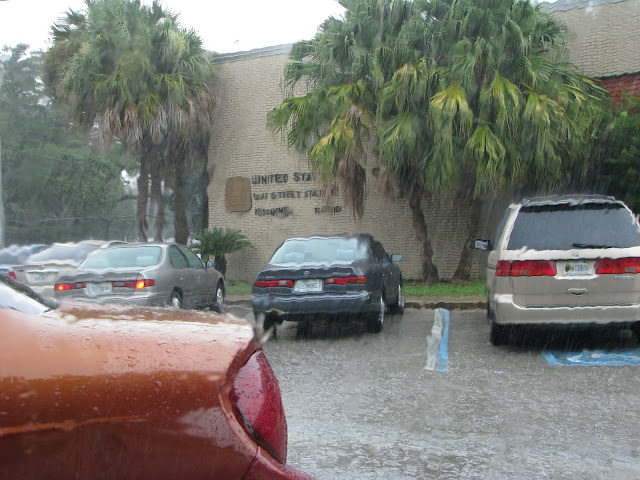 3. La Push, Washington:
Ah, this was a fun one. As with Neah Bay, Washington, the trek to this post office was 16 miles one way to the shoreline and post office, and 16 miles along the same route back to Forks. (If these names sound remotely familiar, think the popular tween Twilight series.) Only 16 miles? Sounds good to me!

When driving cross-country I had wanted to either set foot in the Pacific Ocean at Neah Bay (too dark) or here in La Push. Unfortunately the rain was completely horizontal and I couldn't open the car window a mere crack without getting drenched. Eventually, I found the post office (and lovely Postmaster) and snagged this photo. 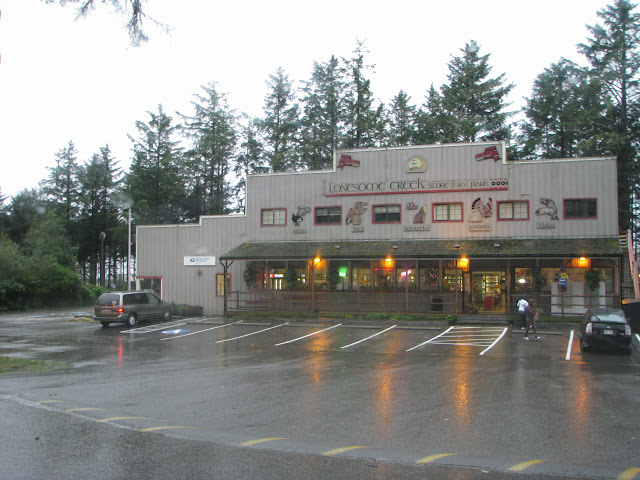