It's a shame that it's the quaintest post offices -- you know, the ones with the most local character -- are the ones that seem to be slated for closure. I visited a few of said in Vermont this past week, and wanted to present one to you this evening!

(I must apologize for the lack of recent updates here. Let's just say that real-life has taught me that vacations can be busier than work seasons. I'm disappointed that I haven't yet been able to tackle some of my bigger write-up projects yet. I post bite-sized updates on the Going Postal Facebook page on a more frequent basis, for the record!)

West Newbury lies within a couple of miles of I-91 (though not in close proximity to an exit) about halfway along Vermont's border with New Hampshire. This is country wherein the large towns are actually rather small towns. West Newbury is not a large town by anyone's standard.

I made the mistake had the adventure of approaching the town from the east -- that is, from Newbury -- along the winding Moore Hill Road, a dirt lane, though other avenues to and in town were paved. The community of West Newbury is more of a crossroads lined with houses than a town. But that's what makes this post office charming. I didn't come across any commercial establishments in the community besides the PO, and if there was any doubt that the post office serves as the town center... well, let's have a look! 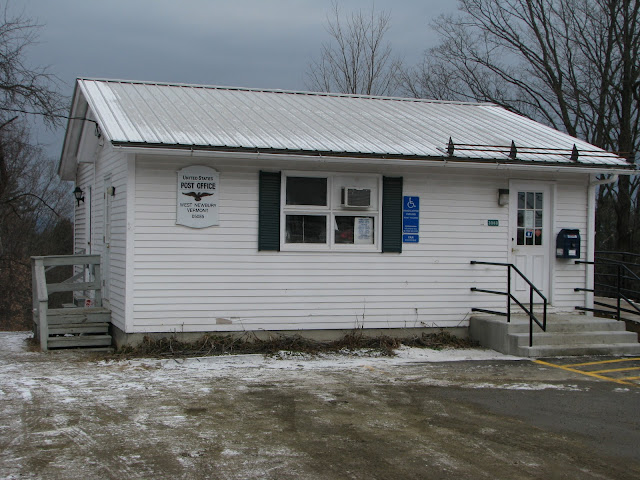 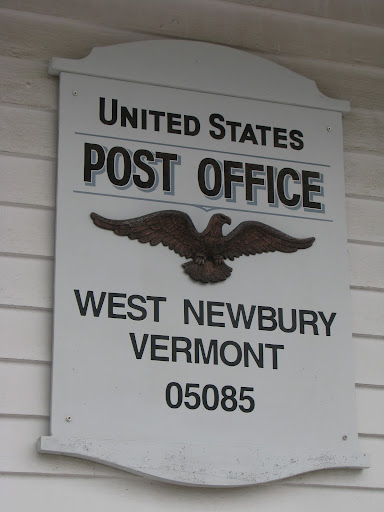 A quaint office with a locally made sign. If you look closely, you'll see that the eagle is not painted on -- it's a sculpture that emerges from the rest of the sign. Class act! Furthermore, we've got one of those old mailboxes you rarely see anymore. This one was made in the '40s. (You can tell by looking under the bottom.) 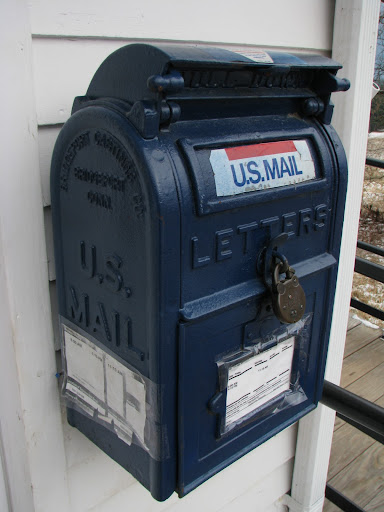 Of course, USPS puts the 13-ounce rule sticker on the box, despite the fact that it's physically impossible to place / shove / maim anything larger than a letter in there!

But the nicest thing about West Newbury is The Backroom. It's to the right in the photo below. 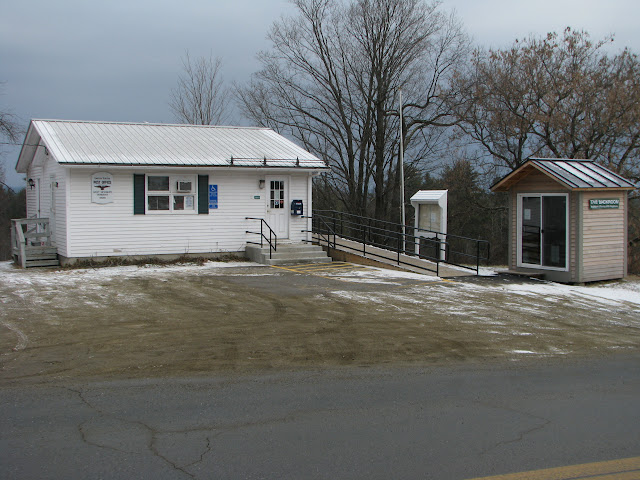 The subtitle for The Backroom -- a little shack with a sliding glass door -- is Neighbors Sharing With Neighbors. It's the coolest thing: a weather-protected cubby for community information, with all material contributed by members of the town. It's got a mat on which you can wipe your feet, and spots on the wall for Events, Public Notices, and even a Lost and Found. There was also a shelf with magazines and some local newspapers. And again, it's right by the post office, where the townsfolk go every day. It's not locked (unlike all the post offices in northern New England during the weekends)... because there's no reason for it to be. What a cool idea! This was a joy to find. 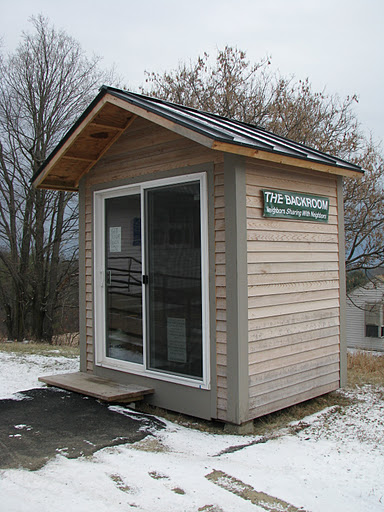 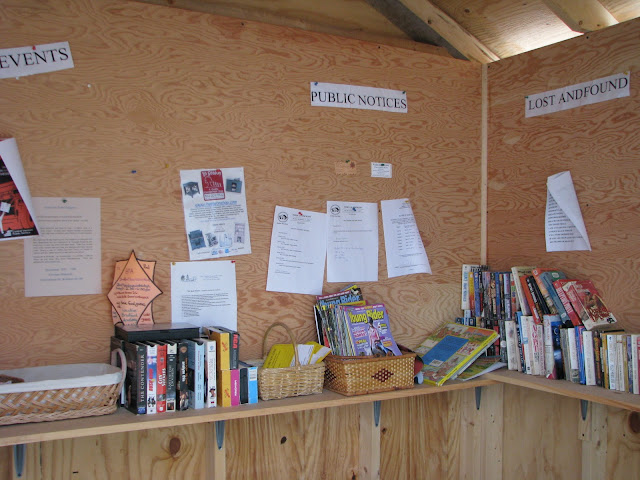