Atlanta on My Mind

Back during the summer of '09 I enjoyed a couple of days in Atlanta: sampling 40 different flavors of soda at the World of Coca-Cola (at which I never realized just how much fun paying $15 to have advertising shoved in your face can be); watching Bobby Cox getting ejected at a Braves game at Turner Field; visiting the sublime Martin Luther King National Historic Site... oh, and visiting a bunch of post offices. I'm guessing you probably already knew that part.

Atlanta Main Post Office
Located near Hartsfield International, this modern building -- which also serves as the Atlanta P&DC -- was fun: 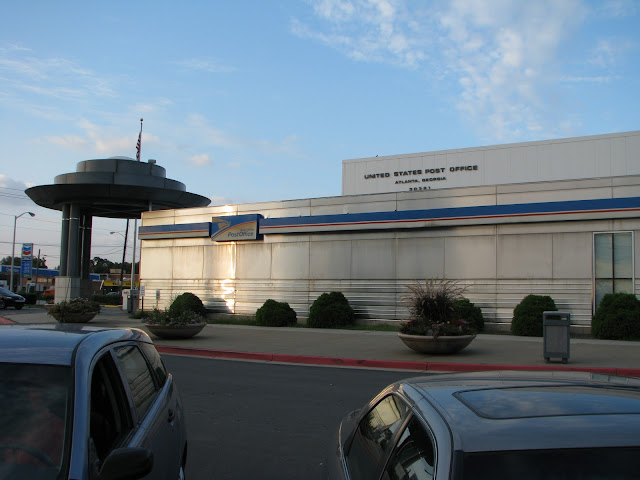 
Two different postmarks, one with the four 'killer bars' on it, nice clerks. USPS's Owned Facilities Report states that the land has been owned since 1980, though I don't know when the building itself was built.

A couple of stations downtown are under RAOI study for closure, including Phoenix Station, which had a warped-from-overuse but perfectly legible ovoid postmark. I love finds like that. 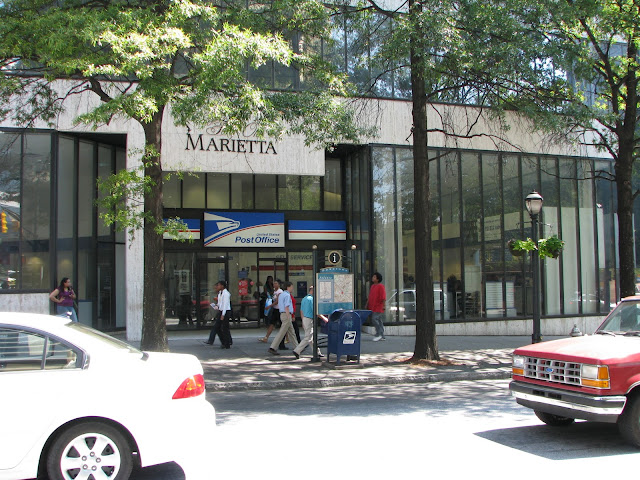 Also on the possible chopping block is this basement office in the Peachtree Center. The supervisor maintained a postmark different from those of his clerks, and it actually resembled a peach! It was totally awesome. 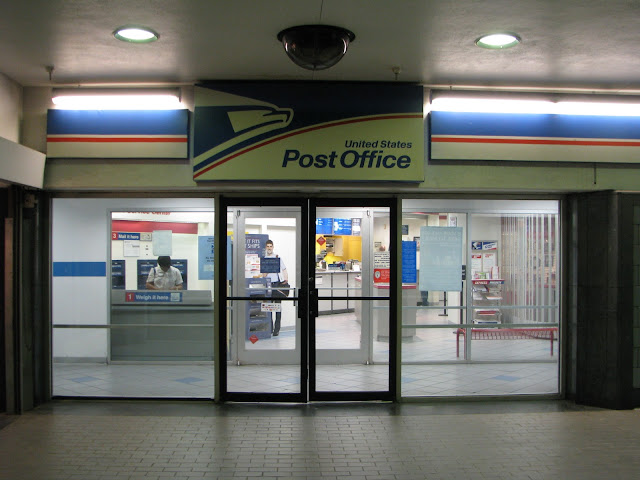 The CNN Center, home to the world's longest "freestanding" escalator, is also home to a post office that could easily become an Apple Store if closed, because two of its sides are all plate glass. This office was on the SBOC closure study back in 2009, but escaped discontinuance. Apparently it makes more than $600,000 a year since it wasn't placed on RAOI. And Sheryl(?), if you're reading this, I still remember you as an incredibly friendly and upbeat clerk. Thank you. 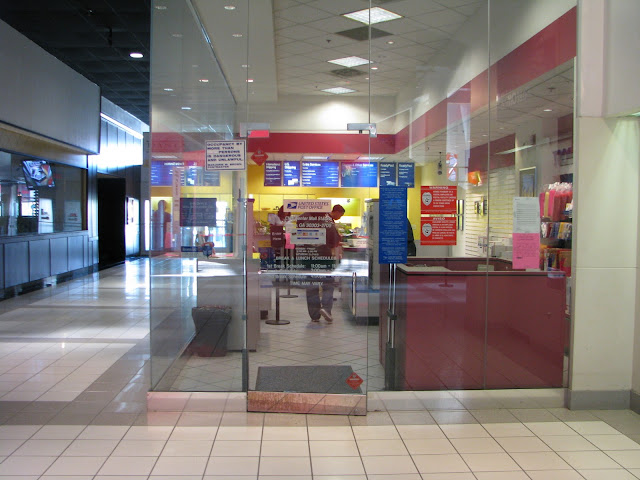 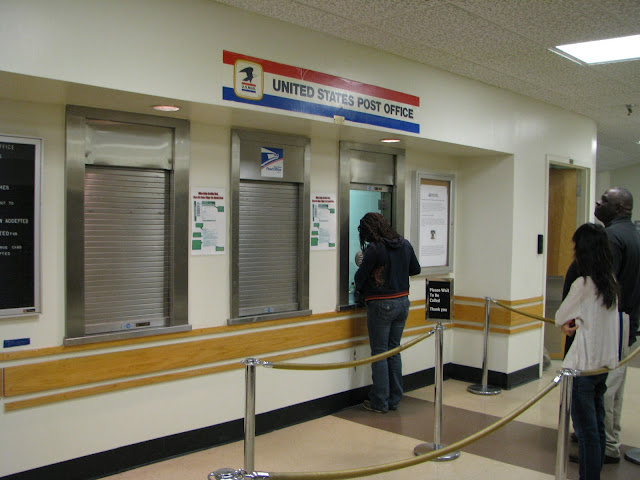 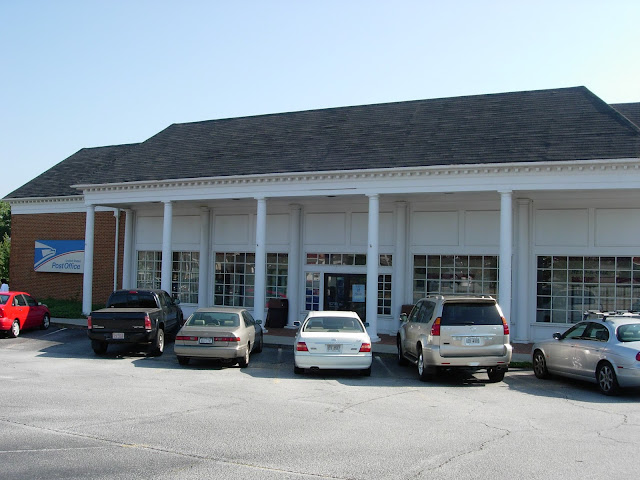 Located in a nice part of town.

This contract unit was short-lived and discontinued soon after I visited it. I believe I'm the only postmark collector ever to have obtained a cancel from it. 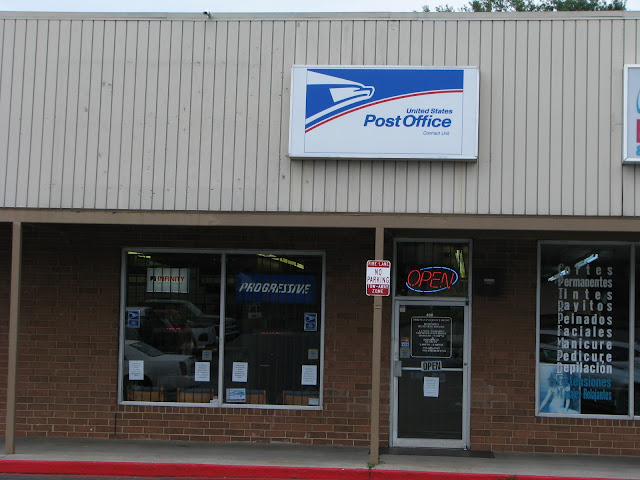