(Edit 3/5/11 5:35 P.M.: As of this time there appear to be at least modest political efforts toward retaining the remainder of these 20 locations, most of which are set to close at the end of this month. Report from Temple, Texas. Why these Congressmen can't step up for the rest of the postal system, who knows?)

A couple of months ago Going Postal brought you the story of the small-town post office [CPO] in Alplaus, NY -- one of 20 contract offices with P.O. Boxes arbitrarily called out to be closed as part of a labor contract between USPS and the APWU that purports to give labor back to union employees but in reality serves no one's interests; particularly not those residents of the communities affected. I am all for giving official union clerks more work, but will shuttering these locations really create positions at neighboring post offices? And is it really worth terminating access to these communities? So: We have 20 low-cost contracted post offices, many of which are profitable, and they have been arbitrarily determined to be closed because they provide too much service -- namely, they supply P.O. Boxes. Let's take a look at some more locations being shuttered as part of this contract resolution. 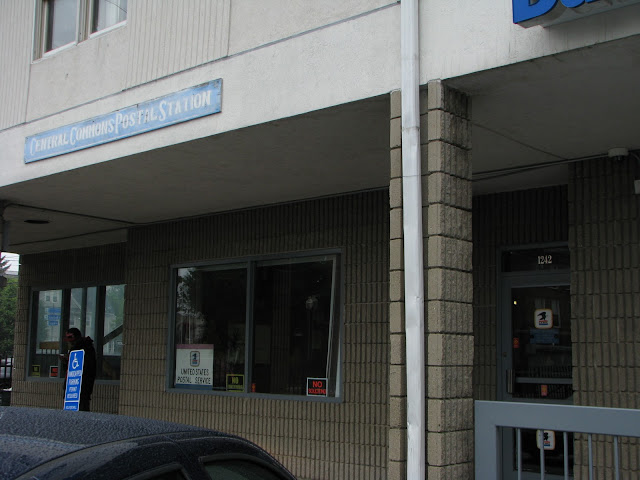 Whom is this closure helping?

20% of Bridgeport residents live below the poverty line, and the Central Commons CPU was a cost-effective way of providing service to a community that was visibly distressed when I visited back in 2009. Now I know I've said places are poor in the past, but let's see if we can back up this assertion with numbers.

A demographic analysis conducted by the author using ESRI's Business Analyst shows that of the 7,900 people living within 0.6 miles of this CPU (all of whom are closer to Central Commons than to any other post office), 20.3% resided in households with annual income of less than $15,000 in 2010. More than a third of households made less than $25,000 a year, and 30% had no vehicles available to them. This means that, while the next post office -- Noble Station -- is 1.2 miles away, that could entail an additional 24-minute walk for residents without cars.

Oh, did I mention that the neighboring Noble Station Post office is presently being studied for closure under RAOI? It's in a pretty handsome building, too. 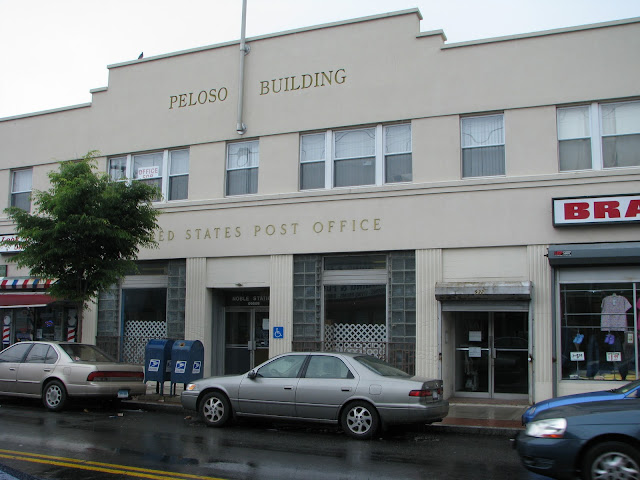 The clerk at Central Commons sat behind a thick pane of bulletproof glass and wasn't sure about giving postmarks to a collector, but he came around when I showed him the POM regulations. 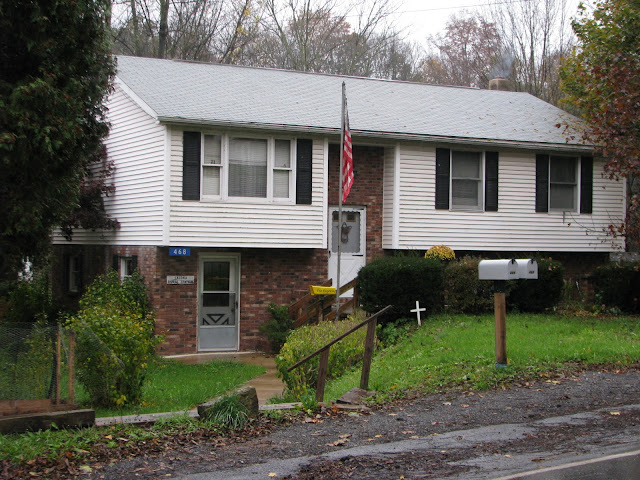 Despite the fact that this location had been closed since last April -- before that contract even took effect -- this was a pleasant find. Not only do I generally love photogenic offices that lie in the side of someone's home, but this office still had its sign up, and it stated Salona Rural Station. CPOs were known as Rural Stations / Branches until the early 1970s. Obviously that location had been around for ages!

Let's have a closer look: 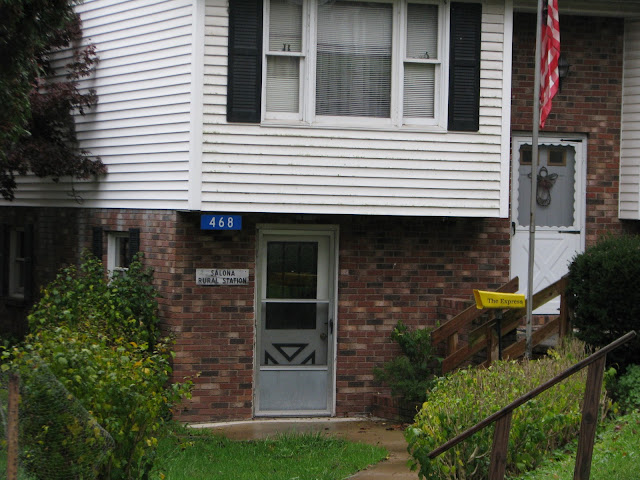 Residents of the small community now head up the road a couple of miles into larger Mill Hall. 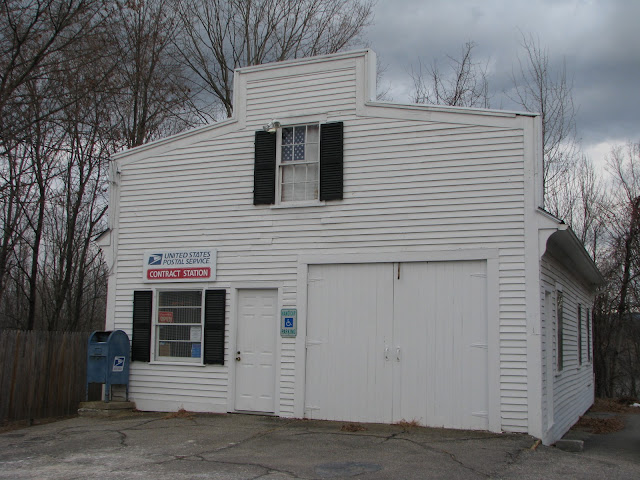 A town of 4,000 is served by a long-time contractor who knows her community like the back of her brass-plated P.O. Boxes. Now, everyone has to drive four miles down to Concord's Penacook Station to conduct their postal business. (And speed limits in New Hampshire tend to be a bit low!)

I visited Boscawen at the beginning of 2010 and re-visited it during its last week this year. Contractor Laura Lane had a fantastic assortment of stamps and I purchased $150 worth from her over my two visits. She's one of the nicest women you would ever care to meet. The office made some money, too. In terms of costs, "Boscawen's contract station costs the Postal Service less than $8,500 annually because the town provides and maintains the building free of charge" (Concord Monitor). 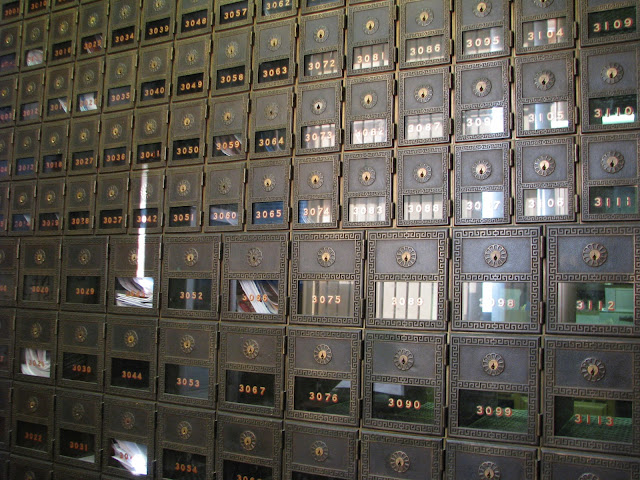 Again, it appears that many of the locals affected are those who can least afford the change: "Our recent census data indicates that about 48 percent of the town's population of just under 4,000 live at or below the poverty level," she wrote. "We have 12 mobile home parks, most of them consisting of outdated trailers from the 1950s, '60s, and '70s."


The Better Letter CPU in Brooklyn, NY -- which is used to divert traffic from the highly trafficked Williamsburg Station post office -- was written about here. Ironically, when I visited that station back in 2010, there were flyers directing people to visit the CPU fr quicker service!

A website called the Confederation of Postal Contractors -- an informal consortium of the "CPU 20" -- can be found here.
Posted by Evan K. at 2:10 AM