The Gothamist presented its take on the story: According to USPS officials, the addition was made because "the existing ZIP code table could not handle all the new deliveries so we had to add an additional ZIP to accommodate all the new construction, population."

(The document presented in the article above (reproduced below) also exhibits a very embarrassing typo. Please note that stationery, the paper, is not the same as stationary, the adjective describing something that is not moving. Alas, spellcheck doesn't catch all errors.)

The point of all this is that USPS recognizes the need for additional postal services in this neighborhood given the population growth of the neighborhood. In fact, the author's experience suggests that the expanding neighborhood has overwhelmed the retail capabilities of its stately mid-'60s office. Conversations with postal patrons in the neighborhood confirm that this opinion is generally shared. In fact, when I visited two-and-a-half years ago there were signs posted trumpeting the nearby Better Letter CPU as an alternative to the line at the real P.O. I suspect it might involve the inclusion of two or three additional clerks to bring Williamsburg to the five-minute wait-time standard.

(At the end of my wait at the Station, I brought my postal card up for a hand-cancel for my collection, to which my clerk said he couldn't do it. After I showed him my samples and the appropriate POM regulations he said "you shouldn't have those" -- which is funny, because they're available online.) 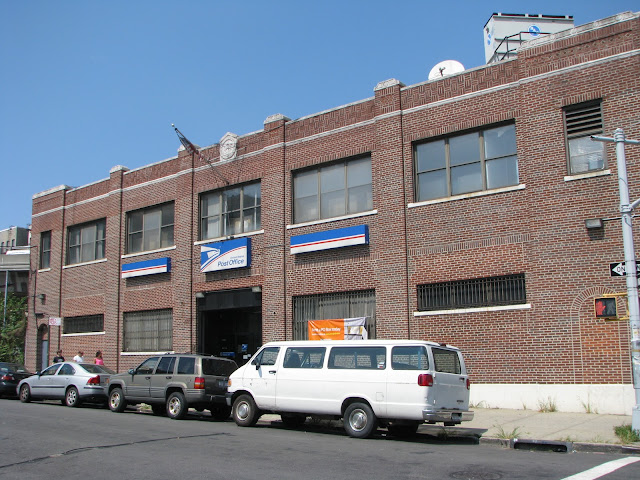 Given as the neighborhood is also effectively bifurcated by the Williamsburg Bridge buildup, adding a CPU on the other side of the overpass seems like a reasonable supplement to the existing postal infrastructure. USPS just doesn't build new classified units anymore. 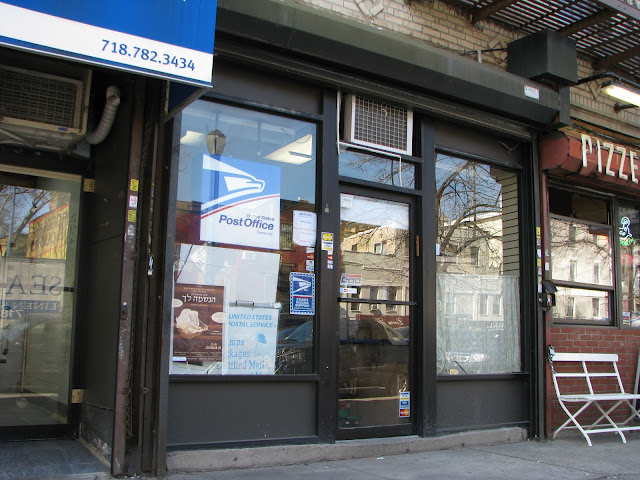 Better Letter has been an operational CPU since 2006, and it is the busiest contract unit I have ever seen. During my 20 minutes there I witnessed at least 15 customers, none of whom had to wait because owners Esther and Israel Wurzberger know their customers like the backs of their hands.

Alas, due to that obnoxious USPS/APWU contract provision that mandates the closure of 20 randomly, explicitly called-out contract units, the Better Letter CPU will be closing at the end of this week: March 30. (Each CPU that has not already closed will be closing at that time. Those in the Northeast outside New York City closed at the beginning of the year.)

The Postal Service won't be pleased with the amount of business that it will likely lose as a result of this CPU's closure. Inspection of questionnaires filled out by Better Letter customers suggested that many local shippers (who had filled up the entire front of the store with packages, for the record) would rather defect to UPS than deal with what one woman called "up to an hour" of waiting in line at Williamsburg Station. Here are a couple of samples: 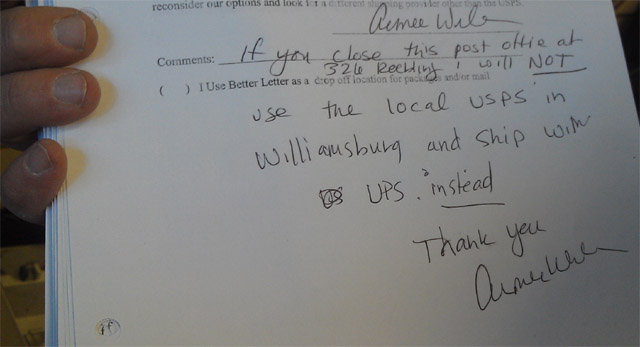 An astounding number of locals had signed petitions and filled out page-long surveys expressing their thoughts. I'd never seen anything like it. 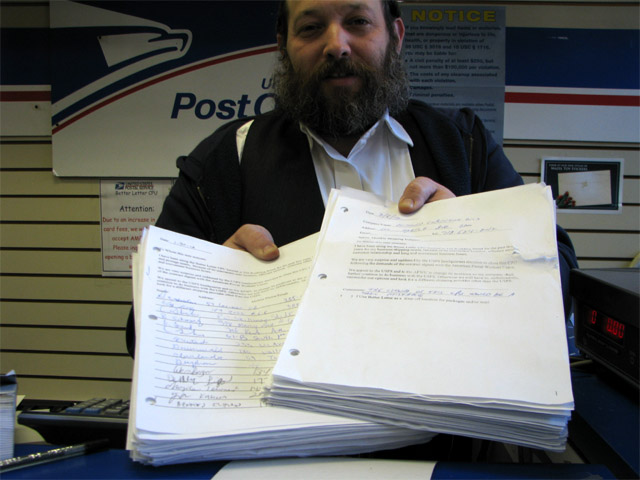 Here's a portion of the daily business conducted at Better Letter, courtesy the Greenpoint Gazette.

Another thing the Wurzbergers offer is trust (which has traditionally been one of USPS's greatest assets) within the large local Orthodox Jewish community. Busy regulars can drop off a set of packages and pay their tab later. How nice is that? Here are a couple of scenes from the local streetscape. 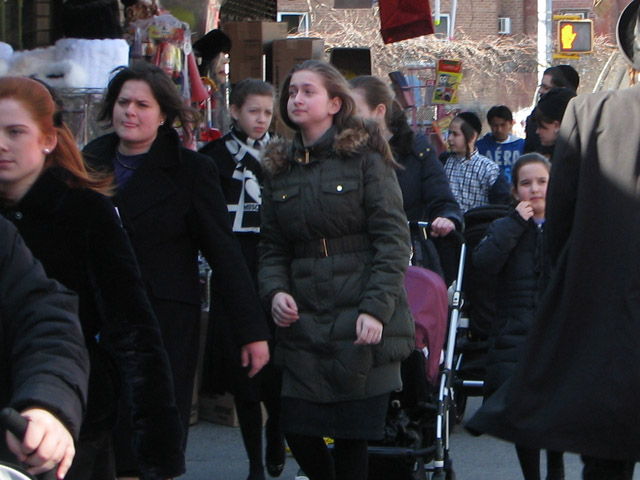 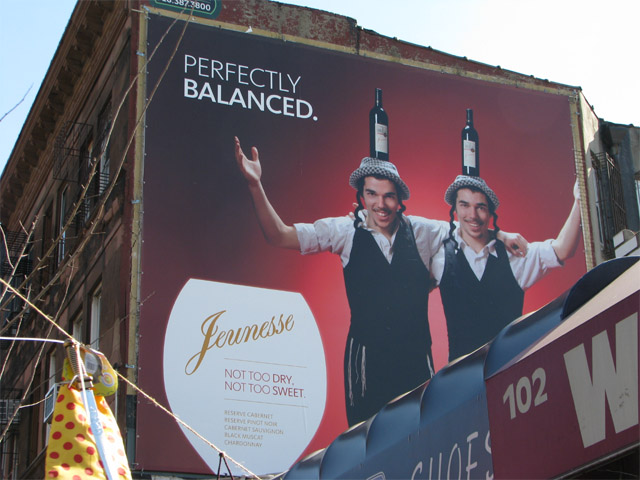 My favorite item was this sign on the back wall:

(Google Translate translates הפקר to "abandoned". Which is how half of Williamsburg probably feels right about now.)

The Wurzbergers maintain a related stationery business aside from the CPU in the back of the store, but this was their primary way of connecting with the community.

Unfortunately, someone at the Postal Service appears to have randomly selected this family-owned operation to be closed, and in all likelihood it will be for positively no redeeming reason. [I somewhat doubt that the Williamsburg Station would add three additional clerks (as that contract provision is in the name of union jobs) to provide as full or efficient service to the community as Better Letter provides them now... and if they did, I don't envision them being as gracious and involved in the community as Israel and Esther are.] For a growing community that clearly is in need of additional and efficient postal services, this closure clearly represents the wrong way to operate either a business or a Service. Does USPS play by Bizarro rules?

There were no P.O. Boxes at Better Letter.

The Greenpoint Gazette article is thorough and well-written, by the way.
Posted by Evan K. at 10:58 PM