Oh, Vermont. The state that's so beautiful that it banned billboards in 1968 to keep its natural scenery "free of visual clutter." Vermont is one of only four states (the others being Alaska, Hawaii, and Maine) to enact such policies. Exploring Vermont by post office is a truly enjoyable experience; historic general stores abound, old-style P.O. Boxes lurk in dozens of small towns, and the postal signage is much less homogenized than in other parts of the country. Many Vermont post offices bear wonderfully unique hand-painted signs; meaning few "Retail Standardization" blue-and-white Sonic Eagle signs, thank you very much. 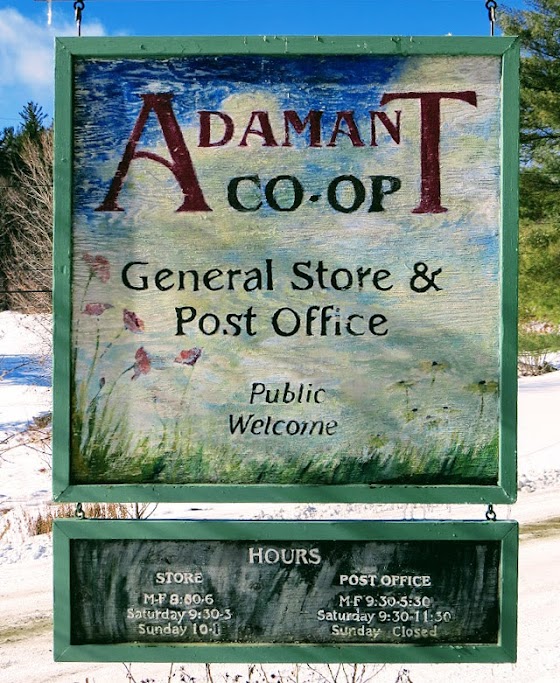 One great post office—a contracted Community Post Office (CPO), to be precise—a village so small it barely registers on Google Maps. Located amid two lakes (Sodom Lake and Adamant Lake) and a State Forest, Adamant's population is perhaps a couple hundred people. The town centers around a crossroads: the four-way intersection of Center Rd., Adamant Rd., Quarry Rd., and Haggett Rd. The roads are so minor that the otherwise pervasive Google Street View has never gotten within two miles of the village (and seriously, it's 2017). Martin Road and Sodom Pond Road round out the routes in and out of the villages.

Here's a brief map, with which you can zoom out, to get yourself acquainted with this corner of Vermont. Given how remote the area feels, Adamant is but seven miles northeast of the state capital, Montpelier.

The names Sodom and Quarry pertain to the history of the town, as described on the website of the historic Adamant Co-op (which we'll see more about shortly):


In 1858 a crossroads appeared on an old Washington County map complete with a sawmill and six houses but no name. Granite quarries opened there in 1880, bringing workers from Scotland and Canada. A boarding house built near the quarry along with several other houses warranted a Post Office, which was called Sodom. ...

Albert Bliss, who refused to receive mail with the unsavory postmark of Sodom, petitioned the Post Office to change its name. Permission was given on the condition that the chosen name be unlike any other post office in the state. In 1905 Sodom was renamed Adamant, chosen for the granite quarries and the hardness of their stone, reportedly "A name perhaps as hard but not as wicked." 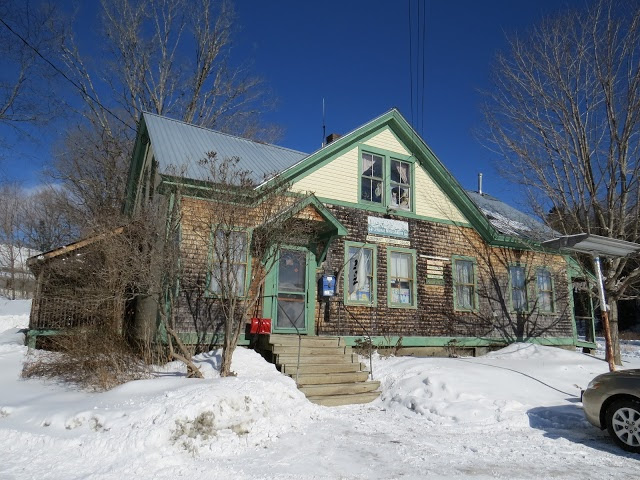 To those hard-headed enough to drive out to Adamant after a snowstorm, the visit is worth it. At the northern corner of the crossroads is the Adamant Co-op, a historic structure featuring wood-shingle siding, sun-worn signage, and an antique wall-mounted mail collection box. All of this is part of the oldest still-active cooperative store in the state. Again, from the co-op's website:


During the winter of 1934-1935, a local pastor gathered a group of neighbors to discuss starting a co-operative to buy groceries and create a market for local produce. In August of 1935, after eleven families each contributed five dollars to provide working capital, the Adamant Cooperative was incorporated. The Co-op rented space from Minnie Horr, who operated both the store and the post office out of her house, and purchased the building in 1940 for $600. 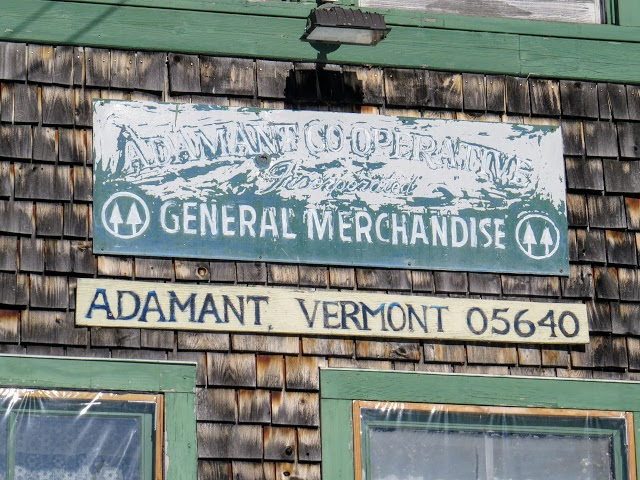 The wall-mounted mail collection box outside dates to 1922. How can you tell? Peek underneath and you'll often find the date of manufacture. This is among the oldest such boxes I've encountered. 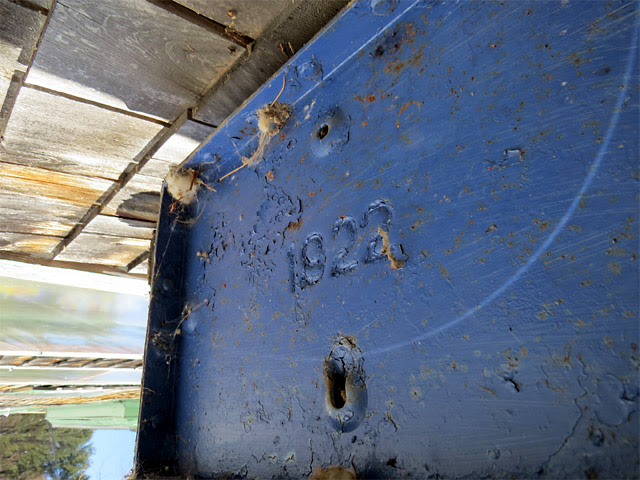 Inside the co-op you'll find an iron heater, some welcoming women, and a warmly painted post office with antique brass P.O. Boxes. Love that cat up there! 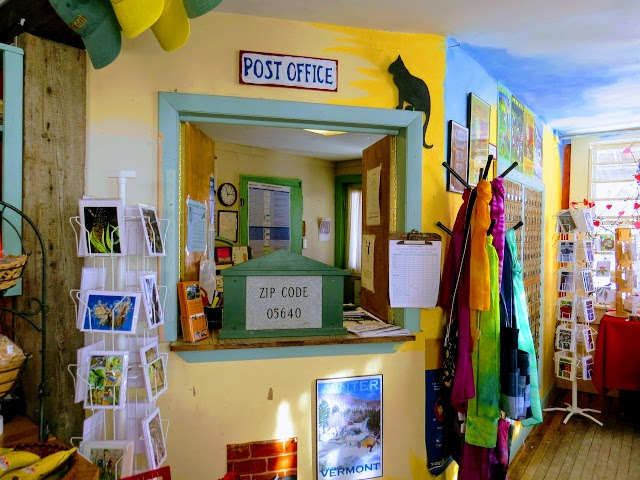 The Adamant post office was formally discontinued October 23, 1993, at which point the operation became a contracted Community Post Office (CPO) under the neighboring East Calais postmaster. The parent post office for Adamant has since changed as a result of POStPlan. Per Postmaster Finder: "On June 1, 2013, [East Calais was] converted to a Level 6 (6-hour) Remotely Managed Post Office under the direction of the Postmaster of the Plainfield Post Office."

There are plenty of fantastic postal operations all across Vermont. Hope to bring you some more stories from the area soon!
Posted by Evan K. at 5:50 PM