Several university campuses in Utah maintain postal operations in the form of Contract Postal Units (CPUs). I was able to visit four such operations last November. These operations, as they are in other parts of the country, tend to reside in campus student centers and campus stores. Here's a quick tour, and a map: 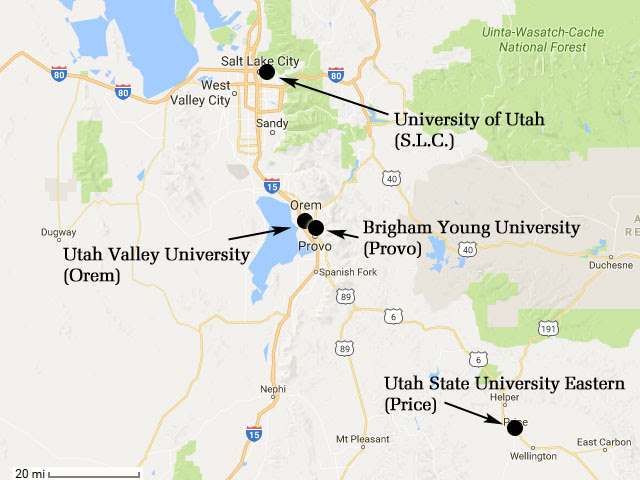 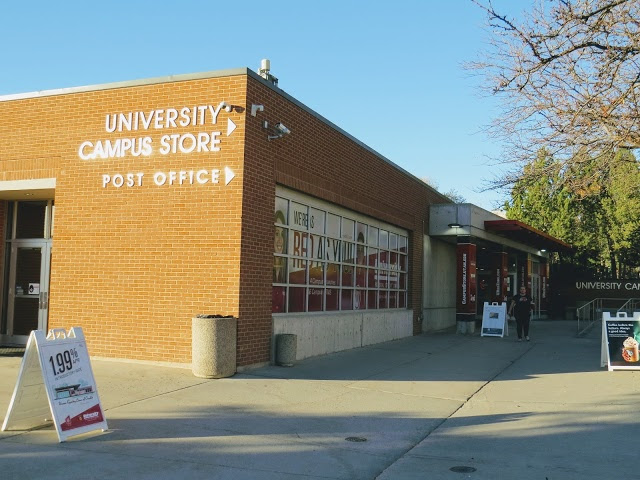 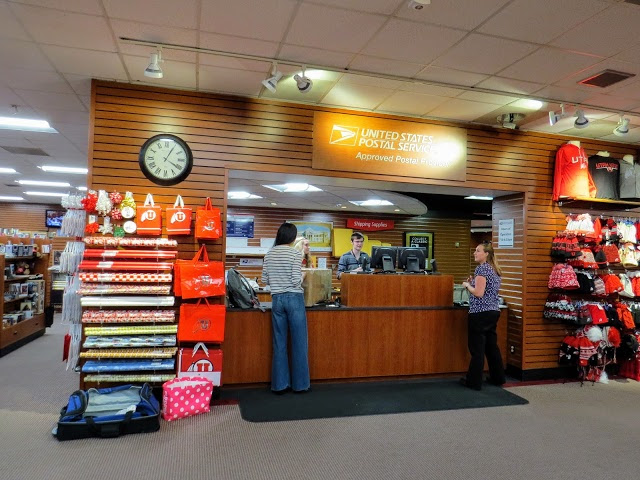 Orem: Utah Valley University CPU
40 minutes south of Salt Lake City is the city of Orem. It and Provo make for a sizable metro area unto themselves, so much so that Provo had (and still has!) a mail processing center. What is now Utah Valley University, in Orem, was founded in 1941 and is now the largest public college in the state. Its enrollment exceeds 33,000! The post office (CPU) for UVU is located in the Sorensen Student Center. There's no exterior signage but the CPU itself is photogenic. I was in and out quickly enough that parking in... let's just say a no-parking zone... at the entrance by the Outdoor Adventure Center wasn't an issue. 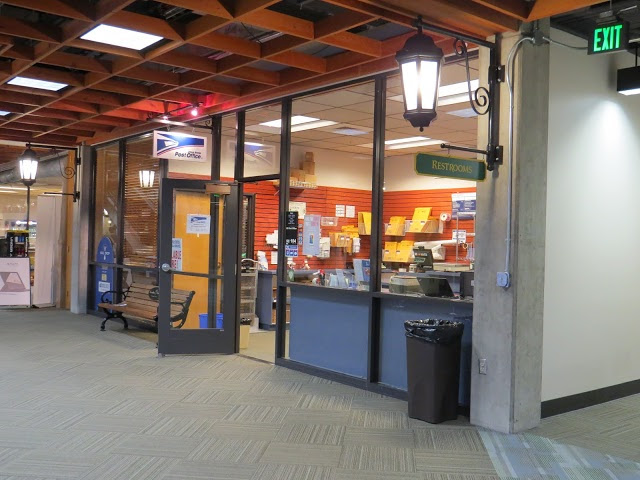 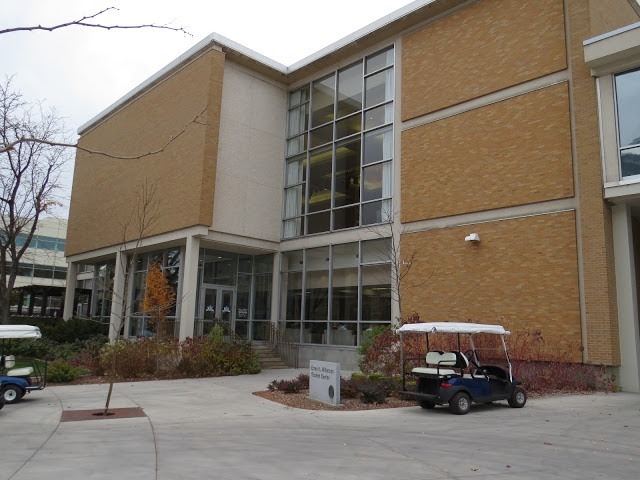 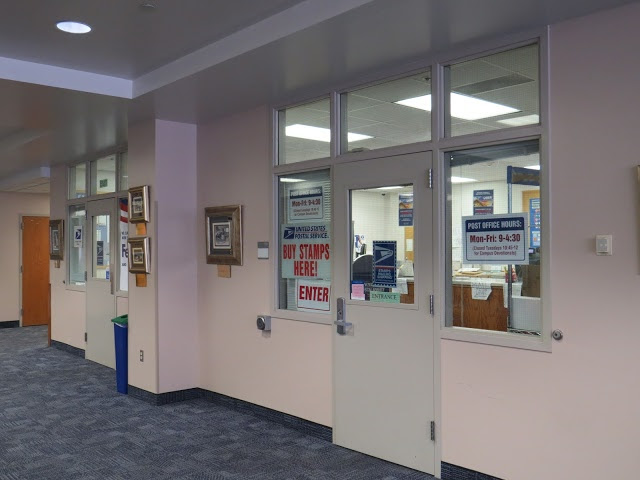 BYU Print and Mail operates the CPU at the Wilkinson Center, and also has an operation a half-mile north on East University Parkway. Photos of the Mail Services operation there were taken by Postlandia friend John Gallagher, and they can be found here (ext.) and here (int.).

Price: Utah State University Eastern CPU
Head from the developed regions of the Wasatch Front, which includes all the places we've seen thus far, toward the stunning vistas of Arches and Canyonlands National Parks in eastern Utah, and you're likely to take the road through Helper and Price in Utah's Carbon County. The county is so-named for its coal deposits, though the area is also a sizable producer of natural gas. Utah State University Eastern is located in Price, and maintains an enrollment of 2,000. USU Eastern's Contract Postal Unit is informally known as "Eagle Station," and it is located just inside the N 300 E [street] entrance to the Purchasing/Police building. 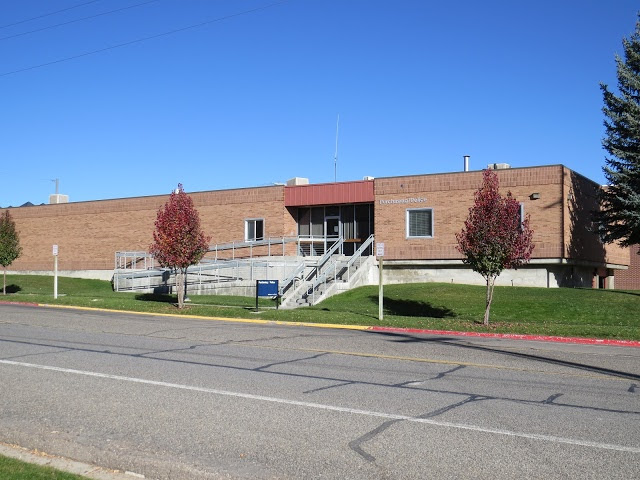 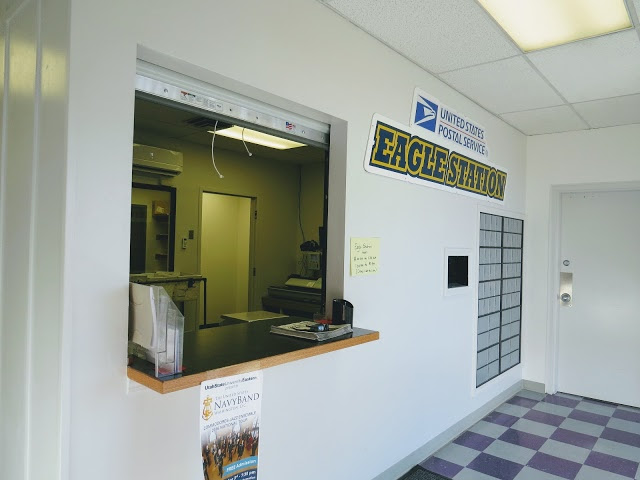 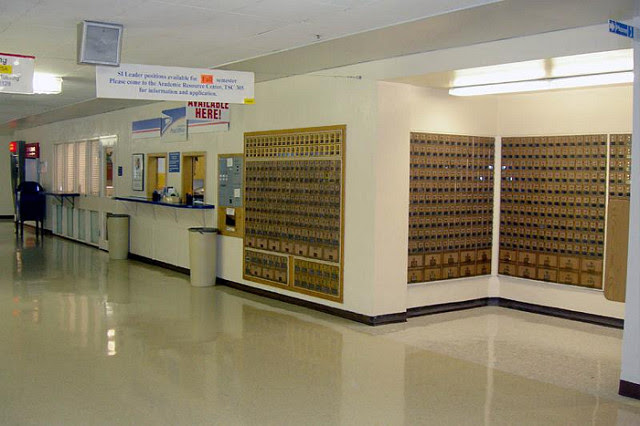