In the far north of central Indiana, 15 miles east of South Bend, lies the city of Elkhart. With a population of 50,000 the city's roots lie with the Village of Pulaski; established in 1829, Pulaski consisted of "a Post Office, mill, and a few houses on the north side of the St. Joseph River." (Wikipedia)

George Crawford was the first Postmaster of Pulaski, serving from June 6, 1829 to January 1839, at which point he was succeeded by Nathan Helmick. After a rival town named Elkhart was established by Dr. Havilah Beardsley next to Pulaski, the post office was renamed Elkhart on March 14, 1839, with Nathan continuing to serve as Postmaster. Paul Petosky, in February 2017's PMCC Bulletin, presented this historic photo of Mr. Helmick and his wife, Susannah Ross; it was supplied by Steve Squier, their great-great-great grandson. 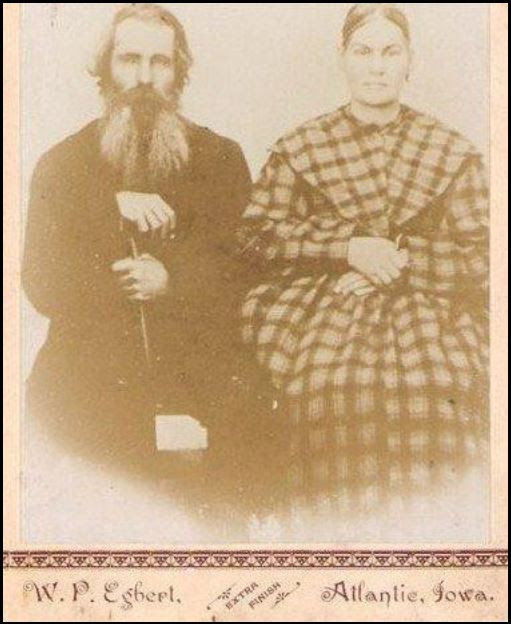 The first building erected for postal use was located on West Jackson Blvd., a half block west of Main Street. Built in 1868, the building served for about two decades before being relocated. The building has been recently restored and is part of a private business today. Here is a view of the old building taken in 2012. 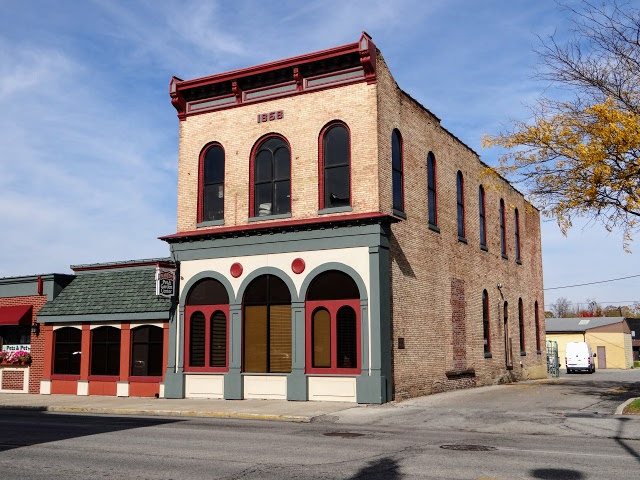 A sizable federal building was constructed just down the block from the historic 1868 post office. Several stores adjacent to the 1868 building, including "a bicycle shop, a fish market, and a shooting gallery," were demolished to make way for the new facility, which opened in 1905 (Elkhart Public Library). A National Register of Historic Places documentation form details the 1905 federal building further:

"The [historic] district boasts some especially fine Neoclassical Revival buildings from the early twentieth century. Outstanding is the former post office, since rehabilitated into a bank, completed in 1905 on the northwest corner of Main and Jackson, the northernmost point of the district. Solid and substantial, of limestone with a granite foundation, its restrained exterior exhibits a dentilled cornice and pediment over the main entrance, which is flanked by Ionic columns."

Below are a National Archives photo of the newly completed post office taken in 1905; and a photo of the building from 2012, in use as a PNC Bank. 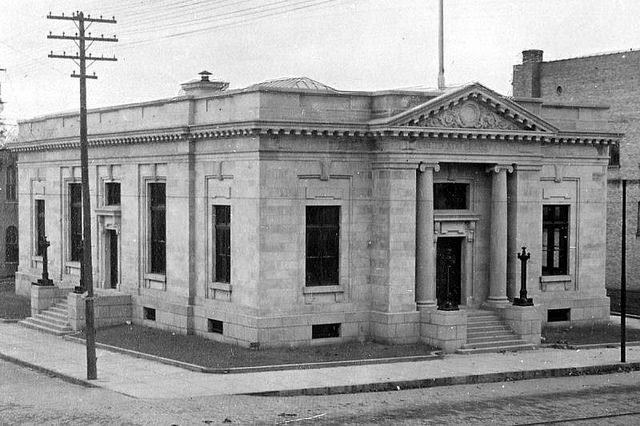 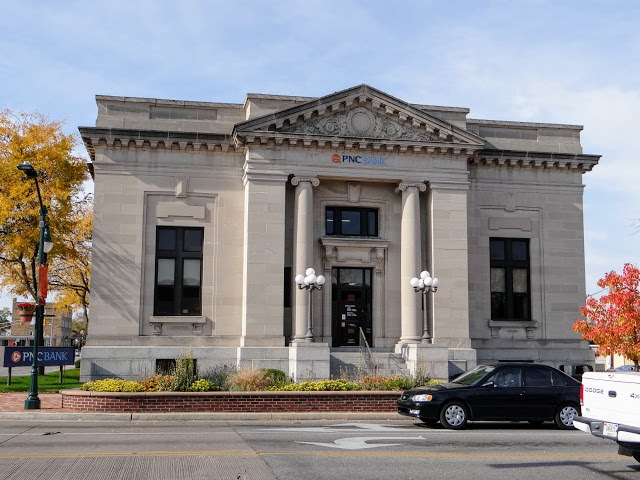 Five blocks south on Main Street a new post office was constructed during the mid-'60s. Occupied in April 1965, USPS pays $7.00 per square foot rent for this 31,000-square-foot facility. 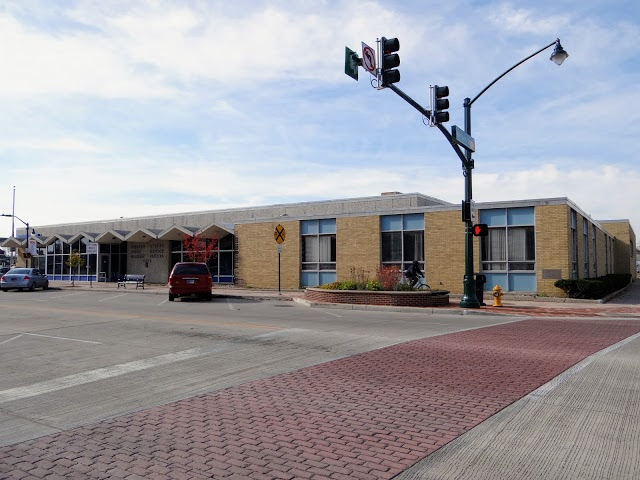 We end our Elkhart tour with a visit to Heart's Desire, an antique / collectible / arts and crafts store in which lies a friendly Contract Postal Unit (CPU). 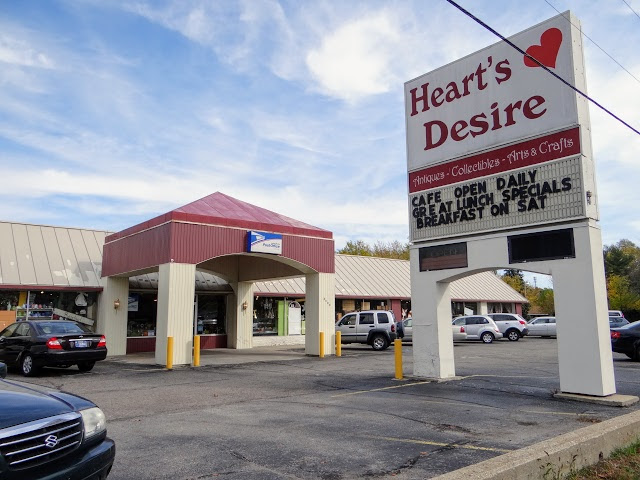 The store gets a Nice Touch Award for having multiple guidance lines on the floor to lead you from the front to your destination within the complex. Here's the point at which the yellow line delivers you to the restroom (let's not pause to consider how apt that might or might not be); the blue line brings you to the CPU. 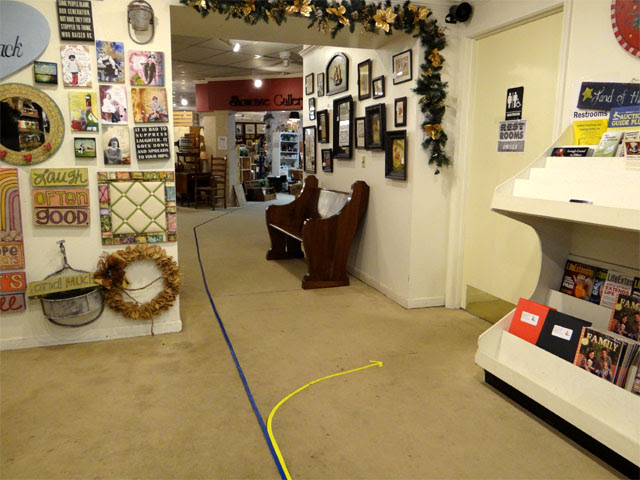 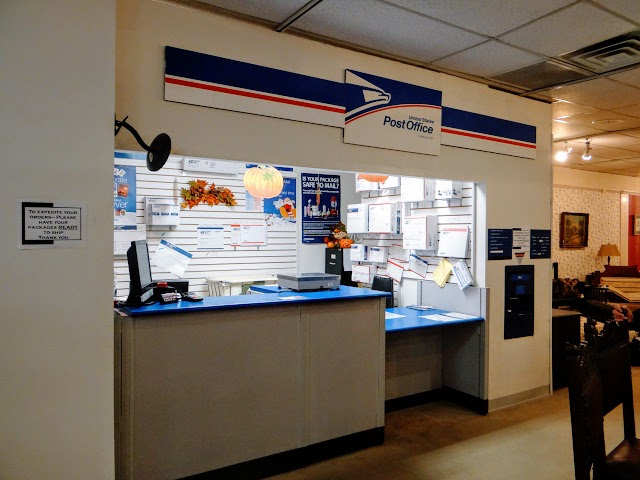