In the shadow of Mount Washington, at the start of the road to the famous Cog Railway, lies a historic resort that's more than a century old. In 1902 The Mount Washington Hotel opened its doors, and this corner of New England continues to serve as a winter sports destination. I got to visit the site on a wintry February day. 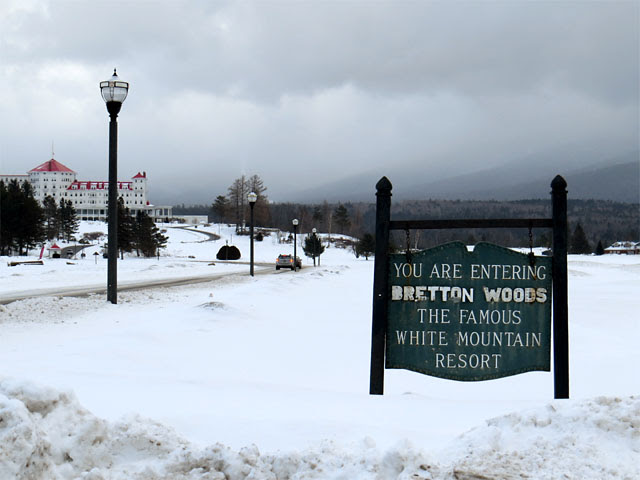 The building houses quite a bit of history.

In 1944, The Mount Washington hosted the Bretton Woods International Monetary Conference. Delegates from 44 nations convened, establishing the World Bank and International Monetary Fund, setting the gold standard at $35 an ounce and designating the United States dollar as the backbone of international exchange. The signing of the formal documents took place in the Gold Room, located off the Hotel Lobby and now preserved as an historic site. 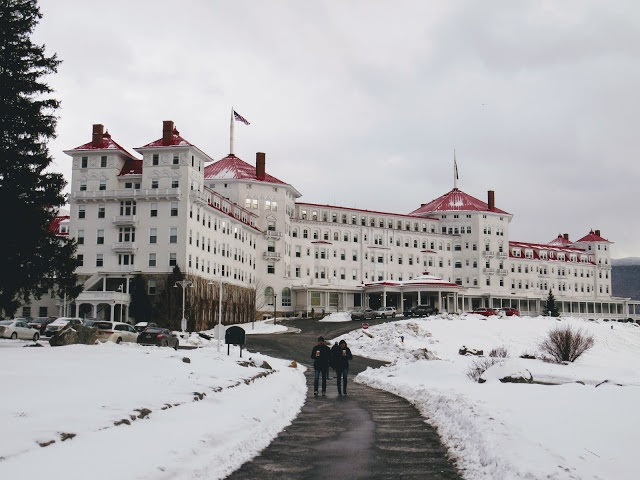 For our purposes, the hotel is also home to a friendly and photogenic post office in the form of a Community Post Office (CPO), a subset of Contract Postal Unit (CPU). This means it's operated by a contractor, but offers most standard postal services at the same prices as an official Post Office. 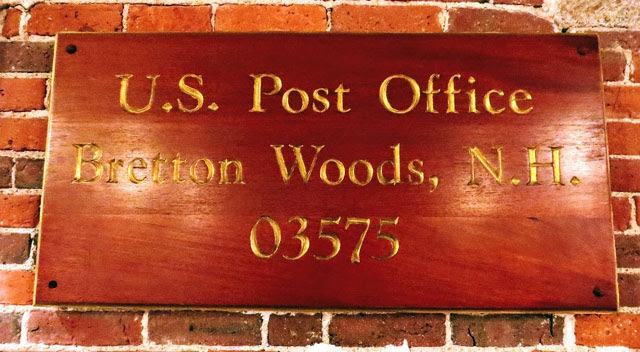 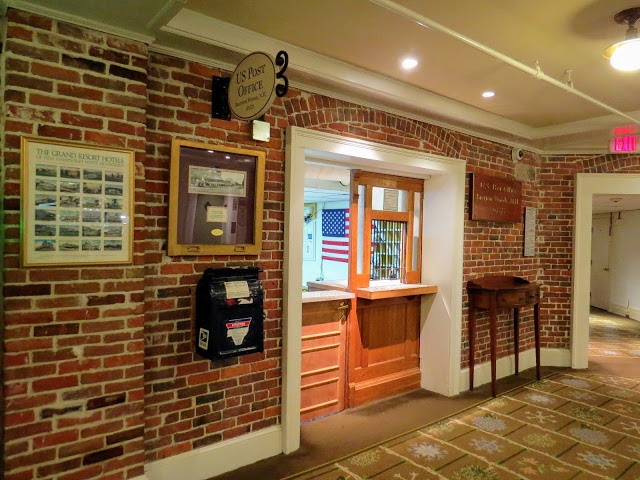 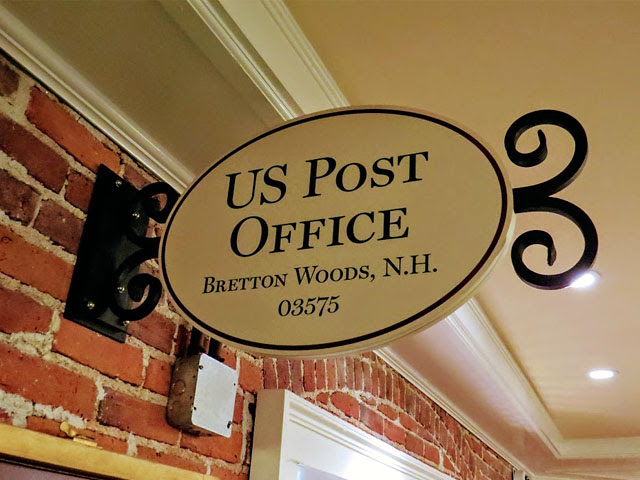 You can read a bit more about the history of mail services here to the right of the window.

The history of the Bretton Woods post office is complicated, as detailed on USPS's Postmaster Finder. Originally established as the Mount Pleasant House post office in Grafton County on July 24, 1884, the operation was iscontinued on October 1, 1887. The operation was reestablished on July 10, 1888, in Coos County ("CO-aahs" -- imagine the word cooperate); renamed Bretton Woods in October 31, 1902; discontinued March 31, 1943 and once again reestablished July 6, 1944. The official United States Post Office was discontinued on February 11, 1966, but was finally reestablished as a contract facility in the form of a Rural Branch with the parent post office of Twin Mountain. Postlandia friend Kelvin Kindahl sheds further light on more recent developments: Rural branches were designated as Community Post Offices (CPOs) in 1977; and with the advent of POStPlan the administrative office for Bretton Woods was changed to Whitefield as of Feb. 23, 2013." 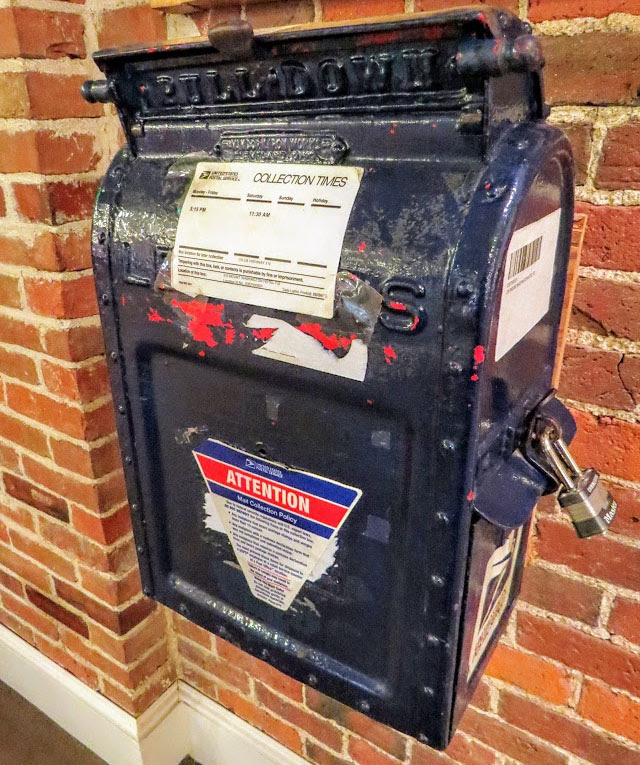 A really cool piece of the operation's history can be found in the 1943 postal scale. It has multiple 20-pound weights you can apply to weigh even rather heavy packages.