For part four of my series on eastern PA offices, I thought I'd offer a change of pace. I've discovered a few places in the country wherein a ski lodge represents the center of (or sole) commercial operations of a community. They also contain the sole postal operations in the community. Each possesses P.O. boxes and a retail counter. Of these three, one is a contract office, and two are independent P.O.s.

1. Lanesboro, MA: Hancock CPO:
I first looked for this post office (CPO) in the physical town of Hancock (where, in fact, it was once located). A resident noted to me that the office, while it had once in the town, was now a couple of miles away in the ski lodge within its general store; I found it here: 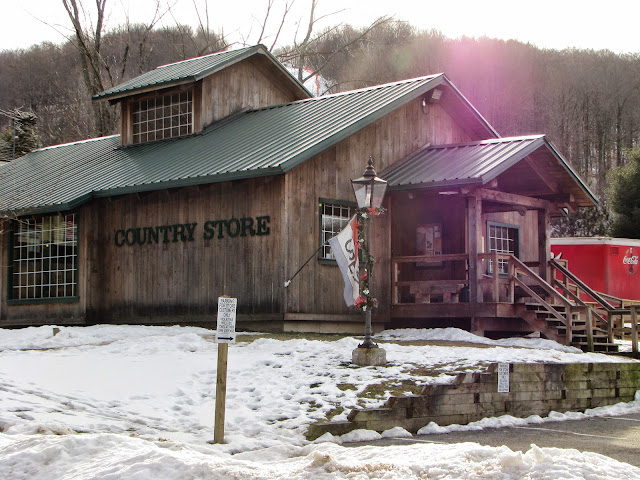 There I also purchased a Vanilla Coke!

The detour was not a loss, however. In addition to seeing a quaint public library, I also discovered this fantastic hand-crafted sign honoring veterans from Hancock: 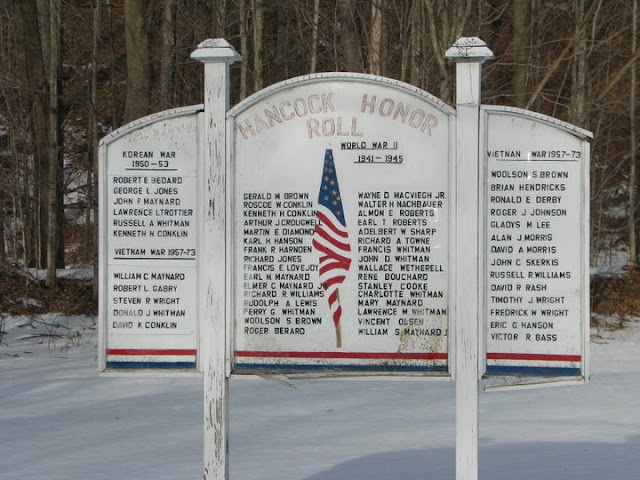 2. Skytop, PA:
This office, in a postally dense part of the Poconos, is in the back of the massive Skytop Lodge, located at the top of map below. (Other offices are located in each of the four other towns shown on the map, down to Cresco.)

With the address "0 Skytop Lodge", one had to use logic to discover its location. It's in the back of the huge building (left image) -- pretty much the only one around. The right image shows a closeup of the post office sign. The office lies in the back corner of the building: 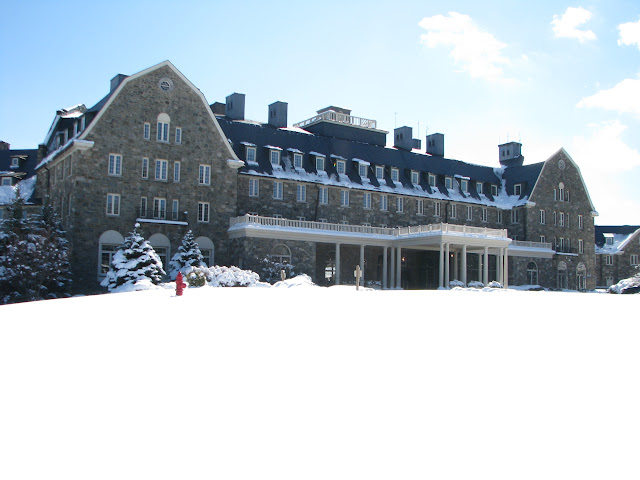 3. Pocono Manor, PA.
Located in the basement of "0 Pocono Manor", the resort lodge in a semi-private community, this was another interesting find. The resort was buzzing due to what could have been a wedding ceremony. 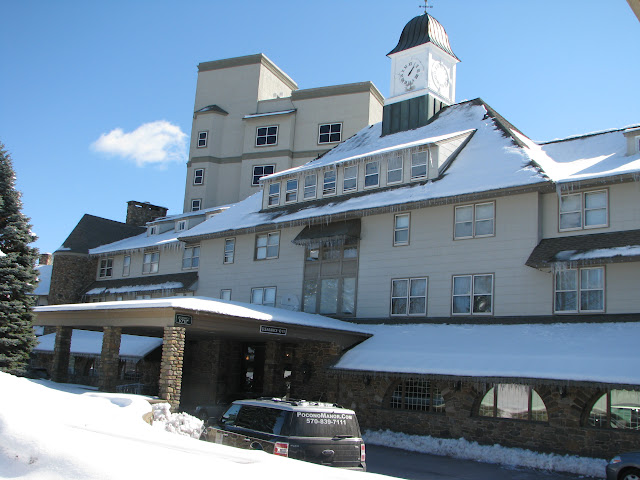 While there appeared to be approximately 150 boxes in Hancock and Skytop, Pocono Manor possessed about 300 boxes.
Posted by Evan K. at 10:55 AM