Doing so many postal runs in the Northeast lately has made me nostalgic for lower latitudinal pastures. A year ago I took my spring break to Hawai'i and visited 80 post offices on two islands. (While doing other things, I assure you!) Two posts that detail experiences in Hawai'i can be found here: Big Island, Small Office and here: An Actually Colorful Post Office.

In this post I'll feature a couple of post offices from the Big Island's leeward (western, more precipitation-shielded) side.

When I flew from O'ahu to the Big Island of Hawai'i I stayed in a town up the hill from Kailua-Kona called Holualoa. The area is known for its Kona coffee, and the post office has had pictorial cancellations done for its Kona Coffee Cultural Festival. I visited the Mountain Thunder plantation while I was there. Here is Holualoa's post office: 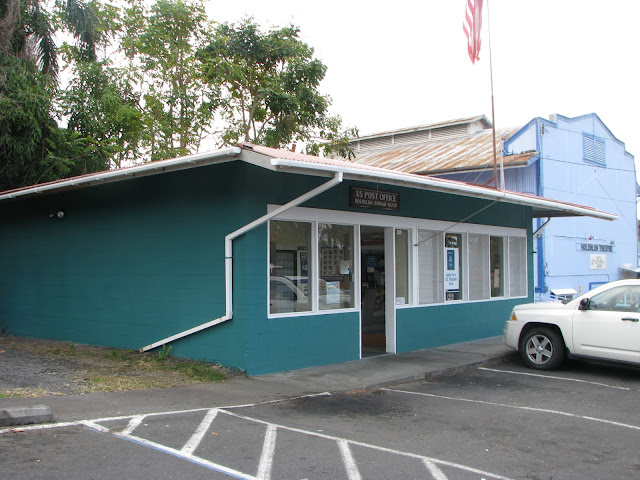 Captain Cook (1728-1779) was memorialized on a pair of two 13-cent U.S. stamps issued in 1980. He was the first European to reach the Hawaiian islands. Known for his navigation skills and his cartographic prowess, he eventually died in a fight at the hands of Hawaiian natives. 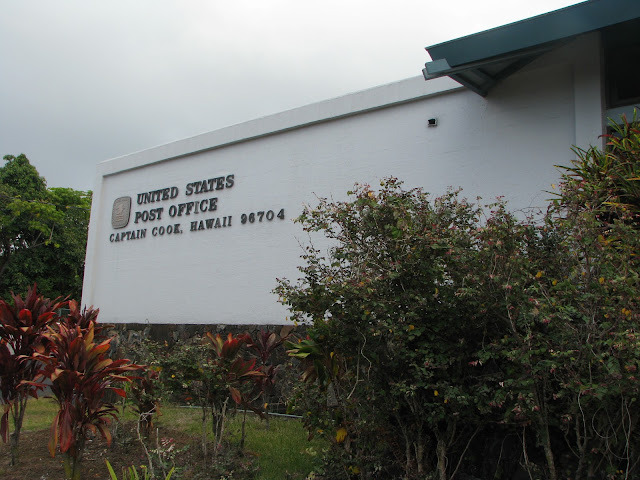 Kailua-Kona maintains a contract unit (CPU) in the Kailua Candy Co. store. The store makes some good chocolate and looks good in a photograph, too: 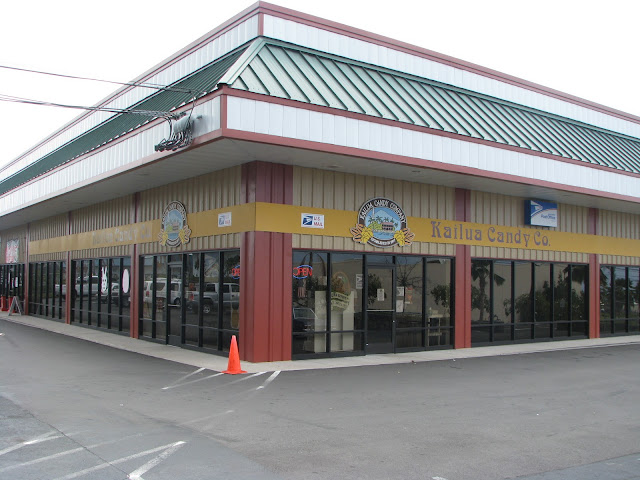