Welcome to Part 2 of Going Postal's eastern PA experiences, as they happen. Today I visited 23 active post offices as well as several former sites. (More about those in another post.) Among the offices I visited was Elmhurst, PA, which experienced its last day. Meaning, it is now closed. Technically the office is temporarily suspended, but such offices rarely re-open in practice.

The town is approximately five linear miles southeast of downtown Scranton, but it is on the other side of a ridge and utterly rural.

Here's a cartographic summary of the situation (i.e., a map):


The office was already in the process of being cleaned out when I arrived at about 10:30. I was able to obtain last-day cancels, and even the former Postmaster, Lois Smith, stopped in to say hello. She was nice enough to record a little interview with me outside the office. The Last Postmaster, Addie, is now reassigned to a different Scranton-area office.

The Elmhurst office was effectively in someone's basement. Here is a photo of the building: 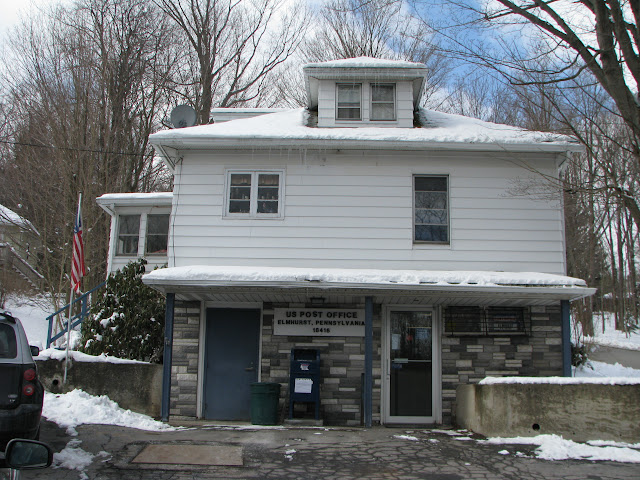 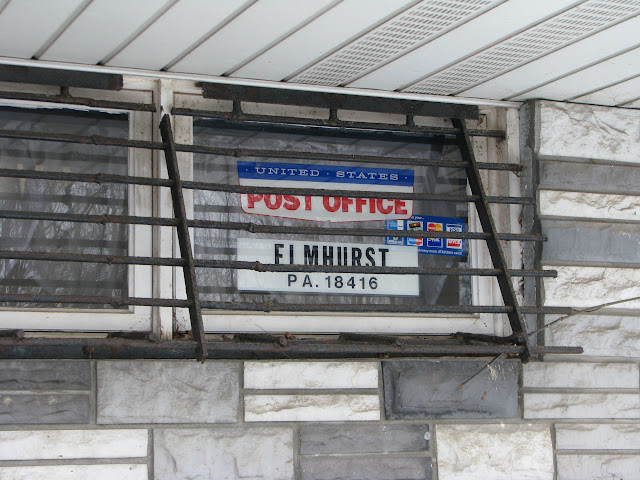