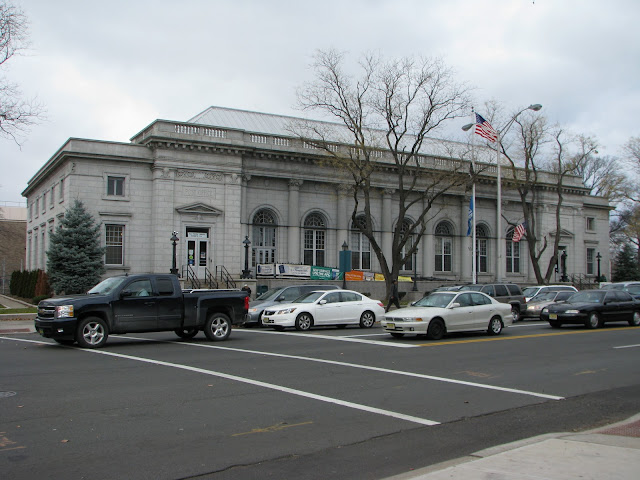 Elizabeth is the fourth largest city in New Jersey, with a population of nearly 125,000. The grand Elizabeth Main Post Office was built in the 1920s. The interior of the office features a vaulted lobby spanned by arches, supported by marble columns. It could remind one of a small cathedral sans stained glass windows. Beautiful postmarks are available if you find the right supervisor. The city features several postal branches and stations, most of which (unlike most urban post offices) possess four-bars!

Norma is a small town just west of the rather large town of Vineland. The postal architecture is standard, and can be found all around the country. It's near Bridgeton, two of whose offices were featured in this post. The town and post office of Rosenhayn (beautiful name) lie a couple of miles away.

Dorothy is one of a chain of post offices within a few-mile span along Route 40, east of Vineland. They're largely photogenic -- Dorothy's is in what I suspect was once a house -- and represent small communities. Others along that stretch of road include Estell Manor, Richland, and Mizpah.
Posted by Evan K. at 6:04 PM